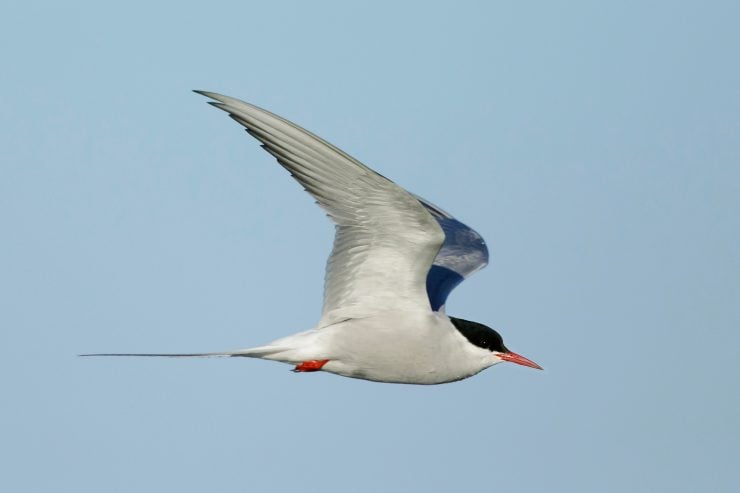 The Arctic Tern is a bird famous for both its migration journey and the record speed at which it completes it. Every year, the Arctic Tern migrates from the Arctic – its breeding grounds – to Antarctica for the summer season. That’s a 25,000-mile trip!

However, that’s hardly the most impressive part of the Arctic Tern.

With an average flying speed of about 24 miles per hour, the arctic bird is known as one of the fastest migratory birds on earth.

One big question people have about the Arctic Tern is why (and how!) they travel such long distances so quickly.

The Arctic Tern loves the cold and the sun and follows the sun to ensure two summers. Moving from the top of the world down to the bottom is no easy feat, but these birds have a few tricks up their sleeves to help their migration process be as fast and efficient as possible. 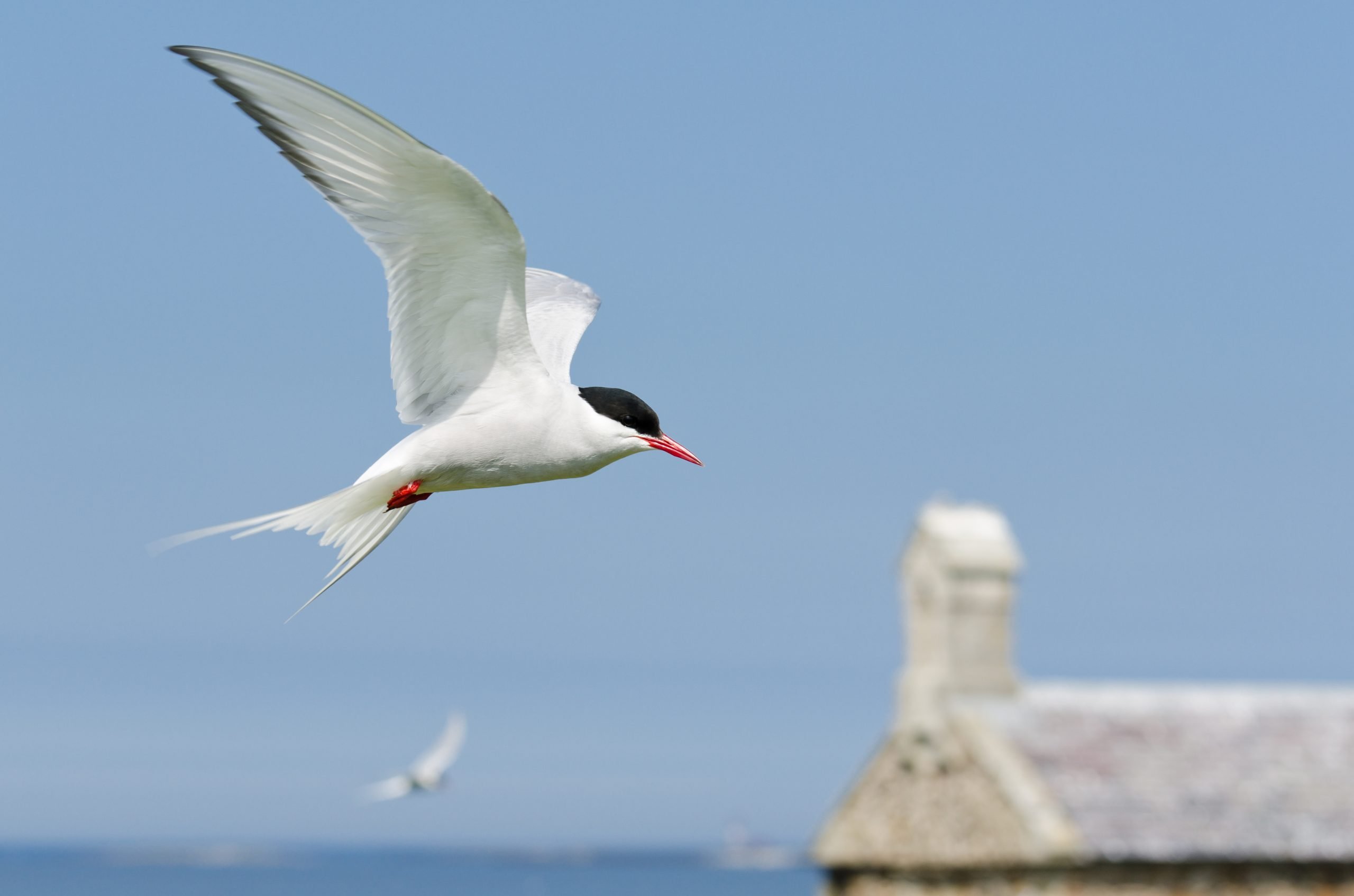 The Arctic Tern has a few tricks that aid in their ability to travel thousands of miles in a relatively short amount of time.

First, the birds travel above the ocean rather than the land. This allows them to not have to go out of their way in order to feed. When hungry, the Arctic Terns “dive bomb” the water to grab fish, and eat it on their way, preventing any time loss. For the Tern, fast food is not just easy, but a true necessity!

The Arctic Tern has also mastered the art of gliding. A good amount of their migration journey is spent this way, which conserves a huge amount of energy.

While gliding, the tern is actually able to sleep! Not for long amounts of time, of course, but a hearty power-nap can really help on the long journey.

The Arctic Terns also molt once they get to their desired location, allowing them to grow new feathers before the next trip across the world. This way, the Tern does not have to rely on damaged feathers that could disrupt the speed of their trip.

Luckily, the bird also has a body built for flying long distances. A small body with a skinny beak, long wings, and a pointed tail makes for an excellent long-distance flying bird. 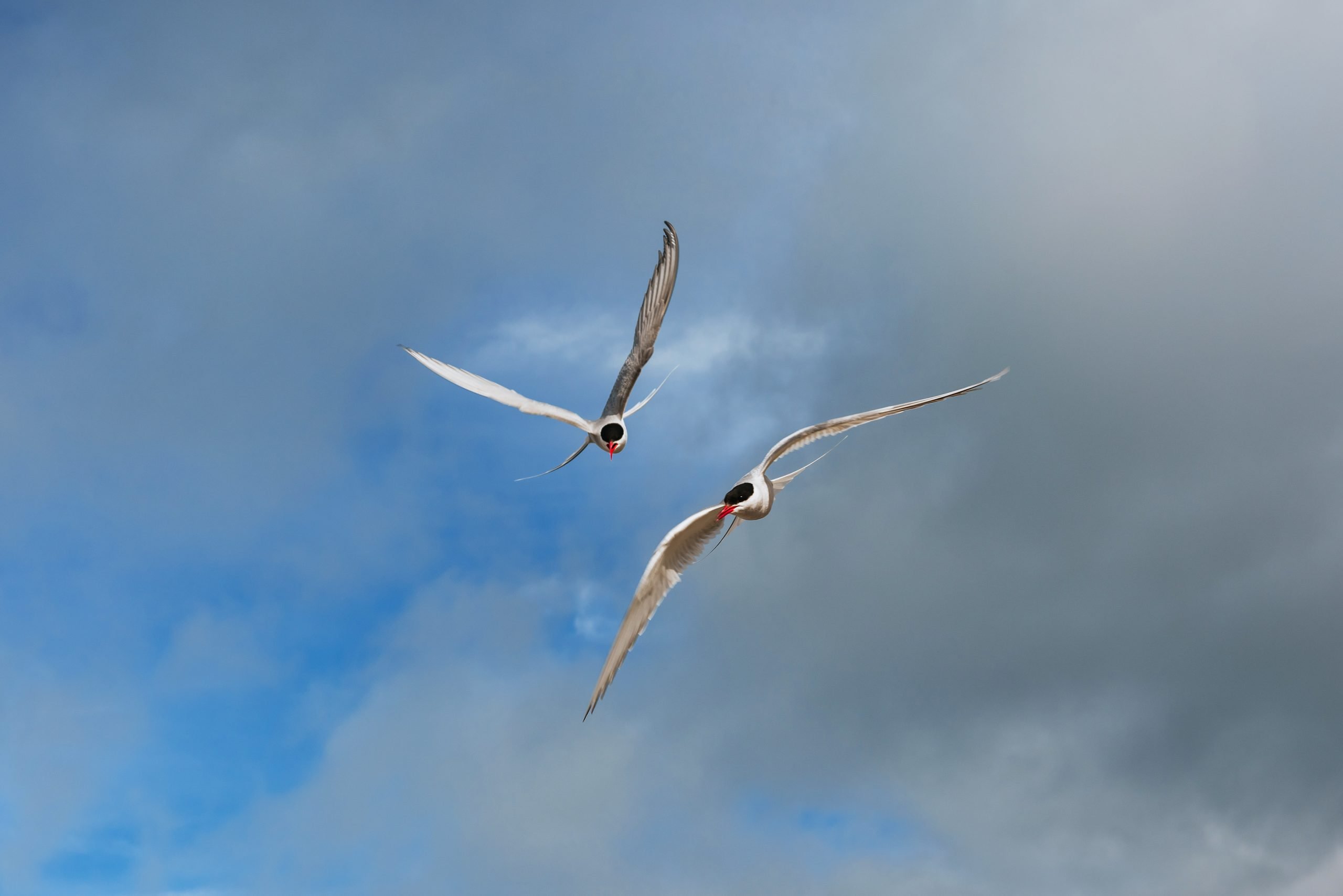 How Long Does This Migration Take?

The Arctic Tern may be a little bird (weighing just 3.5 ounces) but they have a big goal. Traveling 25,000 miles over the open ocean not only takes guts, but energy and speed.

Luckily for the Tern, its long and pointed body, new and improved feathers, and many long-distance tips and tricks allow for the completion of their 25,000-mile journey in just 40–90 days (depending on the direction they are traveling in).

The Arctic Tern can travel 25,000 miles in just 40 days with a speed of 24 miles per hour. Being one of the fastest migratory birds, the one that travels the most distance, and the one that purposefully seeks out chilly environments, we believe that the Arctic Tern deserves a good amount of respect from its fellow earth inhabitants.