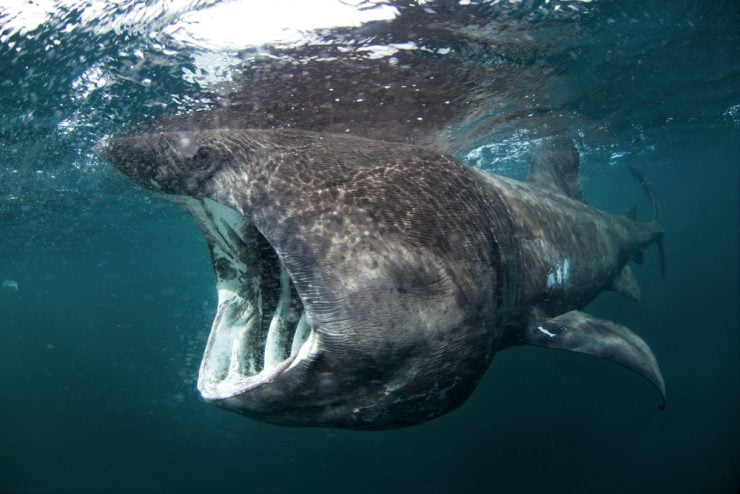 The Basking Shark is one of the largest marine species to roam the open waters.

Reaching heights of up to eight feet long, these greyish-brown creatures are known for being plankton-eating sharks, one of three main shark types to do so (the others being whale sharks and megamouth sharks).

On the other hand, basking sharks don’t find themselves interacting with many predators, either, as their size and biological composition have them sitting atop the marine life food chain. Rather, they are one of the predators, even if they don’t always behave like one.

How harmful are they to humans, though, if it all? Considering their appearance, the answer might surprise you.

Are Basking Sharks Threatening to Humans?

Basking sharks are very slow-moving animals, moving at about 2.3 miles per hour on average. This makes them highly unlikely to chase after boats or anything that can travel significantly faster than them.

Unlike Great White Sharks, Basking Sharks tend to shy away from boats and human contact, which means they’re a passive species.

However, this doesn’t mean that humans should just ignore the sheer size and power of a basking shark. Rather, we should make sure to be mutually respectful with the behemoth creatures, especially when trying to fish.

Despite a basking shark’s relatively harmless nature, contact with its skin should actually be avoided whenever possible, as its dermal denticles have caused damage to divers and fishers before.

In general, the basking shark is a popular fish catch among deep sea fishers because of its tolerant nature, which has put its future survival at risk due to overexploitation.

Overall, though, the basking shark is actually quite benign given its size and ocean predator status. 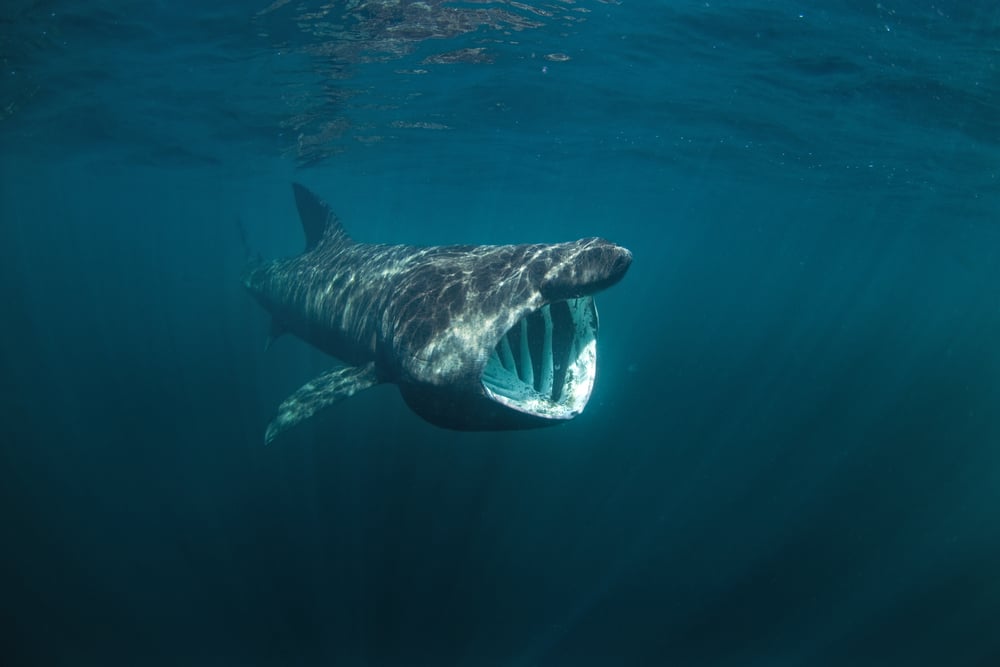 Has Anyone Ever Been Killed by a Basking Shark?

In 1937, off the coast of Kintyre, Scotland, three men drowned when a basking shark allegedly came into contact with their boat and capsized it.

Of course, this was likely just an accident on the part of the basking shark, rather than an act of mal intention.

As mentioned earlier, the basking shark doesn’t really have much interest in humans and their boats.

Also, basking sharks don’t really bite their prey, so even if a human was to come in contact with a basking shark, the human’s chance of survival would stand to be pretty substantial when also considering how slow a basking shark swims.

Freak accidents such as the aforementioned 1937 boating accident do occur, however, which only makes it more necessary that boaters continue to exercise caution out on the water, even around less harmful species like the basking shark.

For the most part, basking sharks are pretty adept at keeping to themselves.

Basking sharks are very passive creatures and aren’t of much danger to humans.

If anything, humans are more threatening to basking sharks than vice versa, since the latter are high commodities on the seafood market and among fisheries. This has resulted in overfishing of the species.

Today, many Asian countries use the basking shark for food (mainly fins), as medicine in China and even its cartilage is used as an aphrodisiac in Japanese culture.

Still, fishers and scientists should be careful to respect the size and strength of a basking shark, as its skin is rough and can inflict wounds on those who touch one.

In addition, you just never know whether you’ll be one of the three unlucky British men to drown as a result of an accidental collision with a basking shark.

It’s best to just be cautious with a basking shark, and learn to respect each other’s space.

What Are The Different Types of Sea Bass

How Paradise Began: The Formation of Hawaii