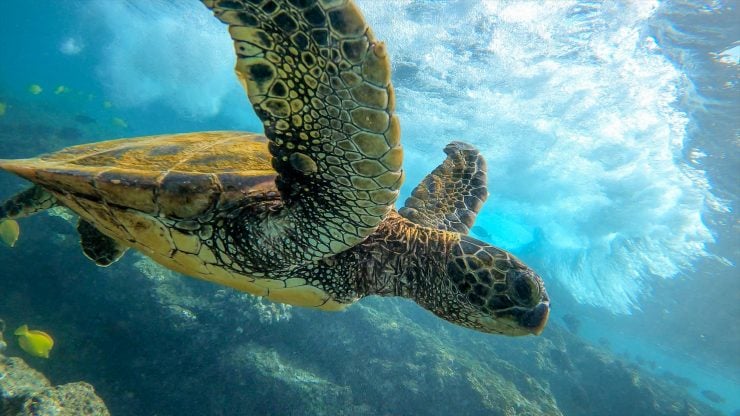 While they mostly remain solitary, they’re actually proficient swimmers and are able to stay underwater for long periods of time.

What’s the Deepest a Green Sea Turtle Can Dive?

Green sea turtles can really dive deep when they need to, though, being able to reach depths of as much as 960 feet on average!

However, some turtle species such as the leatherback turtle can dive as far down as 3,000 feet below sea level!

The farthest sea turtle deep dive ever recorded was 3,937 feet below sea level.

These are surprising figures even when considering how good sea turtles are at swimming.

What’s even more ludicrous about a green sea turtle’s ability to dive deep is that biologically speaking, it shouldn’t be able to achieve such depths. 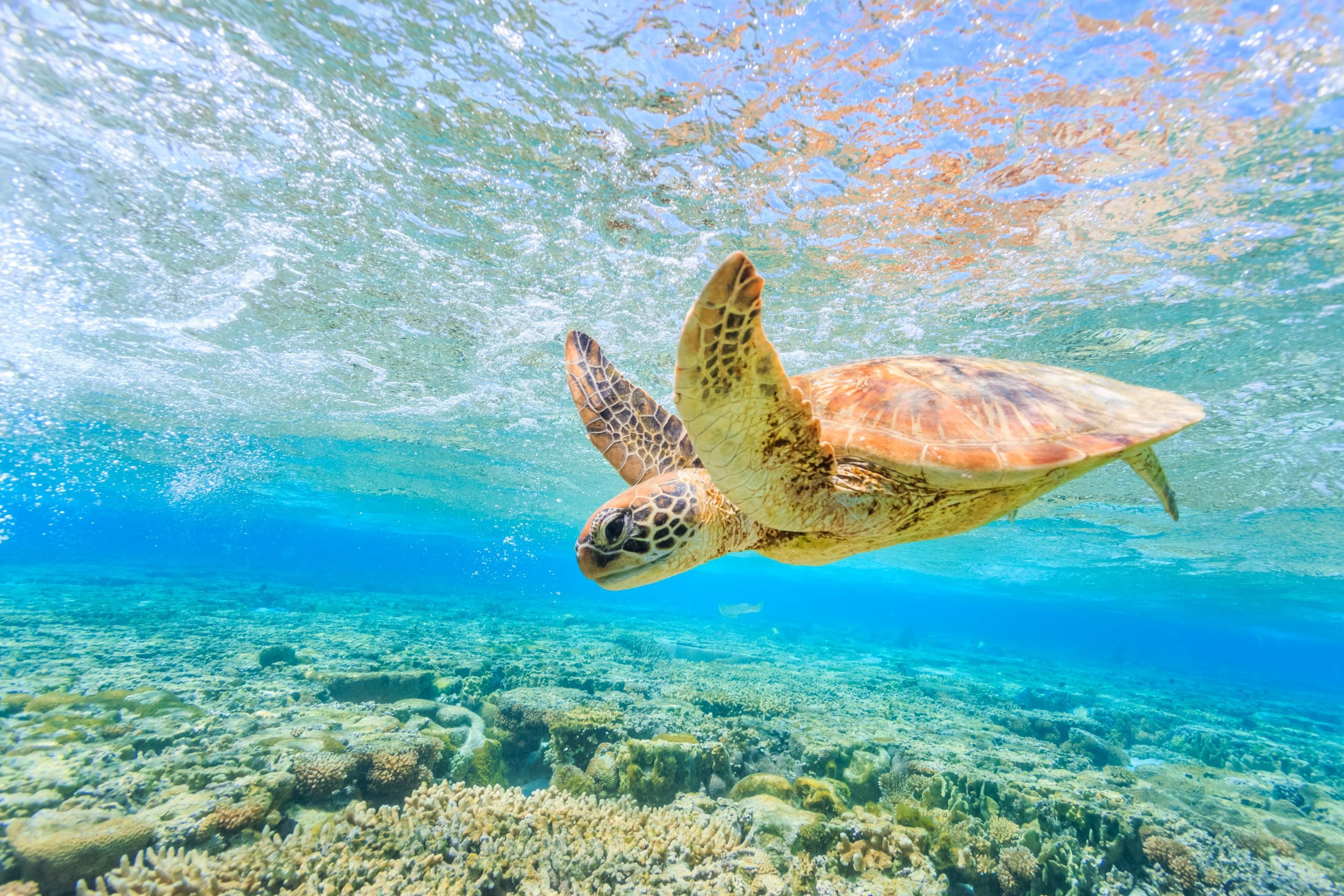 How Can a Green Sea Turtle Dive So Deep?

The composition of a green sea turtle should really inhibit the species from being able to dive deep underwater, especially when its shell can offer plenty of resistance against currents.

But this speaks to how amazing the phenomenon really is.

Green sea turtles, much like other living creatures, need oxygen to survive.

What makes the green sea turtle (and other turtle species) unique is the ability to hold their breath while underwater for hours at a time; between four and seven hours when in a resting state.

This is because a green sea turtle’s heart rate slows down significantly during a rest period, enabling it to conserve energy and oxygen.

In addition, green sea turtle skin is adept at absorbing lots of nitrogen during the diving process, which blunts some of the impact of pressure from diving so deep.

Because a green sea turtle can dive so deep, they can find all kinds of places to camp out at night and even scour around for food the way other marine species aren’t necessarily able to.

A green sea turtle’s deep-diving ability is a true asset for its survival. 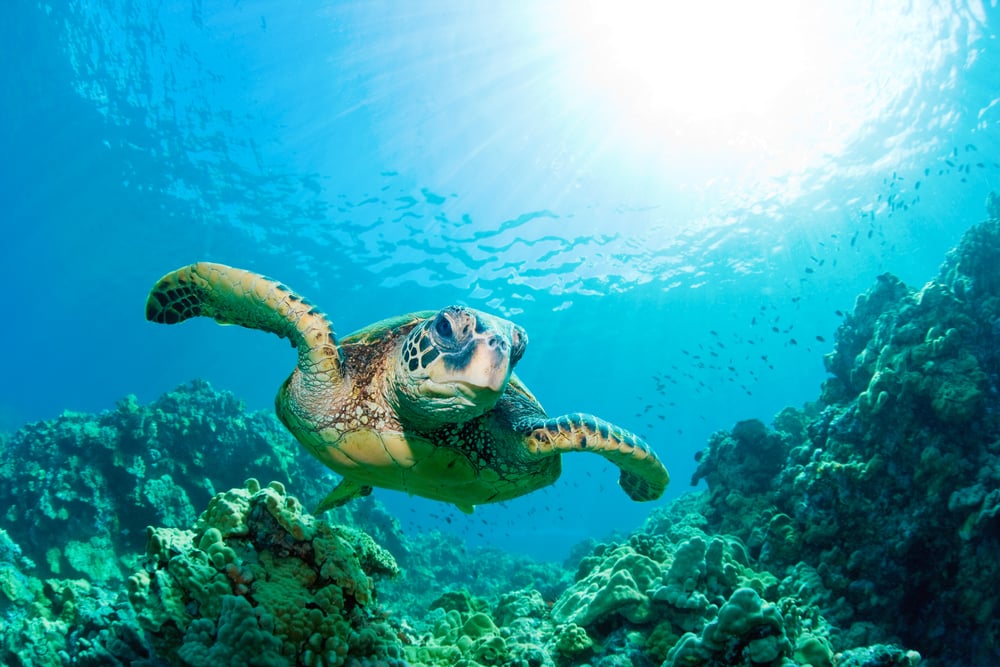 Why Can Some Sea Turtles Dive Deeper Than Others?

The ability for a sea turtle to dive deep really comes to shell composition.

Due to its more flexible shell, a leatherback sea turtle is able to dive much deeper underwater than a green sea turtle, whose shell is typically more rigid.

Also, a leatherback turtle has lungs that can collapse and compress at remarkable depths while also minimizing the impacts of underwater pressure, which a green sea turtle does not possess.

In general, though, all sea turtle species contain enough oxygen within their blood flow and muscles to be able to withstand incredible depths while diving.

A green sea turtle doesn’t appear to fit the prototype of a marine species that should be able to withstand deep sea diving.

In reality, however, that assumption is rather untrue.

Green sea turtles have incredible lung capacities and the ability to ease the pressure that comes with diving by storing oxygen in its blood flow and absorbing nitrogen through its skin pores.

All of these factors essentially mitigate the assumed resistance that you’d think a shell would provide in a green sea turtle’s attempt to deep dive.

So the next time you see a green sea turtle deep under water during a diving trip, don’t be too shocked!