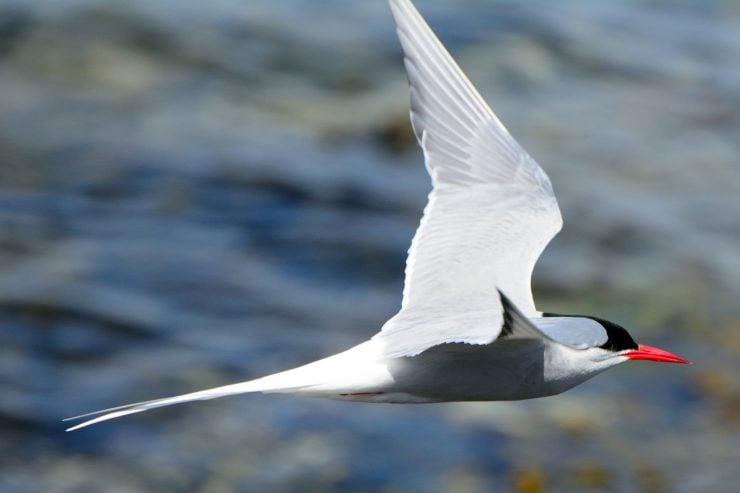 The Arctic Tern is a little bird with a big love for traveling. The Arctic Tern may migrate as far as 25,000 miles a trip, two trips a year! Talk about getting those frequent flyer miles!

So how is this small bird able to complete such a trip in such a short amount of time, and what does its journey look like?

Migrating Distances of the Arctic Tern

Arctic Terns are known to fly a distance between 37,000 and 50,000 miles round trip every year in its pursuit of the sun. Most birds tend to fly longer distances averaging 25,000 miles each way.

As Arctic Terns are known to live multiple decades (with a life expectancy between 20 and 30 years), they rack up a lot of miles in their lifetimes. Total distances by the end of their lives sometimes exceed 1.5 billion miles! That’s equivalent to three round trips to the moon!

Even though it has proved its ability to easily fly long distances, and could very likely travel anywhere it wants, the Arctic Tern does not like to stray from its comfort zone. The Tern always returns to the same place, year after year. 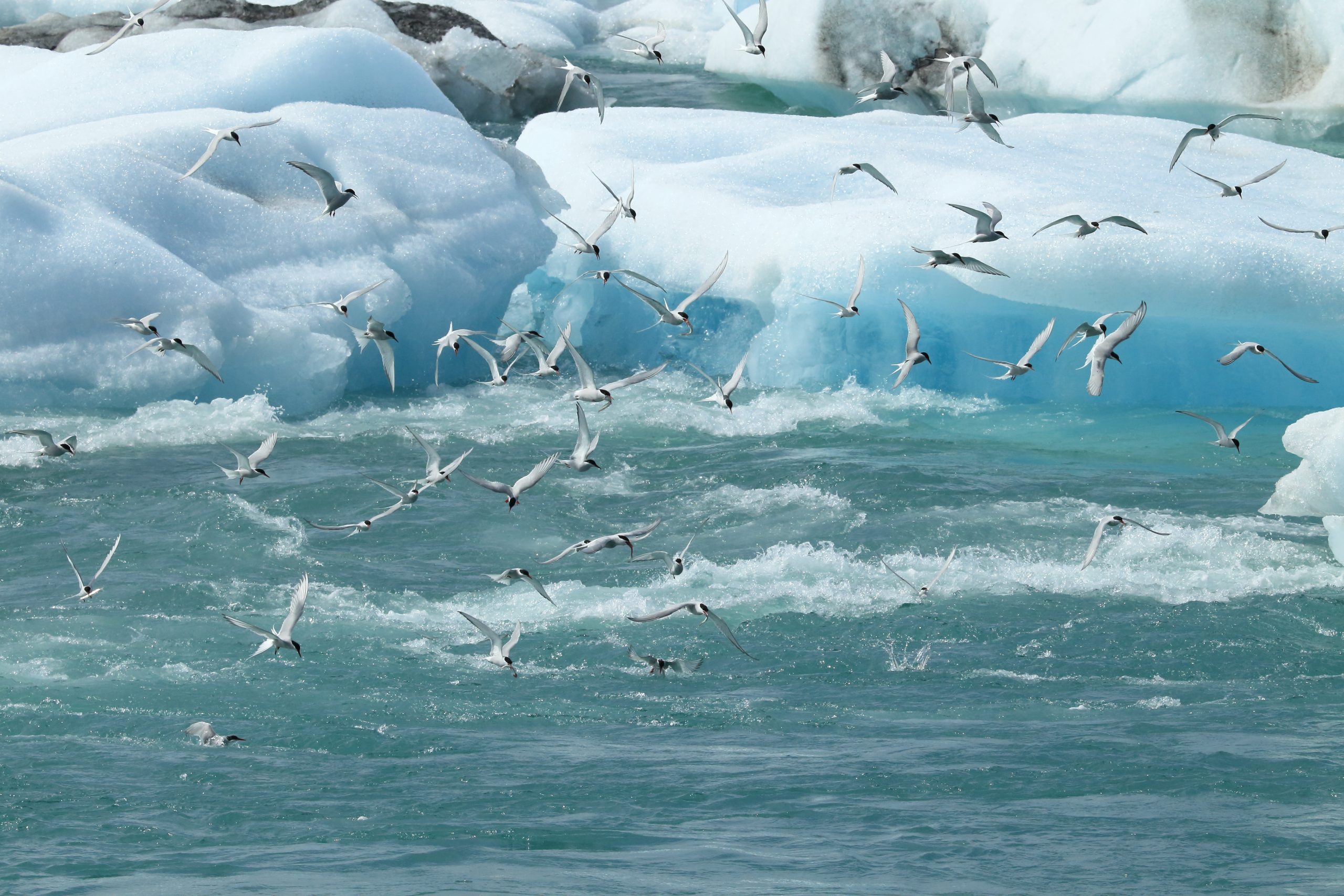 The Arctic Tern travels from the northern arctic circle to Antarctica (and back!) every year. Such a long and tiring journey deserves a respectable reason for its annual embarkment. So why does this arctic bird travel to the locations it does?

The Arctic Tern receives the most sunlight out of any animal on earth. They enjoy the cold, but they enjoy the sun even more. Thus, they ensure that they are only present in an arctic area during the summertime.

The northern summer provides the arctic with 24 hours of sun, which the Arctic Tern seems to very much enjoy as it spends the entire arctic summer there. However, they have no desire to stay for the 24 hours of darkness that comes during the winter.

This is why the Arctic Tern embarks on its insanely long journey to the other end of the earth. When it is winter in the arctic, it is summer in the Antarctic, thus providing another opportunity for 24 hours of sun!

Time Spent in Each “Summer Home”

The Arctic Tern usually lives in the arctic from April or May through August. The arctic is the location where the Terns breed and raise their young, preparing them for the long trek ahead.

Around August, the bird will embark on an approximately 90 day journey to the other end of the earth. They tend to arrive in Antarctica in November, and usually stay until February.

Once they have soaked up the summer sun, they make their trip back to their nesting grounds in the arctic. 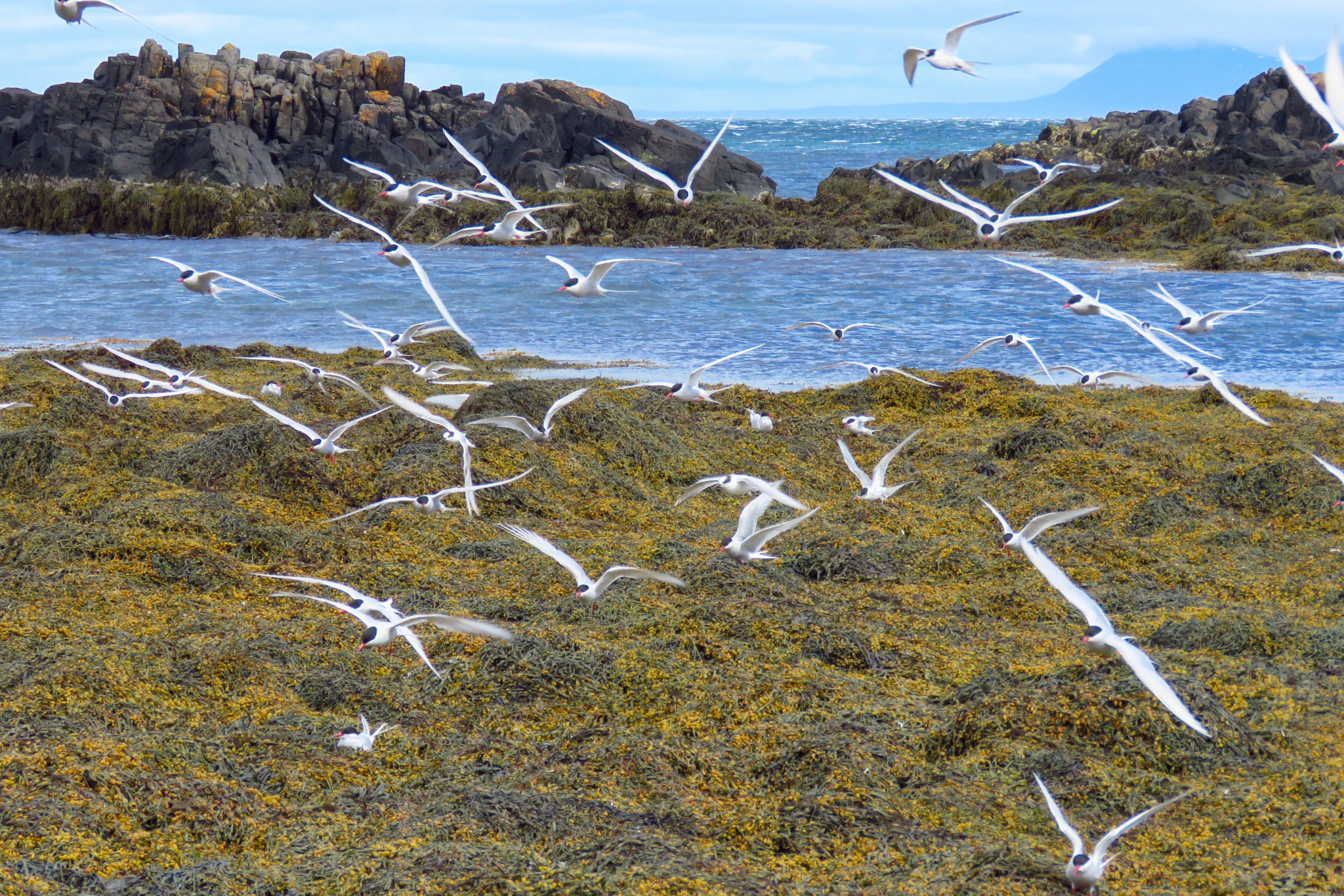 The Arctic Tern may travel far, but they have many clever tricks to help them survive the 25,000 mile trip!

One such trick is that they fly over the ocean almost the entire length of their migration path. While that sounds a bit daunting, they do this to follow the fish and ensure that they don’t need to stop for food on the way. When the Terns get hungry, they simply divebomb the water to find a snack for the road – talk about fast food!

The Arctic Tern also has a habit of falling asleep at the wheel, but this type of nap is far from dangerous. Terns are able to glide for extrordinarily far distances if they so choose, and tend to catch a few winks of sleep after putting themselves on autopilot!

The Tern also prefers to fly in the same group that they live with. Taking a three month road trip with a few hundred of your closest friends and family may not sound like everyones cup of tea, but it at least makes the trip an entertaining one!

One trick that the Arctic Tern does not need to learn is that it is built for flying long distances. The little bird only weighs 3.5oz, but is about 13 inches in length and has a 30 inch wingspan. They average a speed of 24mph on their journey. That’s a lot of flying ability with very little to actually lift off of the ground, making long distance trips rather easy! 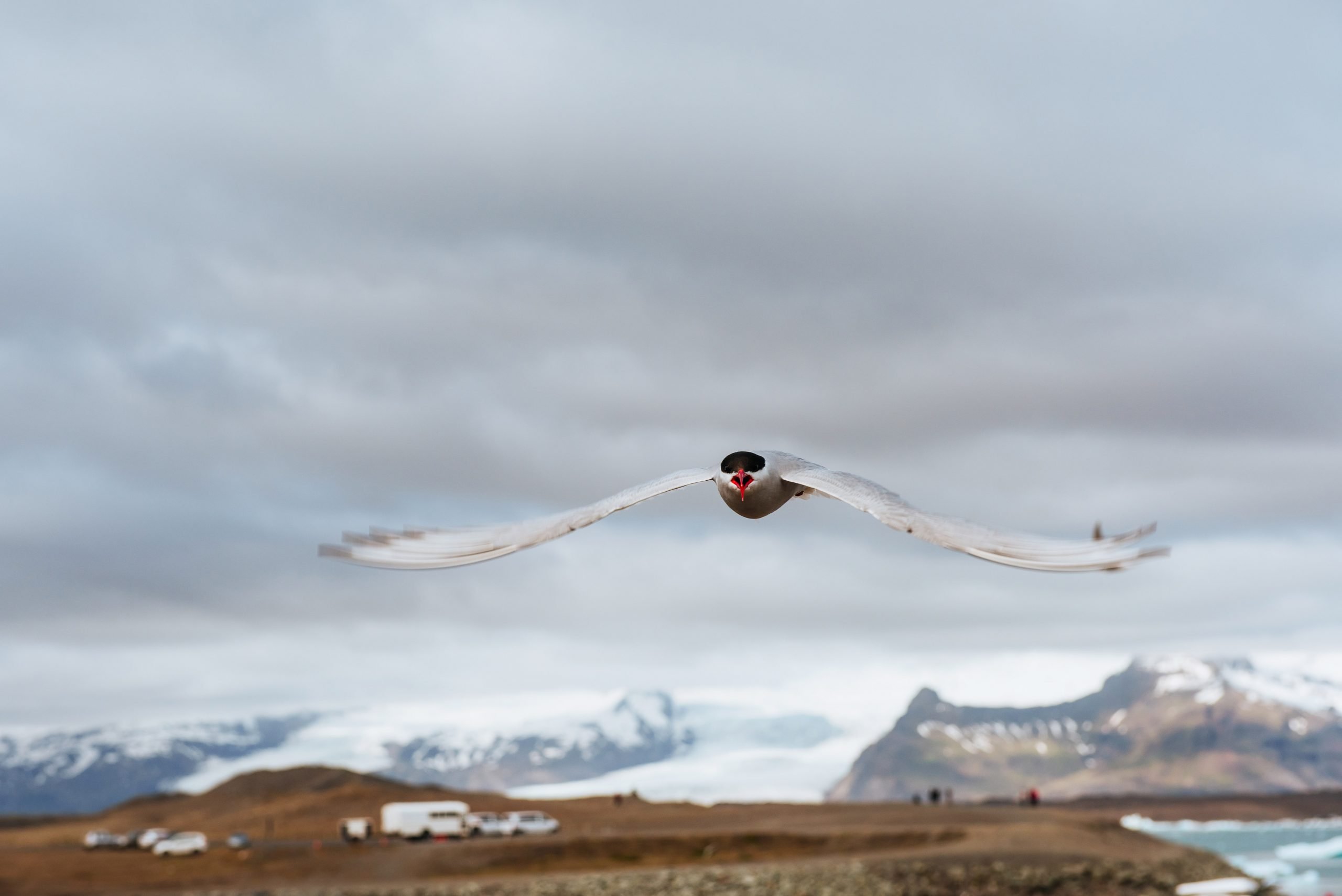 The Arctic Tern has a little body but a big dream: to follow the sun. While it may sound romantic, it is something that this species has been doing for generations.

Being able to fly 25,000 miles in three months to opposite ends of the earth is a daunting task, but nothing seems impossible to the Arctic Tern so long as it gets to enjoy the summer weather!

And while we may recommend to this bird different locations that they may prefer over the freezing cold and 24 hour sunlight of the Arctics, we don’t think they’ll be changing their migration path any time soon.