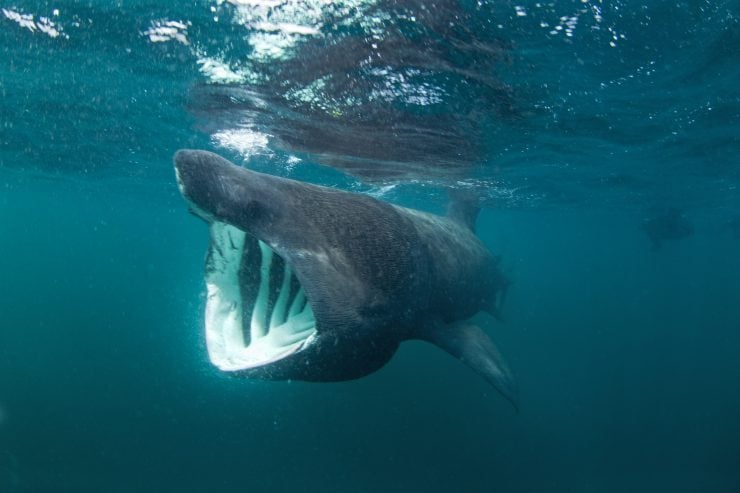 The basking shark is one of the largest shark species in the world.

As a marine predator and considering it’s status at the top of the food chain, that would mean basking sharks have to have large teeth by extension, right?

Keep reading on to find out if the basking shark has teeth.

Does a Basking Shark Have Teeth?

A basking shark, like most living creatures, possesses a set of teeth.

However, their teeth are actually quite small when compared to other shark species, or even other animals in general.

A basking shark’s teeth can measure in at about one-quarter of an inch long, almost microscopic.

Basking sharks have six rows of these miniscule teeth lined along the inside of their upper jaw and nine rows along the inner layer of their lower jaw, with 1,500 teeth in total.

The teeth on a basking shark are usually curved backwards and take on the shape of a conical cusp.

Interestingly, a basking shark’s tooth composition is identical on both sides of its mouth, meaning that if you were to look at basking shark teeth, each individual tooth would resemble one another greatly. 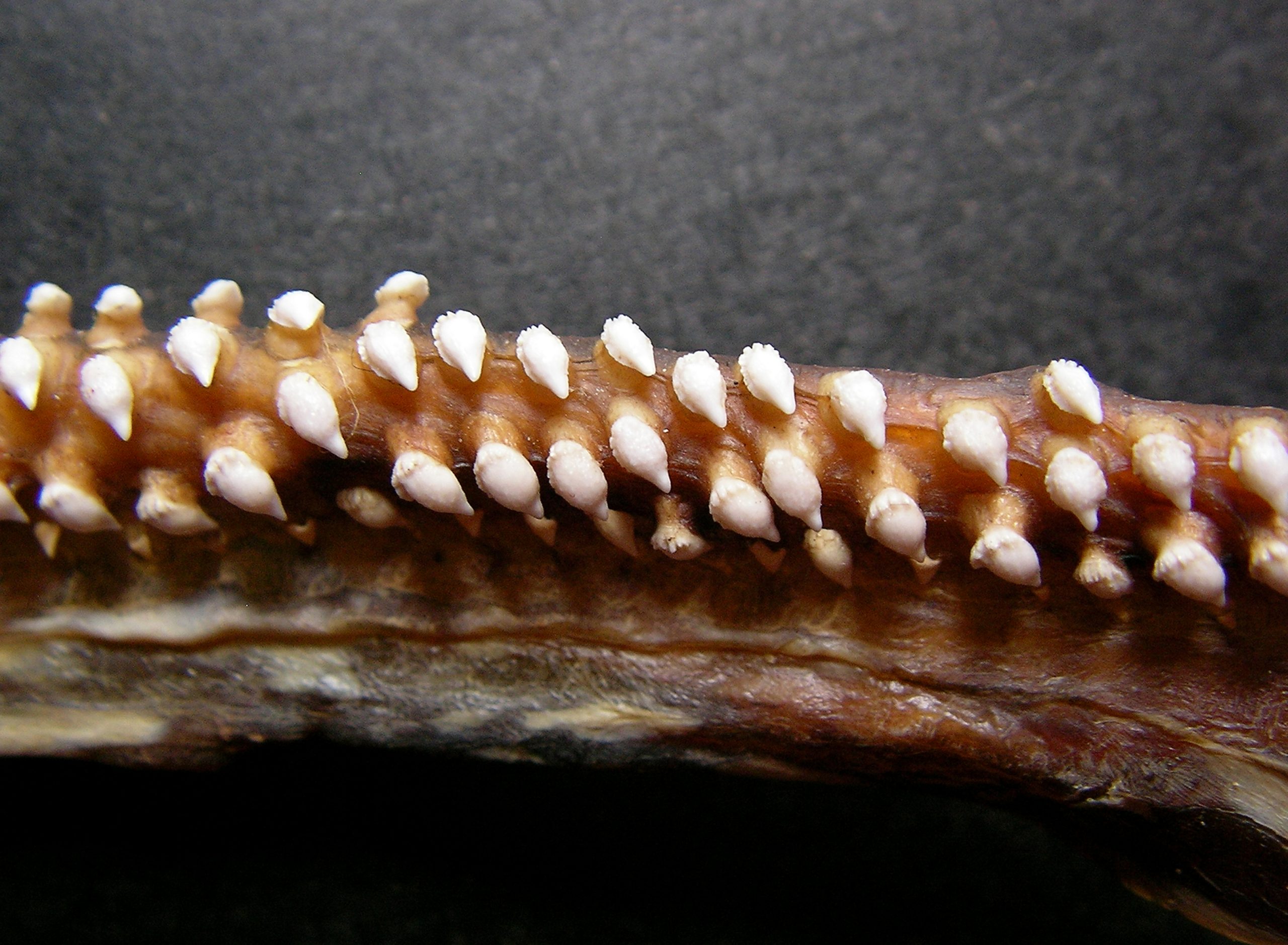 Why Do Basking Sharks Have Small Teeth?

Basking sharks don’t have the regular diet patterns of other shark species. Rather, they’re known as plankton-eating species. This means that they mostly consume plankton, smaller fish, and other microorganisms.

Basking sharks swim with their wide mouths open so that they can maximize the number of microorganisms they’re able to scoop up and eat at once.

Additionally, since plankton and other microorganisms are small in size, the basking shark doesn’t need to exert much energy to chew.

In fact, most of the basking shark’s prey can be swallowed with ease, eliminating the need for sharp incisors such as the ones of their cousins the Great White shark.

Their teeth don’t appear to serve much purpose, seeing as they mostly use their wide-open mouths to swallow their prey and gallons of seawater.

Seeing as most of their prey consists of microorganisms and small fish, it’s not surprising that the basking shark lacks large incisors.

In general, we’d suggest you keep your distance from these behemoth creatures because you never know when you might tick a basking shark off. Those 1500 teeth, although small, could still have the power to inflict quite a bit of damage.

For the most part, though, a basking shark’s teeth are merely there, rather than serving any kind of important function.

What Is the Deadliest Jellyfish?

What Species of Dolphins are Endangered?