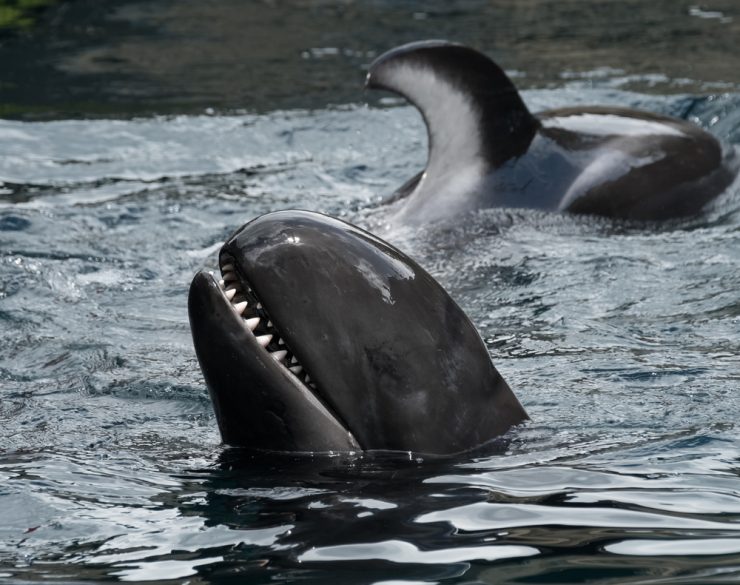 The False killer whale resides near the top of the marine food chain, preying on fish, squid and other forms of sea life.

These dolphins are also extremely social, which makes them susceptible to fishers and high levels of captivity.

Keep reading on to find out more about the status of False killer whales.

How Many False Killer Whales Are Left in the World?

Scientists are unsure about how many false killer whales there are in the world.

This makes their species status difficult to establish, as without a definite number, no one can know what the future of the false killer whale holds.

In a precautionary move, the International Union for Conservation of Nature (IUCN) listed the False killer whale as a “Near Threatened” species because of its uncertain nature.

However, scientists do have an estimate for the number of False killer whales off the coast of Hawaii.

According to NOAA, less than 200 False killer whales remain off the coast of Hawaii, and have been declining in population since 2000.

In fact, the United States has gone as far as listing the species living under its borders as “Endangered” through the Endangered Species Act. 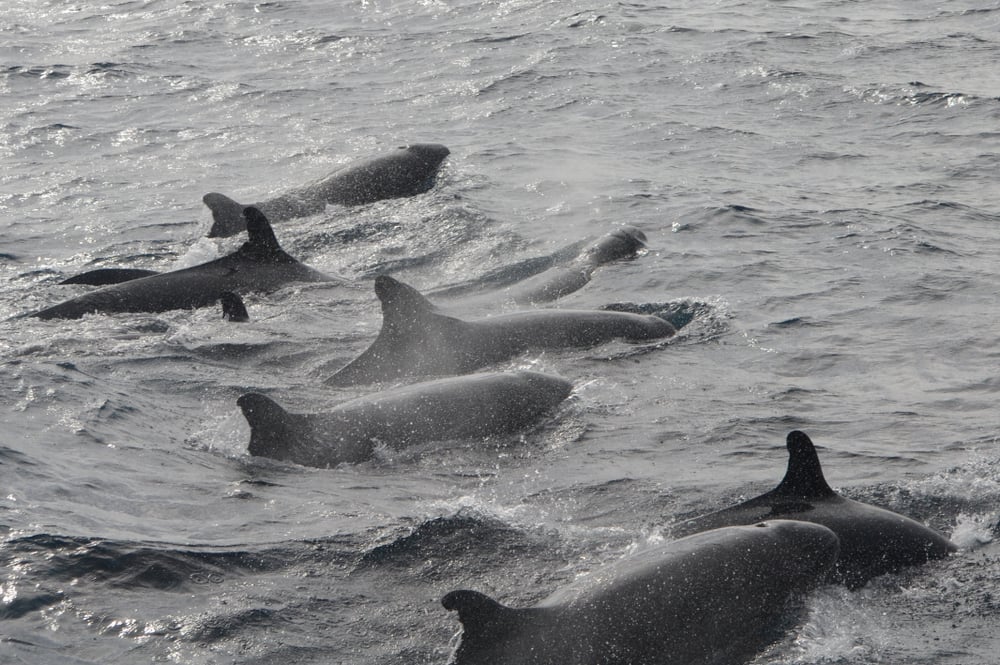 Why is the False Killer Whale Population Declining?

We can likely attribute the declining population of the False killer whale to its highly social nature, which puts the species in frequent contact with fisheries.

This reason hasn’t been fully vetted, though, as NOAA’s survey activity fluctuates every year.

Therefore, it’s hard to really know if the population of False killer whales is declining, stabilizing or perhaps even increased.

Additionally, with the species being naturally spread out across the globe, this makes tracking down a population estimate that much harder to accomplish.

What Do We Know About False Killer Whale Populations?

For all that we don’t know about the total number of False killer whales on the Earth, we do know where they tend to reside.

One of those places is off the coast of the Hawaiian Islands, as we mentioned earlier.

We also know that they can be found around tropical and semitropical oceanic waters, inhabiting mostly oceans and other deep-water areas.

False killer whales can be found throughout the Pacific Ocean, with some populations of the species reported to be clustered near the coasts of China and Japan.

Despite locating them geographically, the exact number of False killer whales in the world remains elusive. 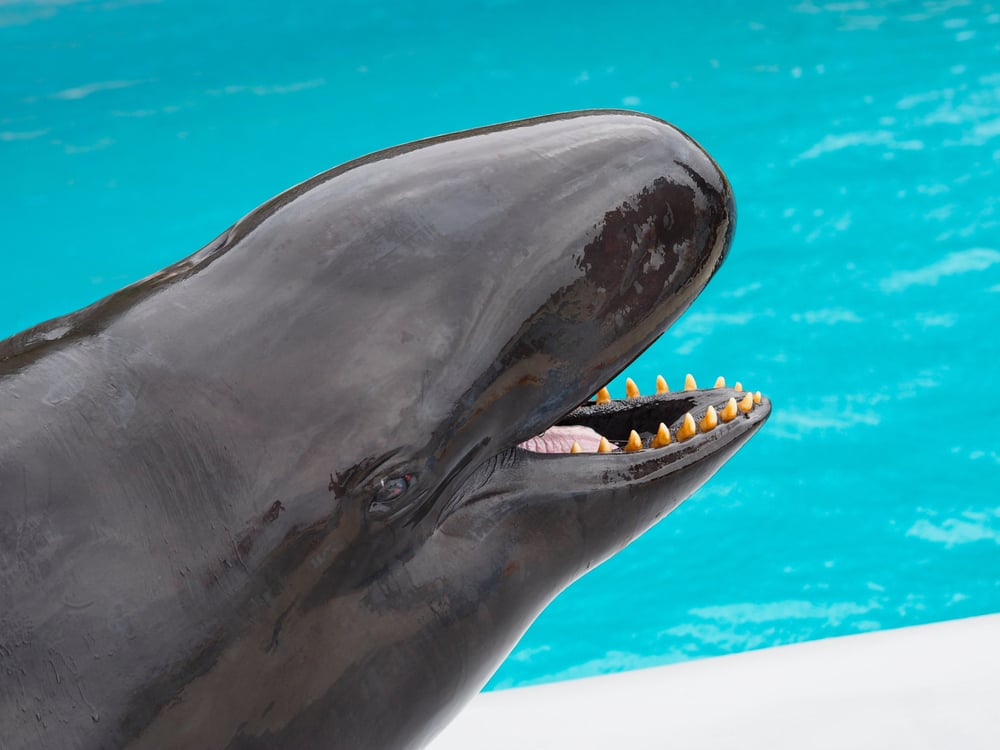 This is a question without a clear answer, as we’ve explored.

False killer whales are thought to live in the Pacific Ocean, with clusters of them found near Hawaii, China and Japan. The rest of the world’s False Killer Whale population total seems to be a mystery.

This makes it hard to give them any designation regarding their endangered status, so we’ll just stick with the IUCN’s “Near Endangered” status for now.

What Are The Different Types of Dolphins

What is the Rarest Type of Sea Turtle?

Why Are Hawksbill Turtles Endangered?