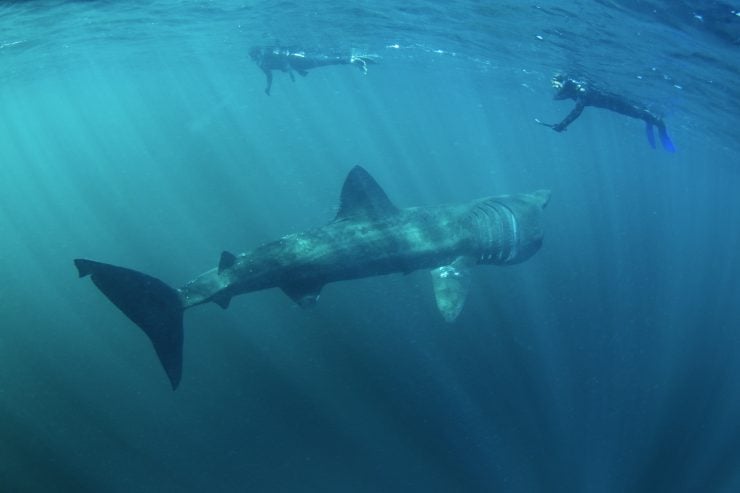 Chances are, if you were to encounter a basking shark, you would expect to get eaten.

Basking sharks are some of the largest marine species in the world, after all.

What if we told you that basking sharks actually don’t have much interest in human activity, though?

Can Basking Sharks Eat You?

Theoretically, a basking shark could eat you.

It’s jaw is enormous, measuring in at about one meter (approximately three feet) in width, lined with hundreds of tiny teeth.

That’s wide enough to consume at least one human in his or her entirety.

The wide jaw enables a basking shark to consume most of its prey in one swim, as it also moves slowly with its mouth open. 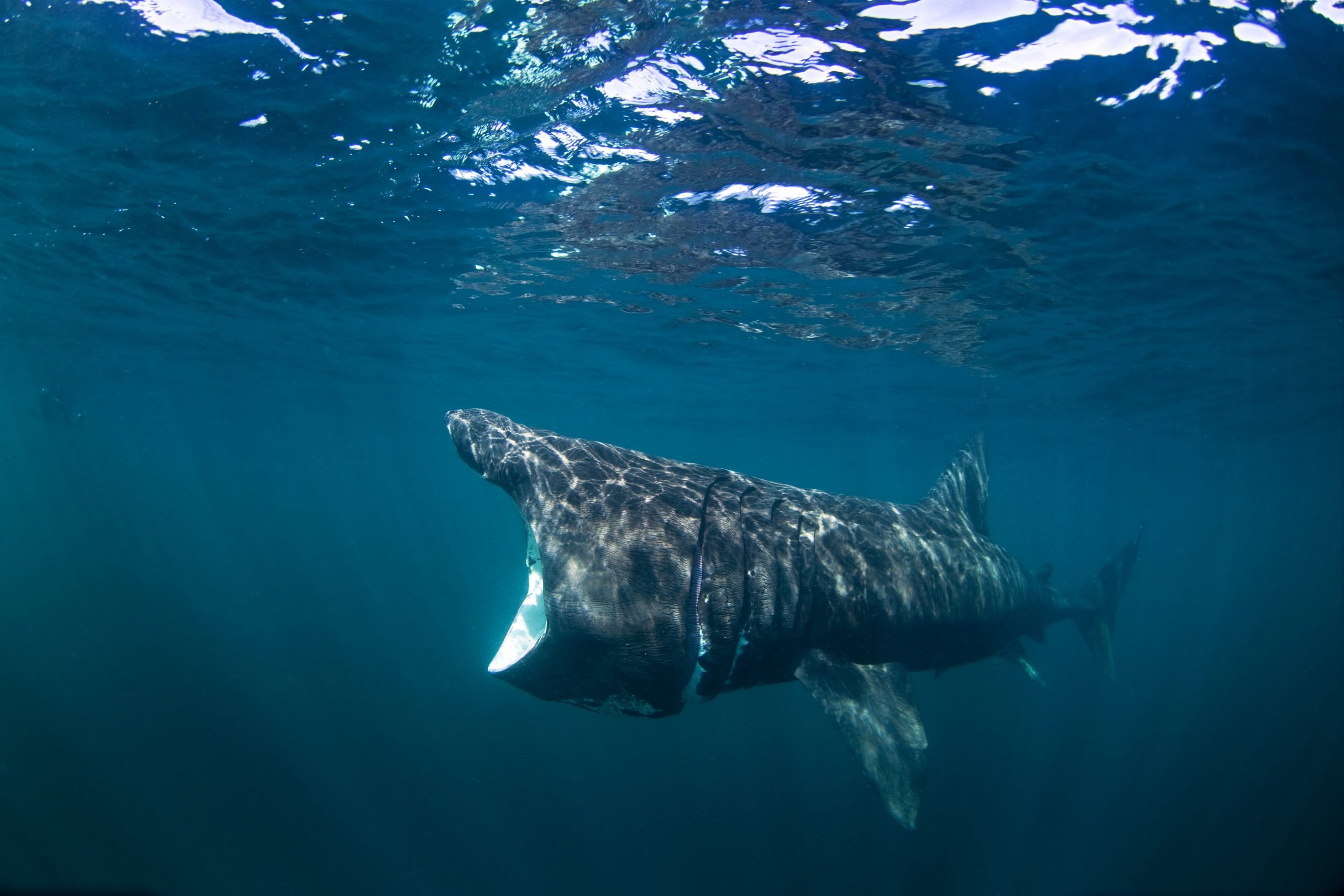 Despite what the optics may look like, however, a basking shark is pretty harmless when it comes to interacting with human beings.

There haven’t been any reported cases of basking sharks consuming humans to this point, although some divers have gotten within mere inches of the massive sea creatures!

Overall, the basking shark is very sensitive to foreign objects, and will typically move away from them to avoid contact.

The Basking Shark mostly eats plankton and small fish, and it’s very likely that the species will deviate much from its regular diet.

Have Basking Sharks Ever Killed Humans?

There are urban legends that have been told about basking sharks killing humans, but even those (if true) were likely accidents as opposed to actions with real malice behind them.

One basking shark was breaching and it allegedly landed on a small boat, capsizing and drowning (but not eating) the humans on board.

Another reported instance involving basking shark attack supposedly occurred in the 1950s when the US Navy tried to detonate a basking shark by attaching explosives to it.

That didn’t go so well for the Navy, as the basking shark supposedly swam back and submerged under their boat, leaving the explosives to destroy it and those on board.

These alleged incidents only prove that basking sharks don’t really want much to do with foreign entities, if possible.

Though they’re certainly large enough to consume one whole, a basking shark has other priorities when it comes to eating and searching for food.

That being said, it probably wouldn’t be too comfortable if a human being came into contact with a basking shark’s mouth.

With over 1500 small, sharp teeth lining the inside of its jaw, that’s a situation you’d want to avoid.

As long as you stay calm and refrain from causing a lot of motion if you’re ever in close contact with a basking shark, you are very likely to be safe (and not eaten!).