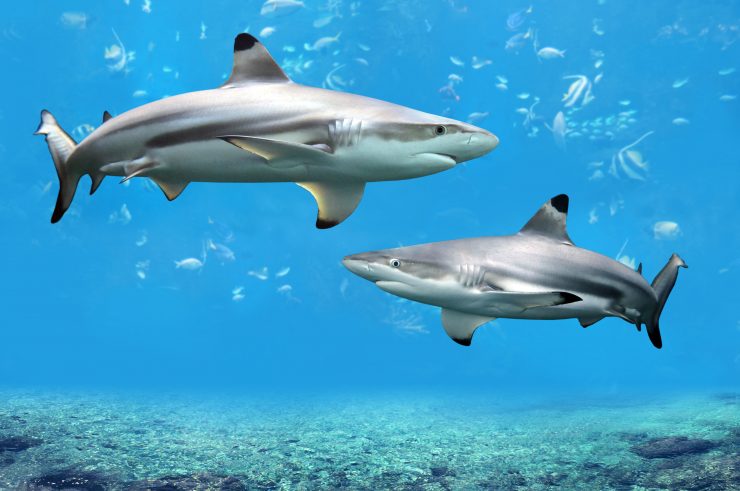 What Do Blacktip Sharks Eat?

Blacktip sharks are well-equipped for hunting with a wide, strong jaw full of serrated teeth. They are formidable hunters, feeding on a variety of fish. 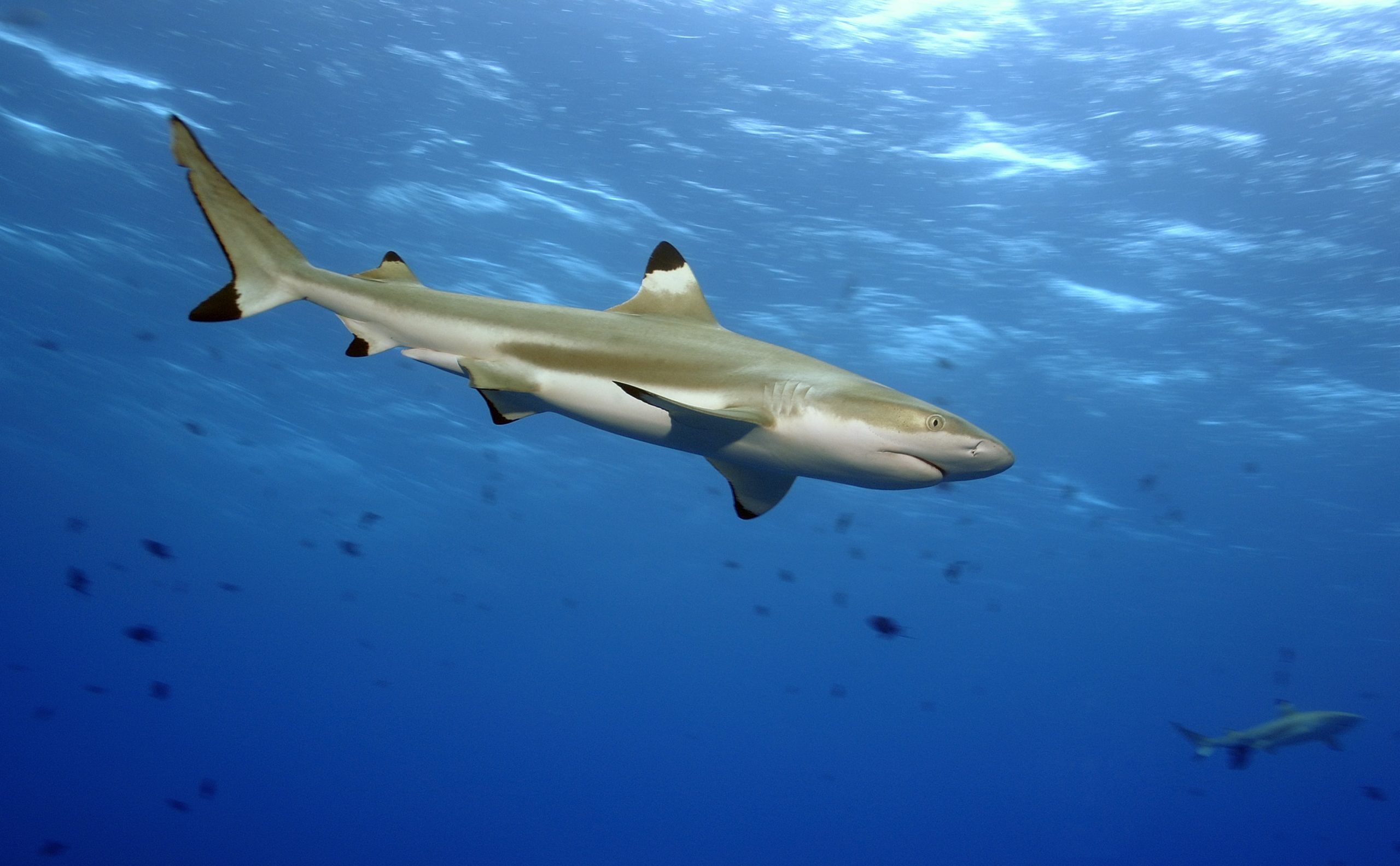 What Do Blacktip Sharks Eat in The Wild?

Blacktip sharks eat small fish that travel in schools like sardines and boned fish like catfish, groupers, and porcupine fish. But they don’t confine their diet to small marine life.

Blacktips are also known to eat other sharks as well as stingrays, squids, and crustaceans. This larger prey is supplemental, with fish making up about 90 percent of the their diet. 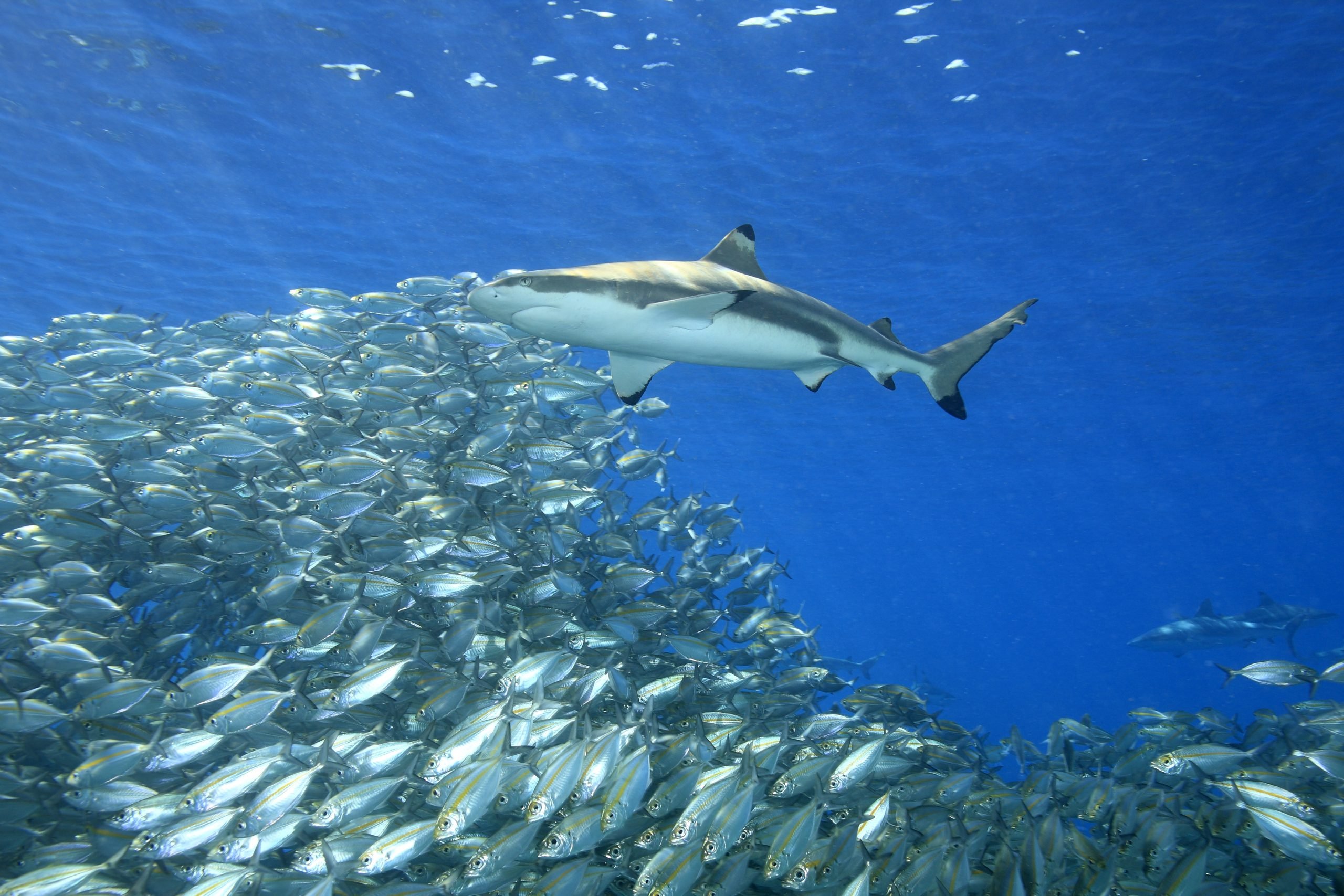 Blacktip sharks have a distinct hunting style that often brings them to the ocean surface. Underwater, they usually attack their prey from below, darting up and catching it by surprise. They breach the water and spin rapidly in the air at the surface, often as much as four times. As they do so, they snap their jaws to snatch unsuspecting prey.

Although blacktips are stunning hunters, they are not proud. They happily follow boats to take advantage of chum and other fish. It, combined with their sociability, makes them liable to feeding frenzies, especially at dusk and dawn, their top hunting hours.

What Do Blacktip Sharks Eat in Captivity?

The blacktip shark’s opportunistic feeding habits make it simple to feed in captivity. These sharks, once captured, need to be in a large aquarium with professional feeders and handlers. Although living in captivity gives less of an opportunity to hunt, they still have the chance to eat a varied diet of fish and crustaceans.

Unfortunately, you’re unlikely to witness their distinctive hunting spin in an aquarium tank, which is another reason why it’s preferable to keep these amazing creatures in their sea homes. However, if you ever spot a shark breach the ocean surface, there is a good chance that it might be a blacktip.

How Deep Is the Ocean?