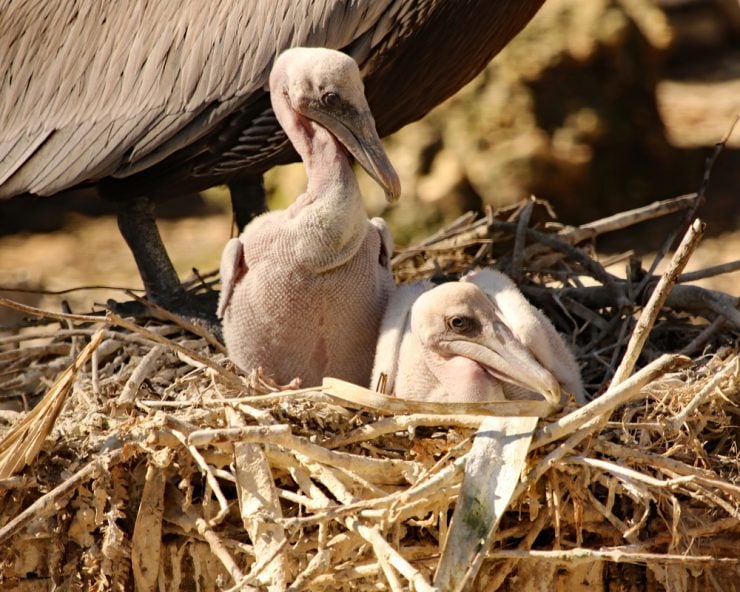 Brown pelicans are a species of marine bird that feed off other animals in the ocean. Though these birds nearly went extinct, they were able to increase populations greatly.

An important part of this comeback, unsurprisingly, was the breeding process of brown pelicans. However, this process is facing threats as well. 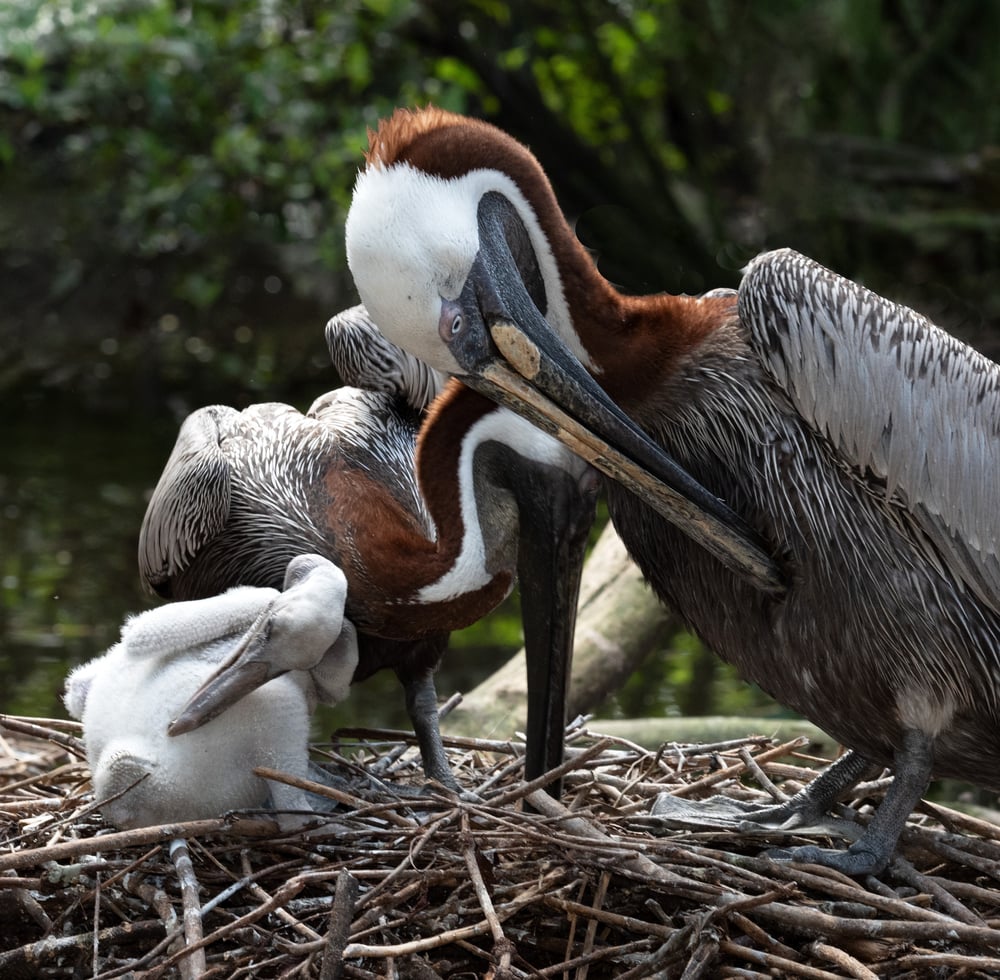 When it comes to the breeding process of brown pelicans, it is first important to note that they are monogamous. This means that they only breed with one bird each mating season.

Additionally, only one set of eggs is raised each year, usually consisting of one to four chicks. Although, only about 70% of these eggs will hatch.

For brown pelicans, breeding season is irregular. Depending on the physical location of the birds in relation to the equator, they will nest at different times of the year.

Much like many other seabirds, there is a sort of “ritual” for the breeding process. For brown pelicans, this means the male pelican choosing a mating site and attracting a female.

To attract a female, males will move their heads in a particular fashion. This is then followed by other movements from both birds called courtship. This process lasts about two to four days.

Following this, the female brown pelican will continue to build the nesting site with leaves, sticks, and other natural resources nearby. These nests are often on the ground.

Once the eggs are laid, they must be incubated, or kept warm, for 28 to 30 days. The male and female pelicans take turns holding the eggs under their feet to do so.

After about a month of incubation, the eggs are ready to hatch. Though eggs are laid about 24 to 64 hours apart, they typically hatch within one day of each other.

When it is time for them to hatch, brown pelicans will use their beak to break their egg. After this first movement, it can take up to 31 hours for the chick to hatch completely.

Interestingly, the hatch order of the brown pelican chicks can affect each chick’s chances of being able to fly. 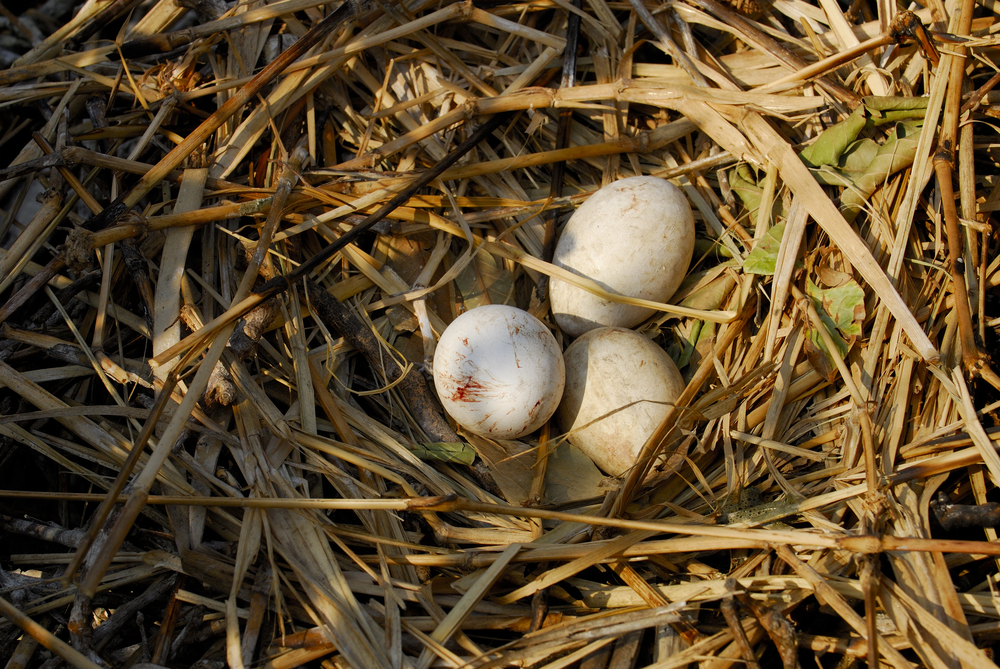 As mentioned previously, brown pelicans tend to build nesting sites on the ground. This makes them more susceptible to risks and dangers.

More specifically, human activities pose a threat to these nests. Pollution seems to be the greatest risk factor including oil spills and sewage spills.

These disasters can result in the death of many brown pelicans and put their populations at risk again.

Overall, the brown pelican breeding season is quite unique and interesting to read about. It is essential that we continue to protect the populations of this seabird to ensure it doesn’t face extinction again.

What is the Rarest Type of Sea Turtle?