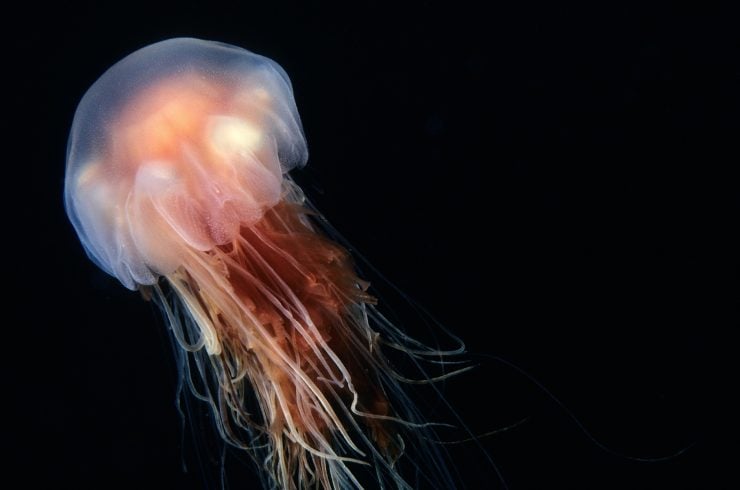 The Lion’s Mane Jellyfish certainly looks terrifying. The largest species of jellyfish, its bell can grow up to eight feet wide and it can reach lengths of up to 120 feet. That’s a lot of jelly!

Despite their size, the Lion’s Mane Jellyfish is not terribly dangerous. While they have been known to sting people, they are rarely fatal.

What Happens If I Get Stung?

Most people who encounter this creature simply feel as if they’re being shocked. Afterwards, the place they were sting usually stings The sting marks themselves can usually be helped with a bit of vinegar. In these cases, medical attention is usually not necessary.

However, some people have been known to have allergic reactions to the jellyfish stings.

Some allergic reactions show up in the form of a rash. If the rash looks dangerous or is painful, seek out medical assistance.

In rare occasions, the sting of a Lion’s Mane Jellyfish can cause a respiratory reaction. In these cases, seek medical attention immediately.

It is important to remember that in a majority of cases, the sting of a Lion’s Mane Jellyfish hurts, but is not necessarily dangerous.

How Can I Avoid Getting Stung? 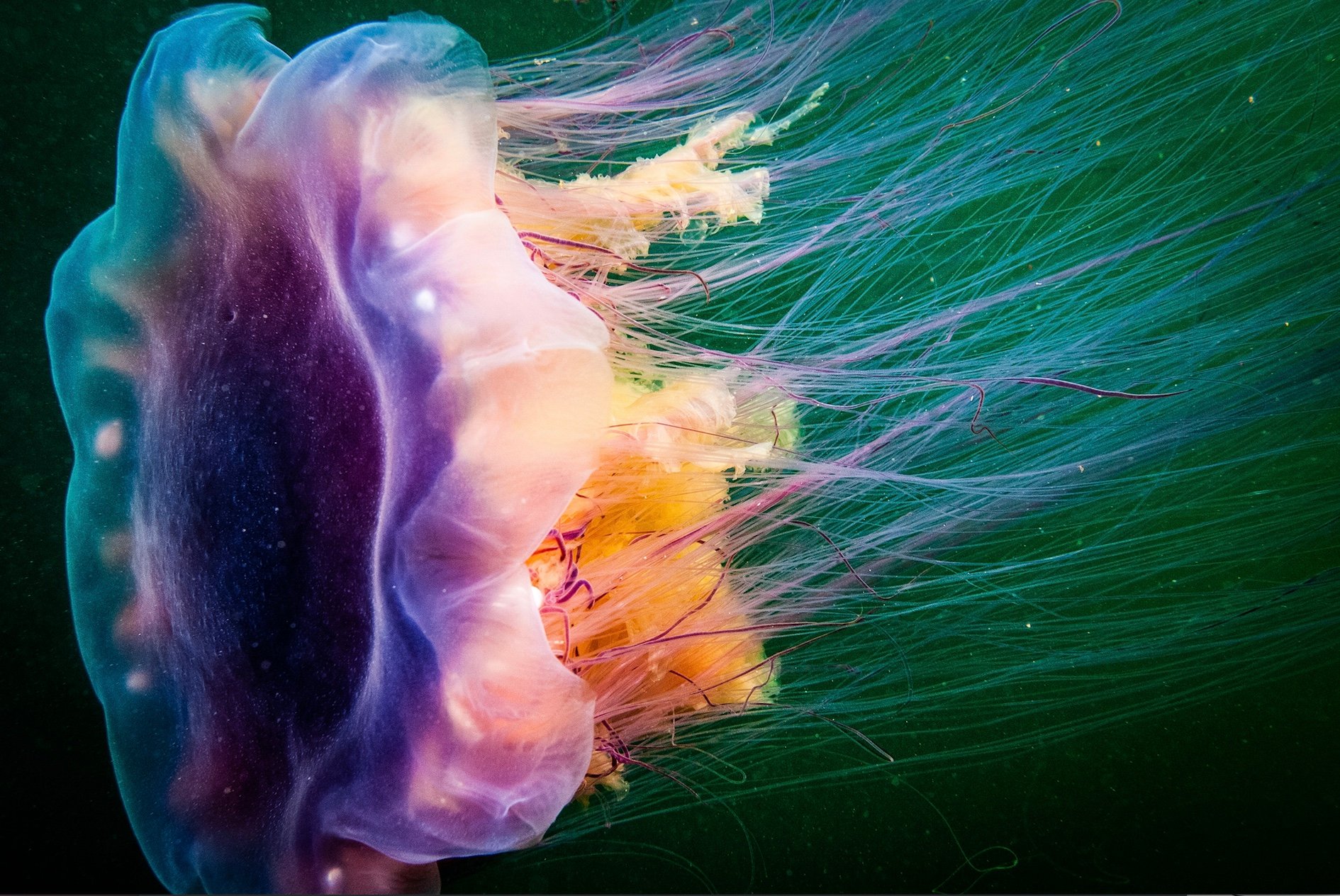 Although a vast majority of encounters are not fatal, nobody wants to get stung by the Lion’s Mane Jellyfish. So how can you avoid such a large marine creature?

Location of the Lion’s Mane Jellyfish

The good thing about the Lion’s Mane Jellyfish is that it generally avoids places that people like to swim! The jellyfish enjoys cold water, which most humans don’t choose to swim in.

A majority of these jellyfish live in the North Pacific Ocean and the Arctic. In the United States, it has commonly been seen in the waters around Alaska and Washington. However, these jellyfish did start to make an appearance around Boston, Massachusetts in 2020.

What If I See One On The Beach? 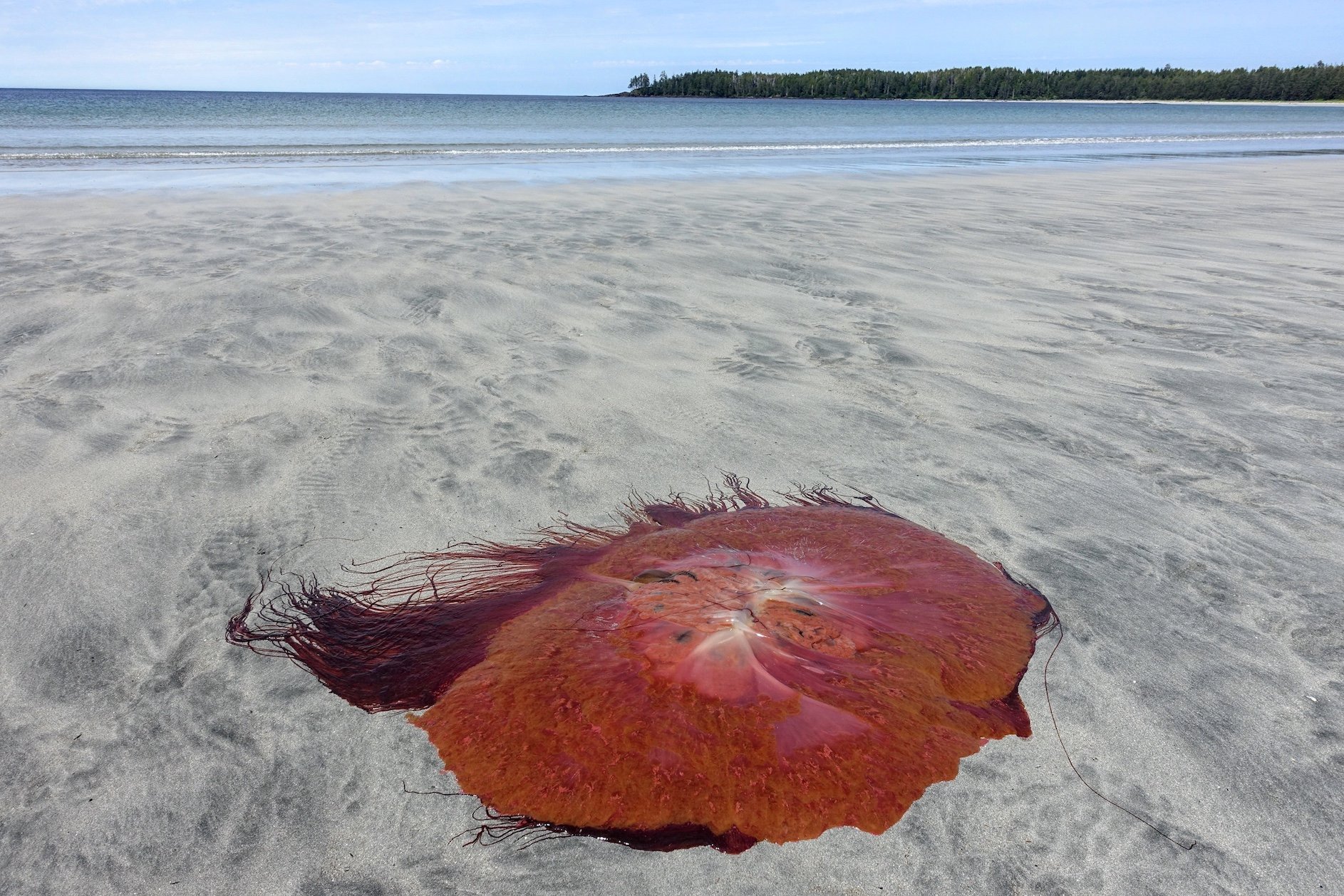 If you happen to see a Lion’s Mane Jellyfish washed up on the beach, there are two precautions you can take.

First, do not touch it! If you happen to see one of these creatures washed up on the shore and dead (or seemingly dead), do not touch it, no matter how tempting it may be. It can still sting past its death, and it may even still be alive.

Second, you may want to think twice before swimming in the water. These jellyfish tend to group up in the water, so if you see one, there is a high probability that there are more!

Instead, alert a lifeguard or a marine organization of what you saw. They will be able to gauge if the waters are safe, and will figure out what to do with the washed up jellyfish.

What If I’m In The Water?

If you are nervous about meeting a Lion’s Mane Jellyfish during your beach vacation, you don’t have much to worry about.

Again, these sea creatures rarely present themselves in swimming locations that humans enjoy occupying. Your chances of encountering them are fairly low.

Second, these jellyfish are usually fairly easy to see due to their size. They also come in a wide variety of colors! If you happen to see a jellyfish, just swim away and alert a lifeguard. Remember, they aren’t creatures of attack! 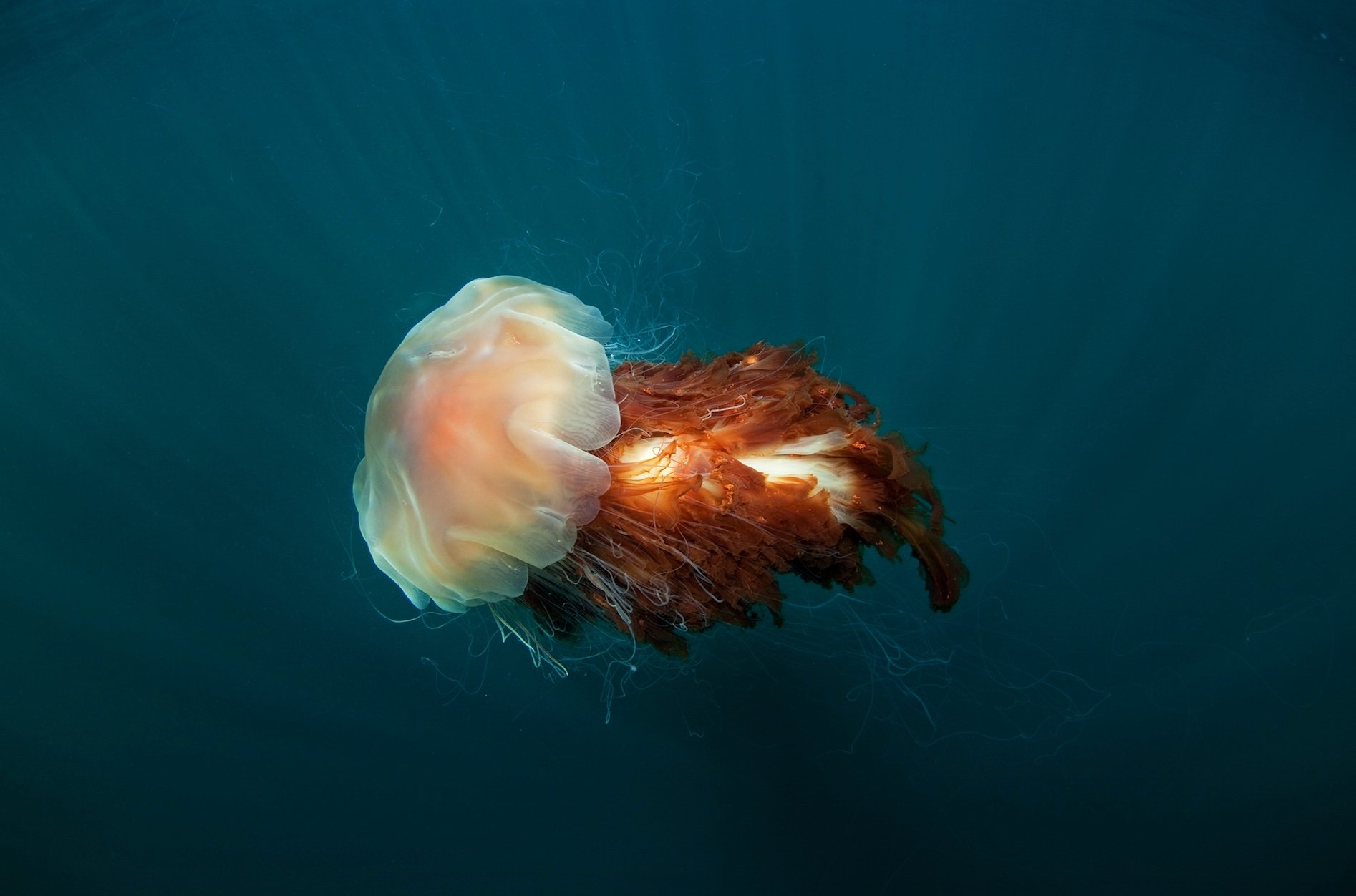 The Lion’s Mane Jellyfish is an exceptionally huge – and cool! – marine creature. Although getting stung by one will not be a pleasant experience, fatalities as a result of this jellyfish are rare.

Quick Facts: Bioluminescence & What Causes It