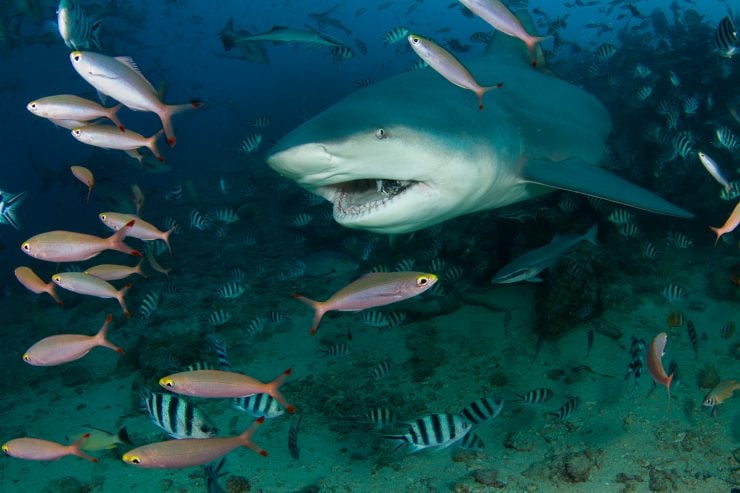 What Do Bull Sharks Eat?

Bull sharks are often considered one of the most impressive species of fish on Earth. With a maximum of 6000-newton bite force, bull sharks have the strongest chomp of any shark. Bull sharks evolved their powerful bite as they adapted to their diet.

Bull sharks hunt a variety of aquatic life, many with hard shells or of great size. Their jaw strength and serrated teeth make them deadly predators, even for other bull sharks. The bull shark’s bite force lets it bite through practically any scale, skin, or shell it encounters. 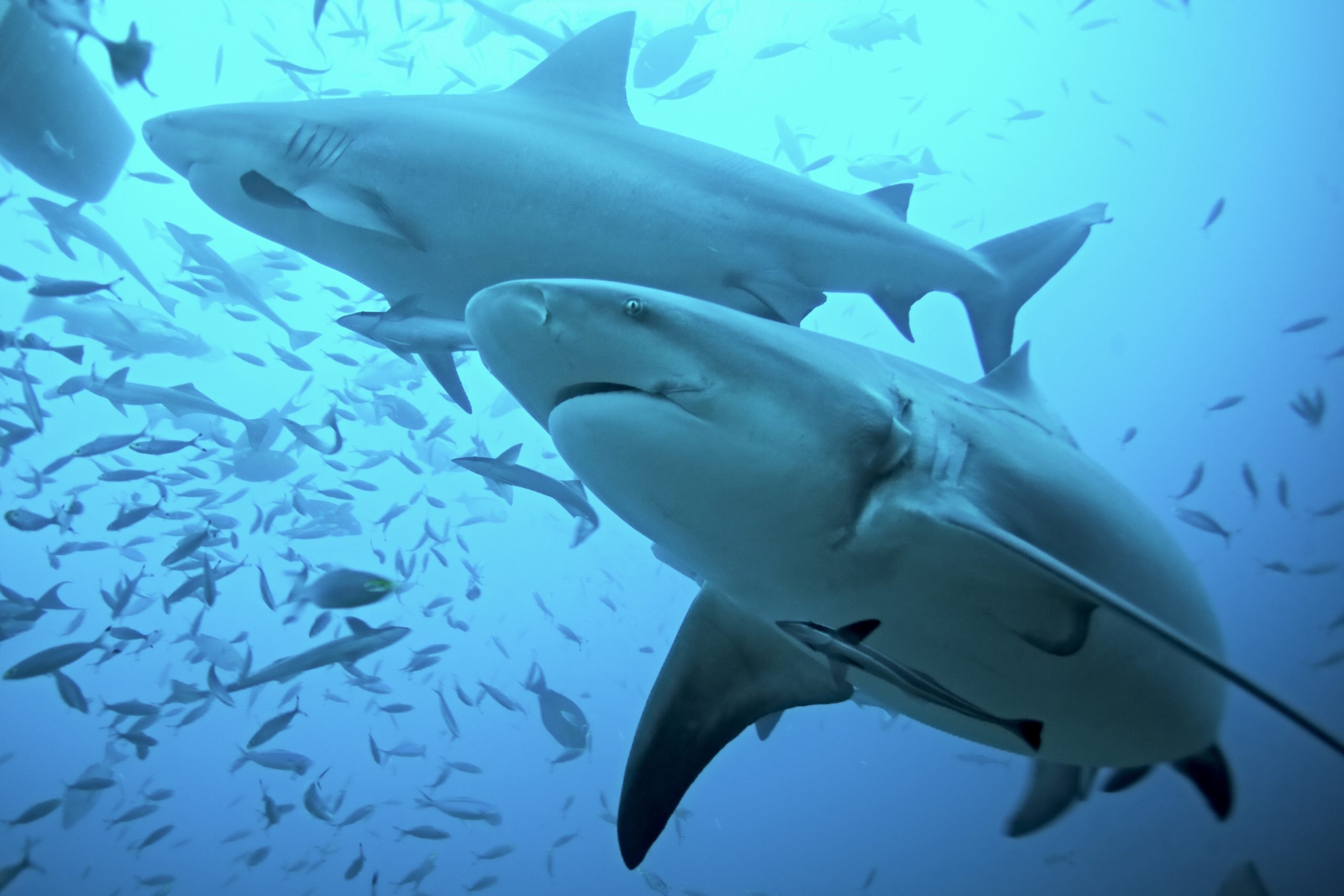 Bull sharks lose teeth every time they eat. These teeth are quickly replaced by new ones growing underneath the old. This process ensures a bull shark’s teeth are always in top condition for tearing, biting, and eating.

Individual bull sharks can lose as many as 20,000 teeth in their lifetime. In captivity, enclosures require regular cleaning to remove shark teeth from a tank floor. Bull sharks are known as aggressive predators.

What Do Bull Sharks Eat in The Wild?

Bull sharks are known to hunt and eat almost anything they find. From invertebrates to smaller fish and even other sharks, bull sharks hardly hesitate if inclined to eat. Bull sharks are predators, but they also have a highly omnivorous diet that can include plants and algae.

Most of their diet tends to be fish, crustaceans, stingrays, and smaller sharks. They have also been known to hunt marine mammals like dolphins and seals. 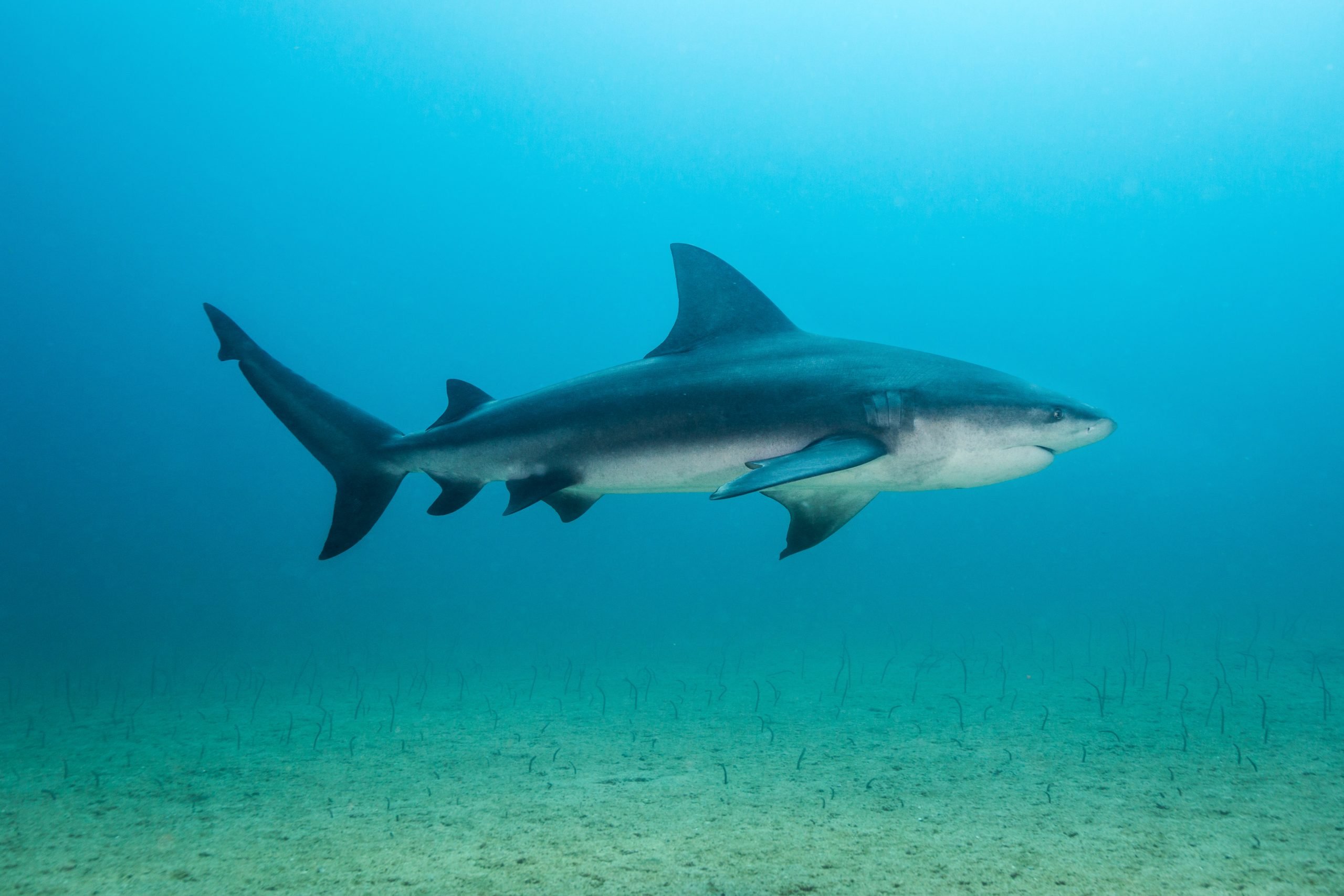 What Do Bull Sharks Eat in Captivity?

Many bull sharks eat salmon and other common fish when kept in captivity. However, captive sharks can also eat a highly omnivorous diet. Many types of commercial foods are options for them. These include shrimp pellets, spirulina flakes, algae rounds, bottom feeder tablets, and tropical flakes.

Captive bull sharks will also eat frozen and live foods to supplement their diet. The more well-rounded a bull shark’s diet is, the better its health and appearance will be. Bull sharks should be fed only what they can eat in a few minutes once or twice a day. Keepers should rotate their diet daily to keep up with nutritional needs.

How Much Do Bull Sharks Need to Eat?

Individual bull sharks can eat up to three percent of their body weight per feeding. Feedings are usually a couple of times per week. Bull sharks can weigh a couple of hundred pounds once grown, so their nutritional needs grow accordingly.

These sharks are opportunistic feeders, meaning they are likely to eat practically anything they can catch. Feeding in captivity is not difficult, as their diet is highly varied and easy to duplicate, though a wild ocean diet is optimal.

Where Do Bull Sharks Live?

Bull sharks are most commonly found in warm shallow coastal waters and riverways. They can be found across the world from South and Central America to parts of the African coast and Southeast Asia. Dam building and other human-caused damage to breeding environments have had significant impacts on bull shark populations. It makes ecological preservation and proper treatment in captivity paramount issues.