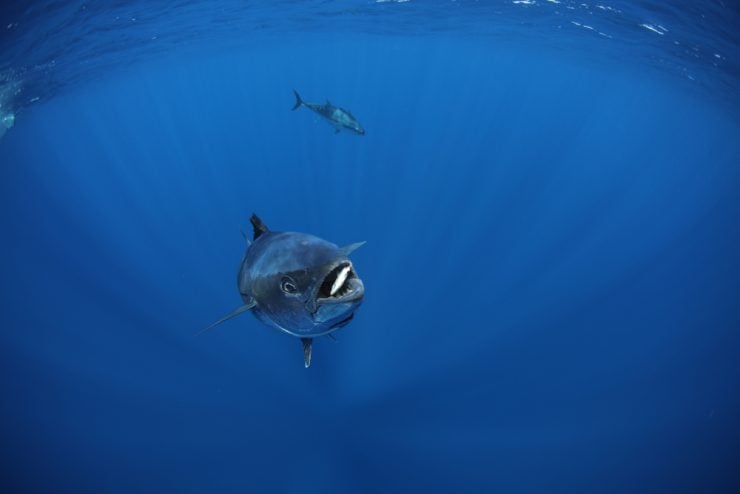 Sharks might be the first animals that come to mind when talking about predators in the ocean, but Bluefin Tuna deserves a spot in the conversation.

Typically thought of as commonplace in fishing and food, Bluefin Tuna sits near the top of the food chain. The Bluefin are the largest member of the tuna family. The typical adult tuna can reach around seven feet in length and 500 pounds, and there have been recorded instances of tuna reaching up to 1,500 pounds.

The Atlantic Bluefin Tuna is typically found in the northern part of the Atlantic Ocean, ranging from Newfoundland down to the Gulf of Mexico. The fish has been known to dive as deep as 1,000 meters to live and hunt.

The fish doesn’t reach that size on a small diet, and it has a wide range of food options from childhood through adulthood.

Here are some of the most common examples of what Bluefin Tuna eat. 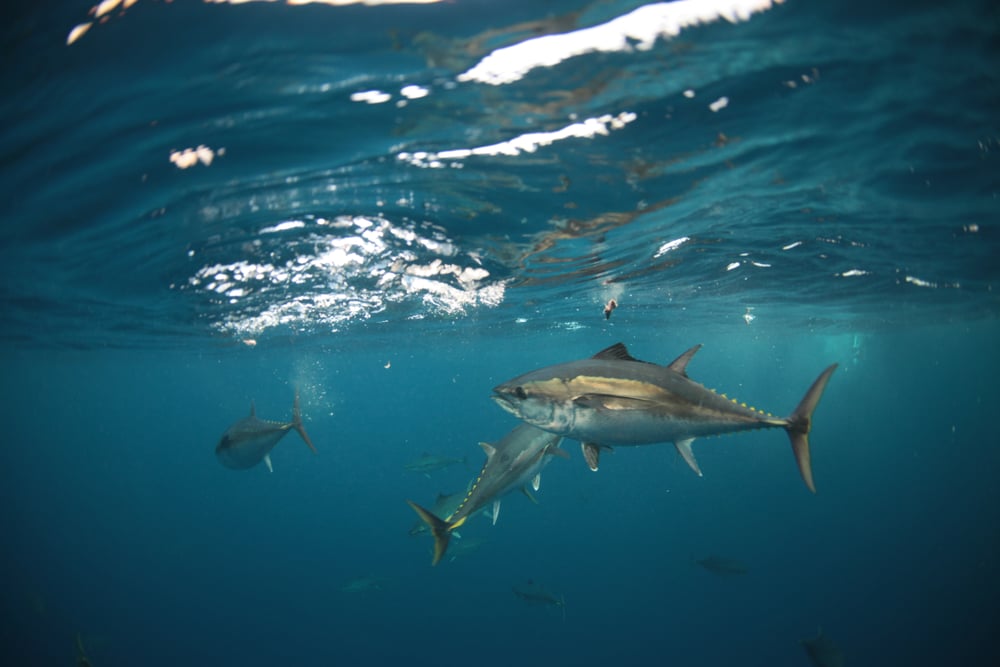 While still growing and waiting to reach full maturation to advance to some larger prey, juvenile Bluefin Tuna typically have a smaller diet.

In the early stages of their life, they will eat zooplankton, and once they grow a bit, their diet consists of small fish, squid, and crustaceans.

Bluefin tuna lay millions of eggs every year, though the vast majority don’t reach adulthood since the eggs and young fish are targets for other predators.

Adults also feature these types of marine wildlife in their diet, but their options also increase to bigger fish as they grow.

An adult Bluefin Tuna diet can feature a wide range of other fish, not limited to herring, bluefish, mackerel, and more.

Bluefin tuna prefer to eat fish found in the open ocean and invertebrates they can swallow whole. Adult Bluefin Tuna have been known to reach top speeds of more than 40 mph, so they don’t have any issue hunting in the open water.

But the diet of an adult Bluefin Tuna is not limited to just fish. They also eat a variety of crustaceans, including crabs, lobsters, crayfish, shrimp, krill, and barnacles. They have also been known to eat octopuses, squid, cuttlefish, and even kelp.

Like sharks, some Bluefin Tuna must constantly swim to create water flow through their gills for oxygen. The species also has long migration patterns each year, with adults traveling to either the Gulf of Mexico or the Mediterranean Sea in order to reproduce.

So the exact diet of Bluefin Tuna depends on where they are in the ocean. Overall, Bluefin tuna rank as some of the largest fish in the ocean, and they’re predatory animals capable of eating a wide variety of big fish to help them reach their large size.

From eating plankton, crustaceans, and small fish as juveniles, adult Bluefin Tuna can eat a variety of larger fish as they get older. Their large size and speed give them an advantage in the open sea.

What is the Biggest Atlantic Bluefin Tuna Ever Recorded?