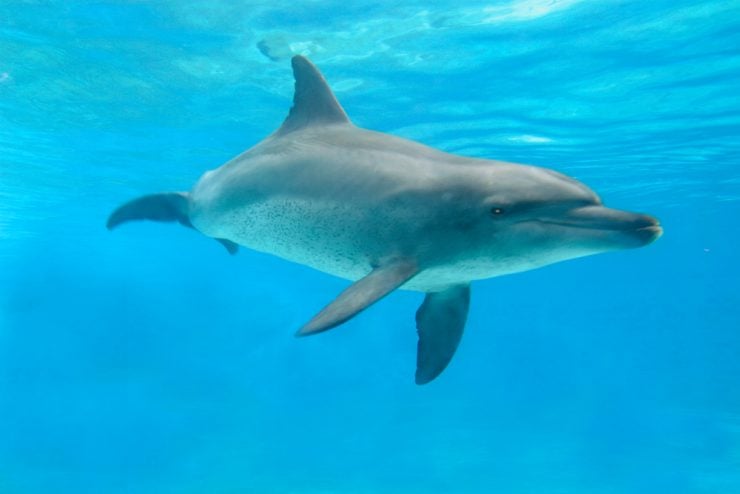 Dolphin is a common name for various fish in the Delphinidae family, including the common bottlenose dolphin. Can you eat dolphin?

Dolphin meat isn’t a common dish, and it’s not safe to eat it in excess. Moreover, the dolphin is a cherished animal around the world and is usually illegal to capture.

In addition, dolphin meat has a texture that may turn a lot of people off, but it’s still a delicacy, and those who like meat with a gamey texture may enjoy eating dolphin meat.

Do People Eat Dolphins and Is It Safe?

Yes, people can eat dolphin. Like it or not, dolphin meat is used globally by many countries, such as Japan and Peru. It is known as chancho marino or sea pork.

Dolphin meat remains popular in Taiji, but demand in Japan for dolphin meat has dipped recently, and several distribution companies have closed.

It is also now illegal in Peru, although there is still a black market for selling its meat.

Dolphin meat is exceptionally high in mercury, which can cause severe health problems. So while people can eat dolphin meat, it should be done in moderation to avoid mercury poisoning.

While dolphins swim in water like other fish and have fins, they differ in their characteristics, making them taste less similar to other fish.

Usually, dolphins are mammals, so warm-blooded and breathe oxygen through the air, not gills. The qualities of dolphins make their meat much more similar to beef than fish.

Can You Eat Dolphin Raw?

Eating raw dolphin meat is not recommended for human consumption due to the high levels of mercury. Mercury is a neurotoxin that can cause brain damage and neurological problems in humans. The liver of a dolphin is particularly poisonous because it stores large amounts of it.

How To Cook Dolphin

In countries where it is accepted, dolphin is often cooked by being boiled in water. The dolphin is first caught and then brought to the cooking area, where it is placed in a large pot of boiling water. After the dolphin has been cooked, it is served with various vegetables and fruits.

In Japan, dolphin meat may be marinated in soy sauce overnight and then grilled and served with vegetables. It can also be prepared as sashimi, a thinly sliced sushi-like serving of raw fish served over veggies or garnish.

Since dolphin is restricted in most parts of the world, there are no widely known recipes for preparing dolphin. As with any type of fish, it can be served raw or cooked.

Is It Safe To Eat Dolphins?

As with most fish, dolphins can be safely eaten in moderation. Seafood contains mercury, and dolphin meat has a lot of it.

Dolphin consumption is not illegal in all countries, but it is in most. It is hard to get dolphin meat to cook in most places.

The Great Loop: Everything You Need to Know

Can You Eat Barracuda and How Does It Taste?