Regal Blue Tangs, as they are most commonly known, actually go by many names. You might find them referred to as the Pacific Blue Tang, palette surgeonfish, blue surgeonfish, doctorfish, or hippo tang. Of course, some people just know these vibrantly colored fish for their famous cousin Dori. No matter what you call them, these bright blue and yellow flatfish are stunning.

Although you have probably seen them before, you might not know that they also have a venomous spine by their tail. This spine protects them from predators, causing severe pain whenever the venom is released.

What Do Blue Tangs Eat in The Wild?

Another reason that Blue Tangs live in coral reefs is that they are ideal for their diet. The fish live off of algae that thrive in the reefs. It has mutual benefits, as the coral needs to be free of algae to avoid suffocating. Blue Tangs are therefore vital for the health of coral reefs through the Indian and Pacific Oceans.

Blue Tangs often feed in large groups of 100 or so, which provides them protection while feeding. However, they may also feed alone. Because they do not have a gizzard, they avoid eating coral and other calcareous material.

What Do Blue Tangs Eat in Captivity?

Blue Tangs are usually found in professional aquariums, having been captured in the wild. Their diet is not hard to replicate. They happily eat nori and algae-based fish flakes as well as krill and plankton. However, the majority of their diet should consist of algae and algae derivatives.

The main challenge with feeding Blue Tangs in captivity is that they are grazing fish, which means they eat consistently throughout the day. Tang owners need to make sure they have consistent access to a large amount of food to ensure they get the nutrition they need. Never feed Blue Tangs lettuce or other nutritionally-empty plants.

Blue Tangs are not in danger of extinction. But the destruction of coral reefs around the world is a real problem for these fish. If coral reefs continue to deteriorate, Blue Tangs will lose their habitats and primary source of food. It is one of many reasons why coral reef protection is an essential focus for marine biologists. 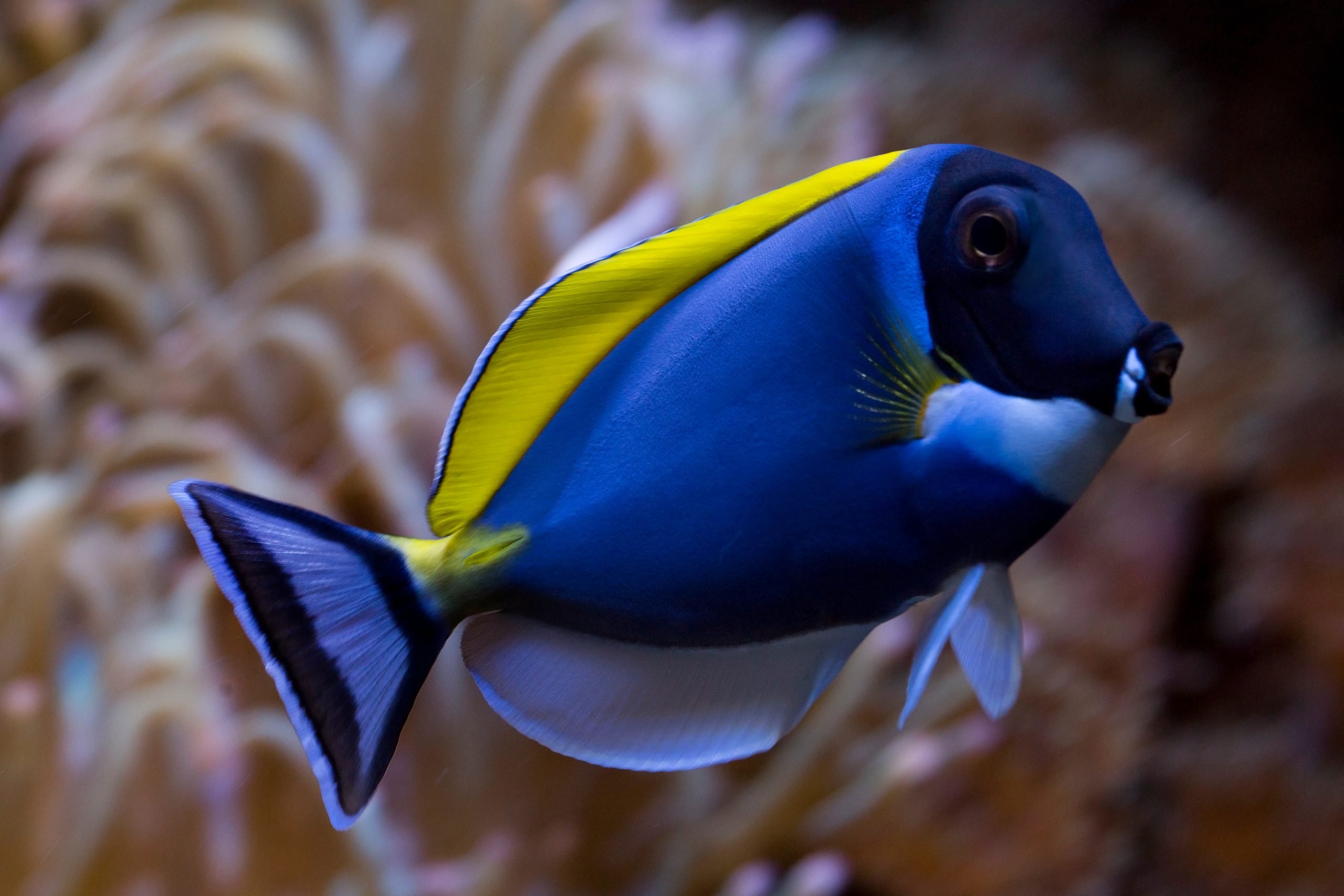 Where Do Blue Tangs Live?

Regal Blue Tangs are most common in the Pacific Ocean. You can probably tell that from their alternate name, Pacific Blue Tang. However, they are also abundant in the Indian Ocean and can be found in coral reefs from Africa to Asia.

These reefs provide ideal protection for them, even with their bright colors. Here, Blue Tangs live in schools of 12 or so. But they don’t just mingle with their kind. They are known for living in schools that also include other fish, seeking protection in numbers.