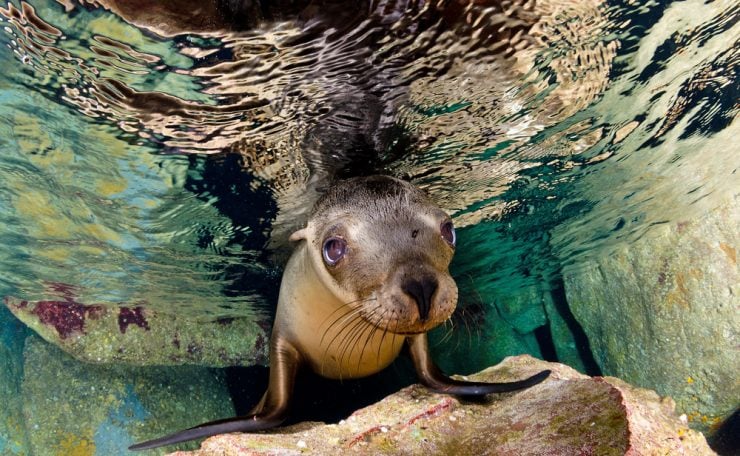 Sea lions are often easy sea creatures to spot as they spend time both in water and on land. These marine mammals can be found on shorelines, decks, and even boats from time to time.

Though many spend their time watching sea lions across the coast, it is interesting to think about how much time sea lions spend on land after all.

So, how long can sea lions stay out of the water? And what makes them equipped to do so?

Time Spent in Water Vs on Land 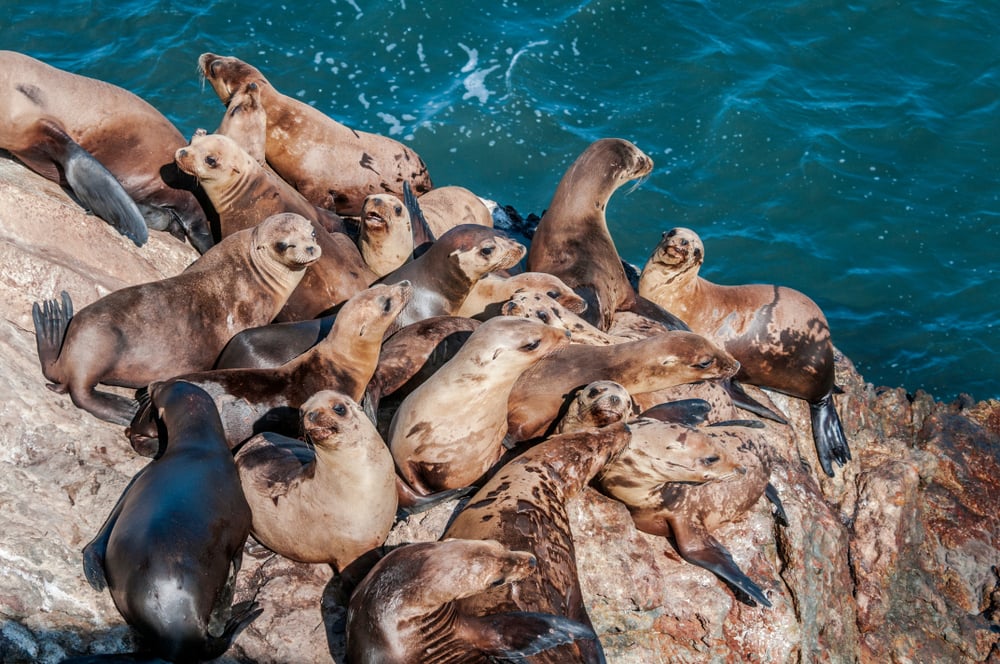 Before we answer the question of how much time sea lions spend in water or on land, let’s look at some sea lion behavior that plays a role in determining this answer.

To begin, California sea lions are mammals, so they breathe in oxygen from the air like humans, dolphins, and whales.

Sea lions can dive and hold their breath anywhere from 8-20 minutes and usually return to land to rest.

In fact, this practice is called “hauling-out.” When California sea lions haul-out, they temporarily leave the water in between feeding to rest or reproduce.

As it turns out, breeding season is when sea lions spend the most time on land rather than in water.

This is for many reasons.

First, male sea lions will go on land to what is known as a rookery and establish a territory for as long as possible to reproduce with as many females as they can.

Most male sea lions will stay in this area for up to 27 days!

After sea lion pups are born, they stay on land with their mothers for ten days.

Following this period, female sea lions will go out to sea to feed for up to three days and then return for about a day to take care of their pup.

In addition to breeding, sea lions also molt on land. This is another period of time during which these animals will spend most of their time out of the water.

When they are not reproducing or molting, sea lions will spend most of their time in water. In fact, they may stay off land for one to two weeks straight.

However, most sea lions will haul-out fairly frequently in between feeding trips or at night.

This is because on land, the animals are able to avoid their predators and other threats. 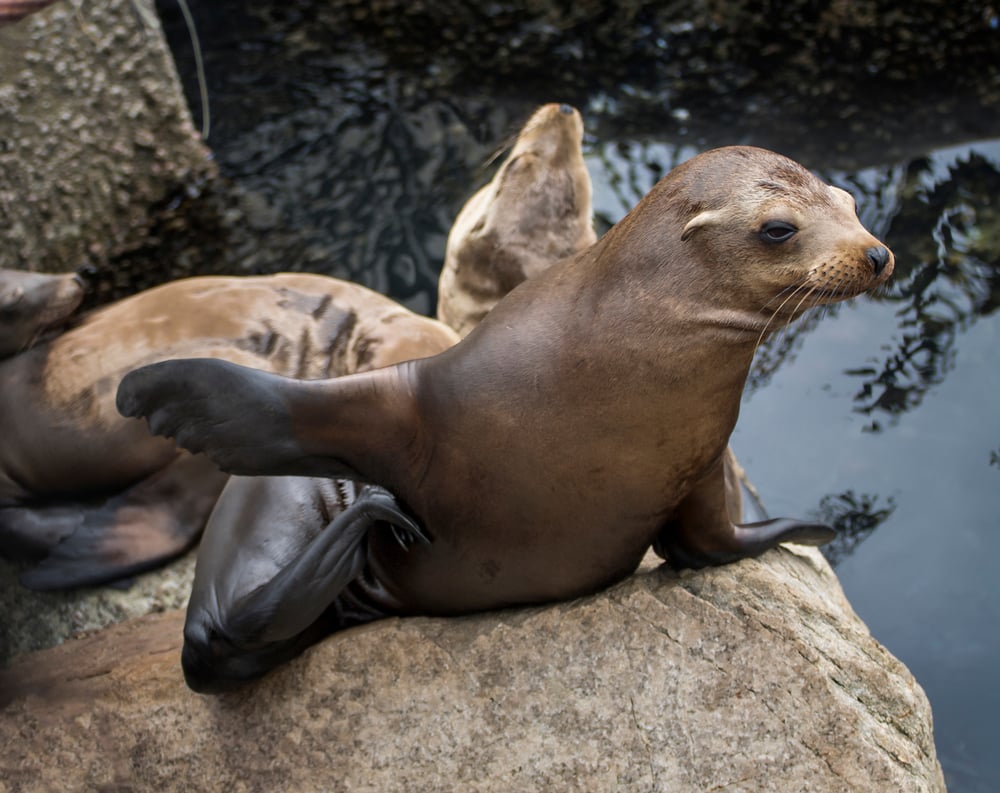 After learning about how much time California sea lions spend on land, you may be wondering: why are sea lions better adapted to live on the land than seals?

This is primarily due to two reasons: anatomy and social habits.

Though sea lions and seals both have flippers, sea lion flippers are larger and rotate, allowing them to “walk” on land. On the other hand, seals are left to wiggle around like worms.

Secondly, sea lions are much more social animals and tend to travel in groups whereas seals are typically alone.

In conclusion, California sea lions spend a lot of time both in water and on land, depending on what they need to do and what time of the year it is.

So, the next time you go see the sea lions in California, you may be able to guess why they’re on land.