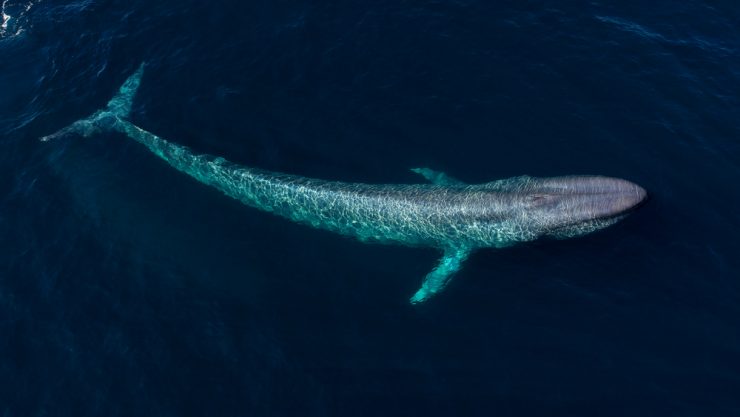 What is the Population of Blue Whales?

Blue whales are known for their massive size and majestic appearance. In fact, they’re the largest animal on Earth.

However, there are many serious threats that blue whales face. So what is the population of blue whales? And are they endangered?

Keep reading to find out more!

What is the Blue Whale?

So, what are blue whales exactly? As noted above, blue whales are the largest known animal on our planet.

They are marine mammals and as you may have guessed, are incredibly large. Specifically, they can grow to be up to 98 feet long and weigh 190 tons.

How Many Blue Whales Are Left?

Sadly, there are only about 10,000 to 25,000 blue whales left in the world today. Though it may sound like a large number, this is incredibly low.

The populations of the blue whale have decreased exponentially since about 1911. More precisely, the current size of this animal’s population is only about 3 to 11% of its size during the previous century.

As you can imagine, this puts blue whales at great risk for extinction. Due to this, they are listed as an endangered species.

This is the result of many human activities and some natural threats.

Due to their status, there are protections placed on these animals. However, this does not mean they are safe.

Despite protections, about 1,500 blue whales are still killed each year.

Believe it or not, this isn’t even close to the number of blue whales killed in past years. Before measures were put in place, more than 350,000 blue whales were killed from 1904 to 1967.

So, what actions pose a threat to these animals?

Perhaps the most notable threat whales face is the whaling industry. This industry is responsible for killing hundreds of thousands of blue whales, as noted above.

The whaling industry thrives off of the oil produced from whale blubber and in the past, the bones of the whales.

However, in 1986 the International Whaling Commission banned commercial whaling and the use of whale oil.

Whaling still occurs in countries such as Japan, Iceland, and Norway, however, so it is still a serious danger to these animals.

Further, whale oil is still used in some areas around the world for lubricants, polishes, and other products.

On top of whaling, blue whales also face threats such as climate change, ship strikes, and the commercialization of krill.

Much like other animals, the impending issue of climate change poses a serious threat to the lives of blue whales.

Additionally, ship strikes are responsible for many of the deaths of these animals. A ship strike involves the collision of a whale and a ship, as you may have guessed.

Lastly, krill are the most important component of the blue whale diet as they essentially survive on them solely. As the krill are used commercially, there is less food for the whales.

All of these threats are due to the activity of humans, as you can see. If we continue to make careless decisions blue whales will eventually go extinct.

More specifically, scientists say blue whales could go extinct in as little as 25 years. This is of course a problem for many reasons.

Most importantly, like any other living thing, the blue whale plays an important role in its ecosystem and food chain.

Frankly, if blue whales go extinct, it is likely other animal populations will suffer as well.

It is obvious that something needs to change in order to protect the precious lives of blue whales and save this amazing species.

Without changed actions, these animals could go extinct within our lifetimes. Be sure to share this information with others to spread awareness.