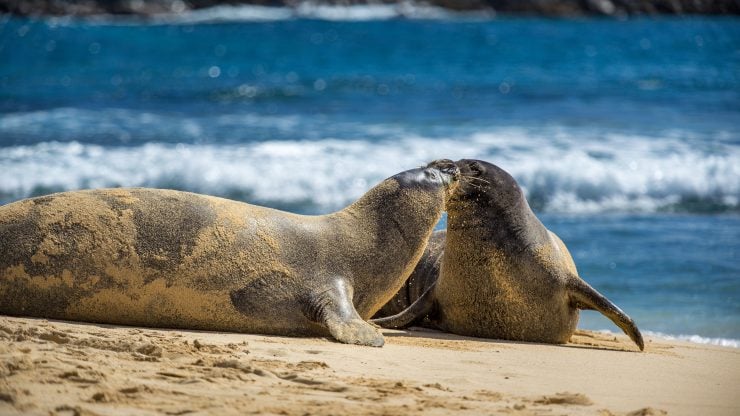 There are only 1100 Monk Seals left in Hawaii, a number that is shockingly low for a species that only resides in one place and that has been present on the islands since before humans discovered it. If the Monk Seal goes extinct in Hawaii, there will be no more of its kind anywhere in the world.

So what has caused the decline of such an ancient species, how many monk seals are left in Hawaii and what can we as humans do to preserve it?

Hawaii: The Permanent Vacation Home of the Monk Seal 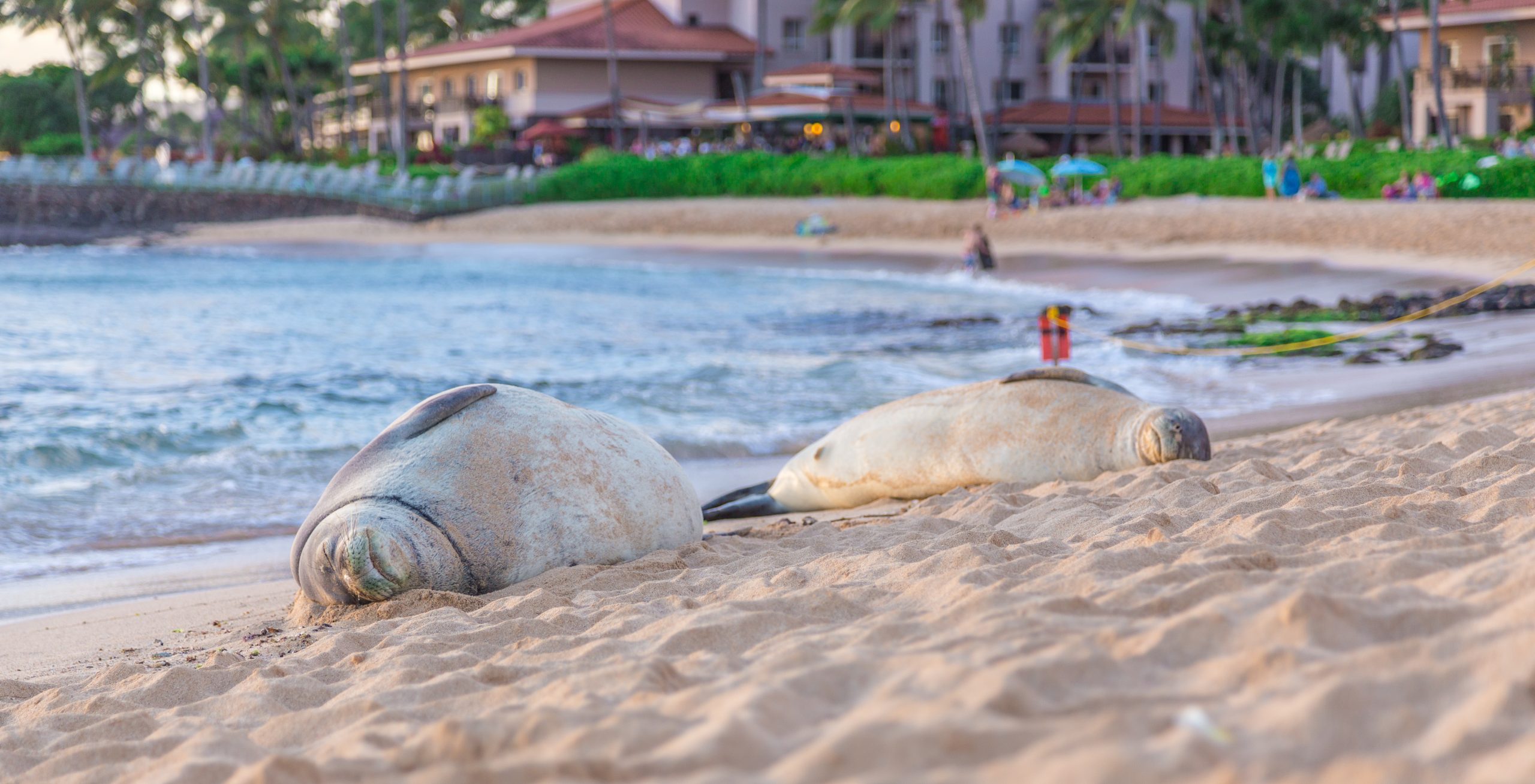 The Hawaiian Monk Seal loves its home so much that it’s included in their name. Not only that, but after their arrival (at least 3.5 million years ago), they have never decided to live anywhere else! That’s the best 5 star review of Hawaii we’ve ever seen!

While their (overall) permanent vacation home has been passed down for generations, Monk Seals do prefer different islands in Hawaii. A majority of them live in the northwestern islands, and about 300 live on the main islands of Hawaii. Their shy disposition makes them less inclined to be around humans, which is why the mainland is a less popular spot for the seals.

If the Monk Seals choose to vacation away from Hawaii, they choose atolls close by. Even so, this is a rare occurrence. After all, why leave Hawaii?

Why are there so few monk seals left?

Although the Monk Seal population is astonishingly low, this is not the first time the seal has nearly reached extinction. In the mid-1800s, hunting expeditions targeted the Monk Seals, reducing their populations to a point where the seals were only spotted once a decade or so for half a century.

In the 1900s and early 2000s, conservation efforts were put into place to save the remaining population. The Marine Mammal Protection Act and the Endangered Species Act helped the Monk Seal repopulate the islands without human interference. Organizations also began to vaccinate the seal against diseases to help ensure its conservation.

Even so, the Monk Seal has faced a variety of other challenges in recent years. Its increasing population has put it back on the menu for sharks around the islands. Male seals have been known to accidentally kill female seals and pups during over-aggressive periods (such as mating season). Humans have also not completely held up their part of the bargain: entanglements in fishing nets, blunt force by boats, and shootings have all been attributed to seal deaths in recent years.

What can be done to increase the population? 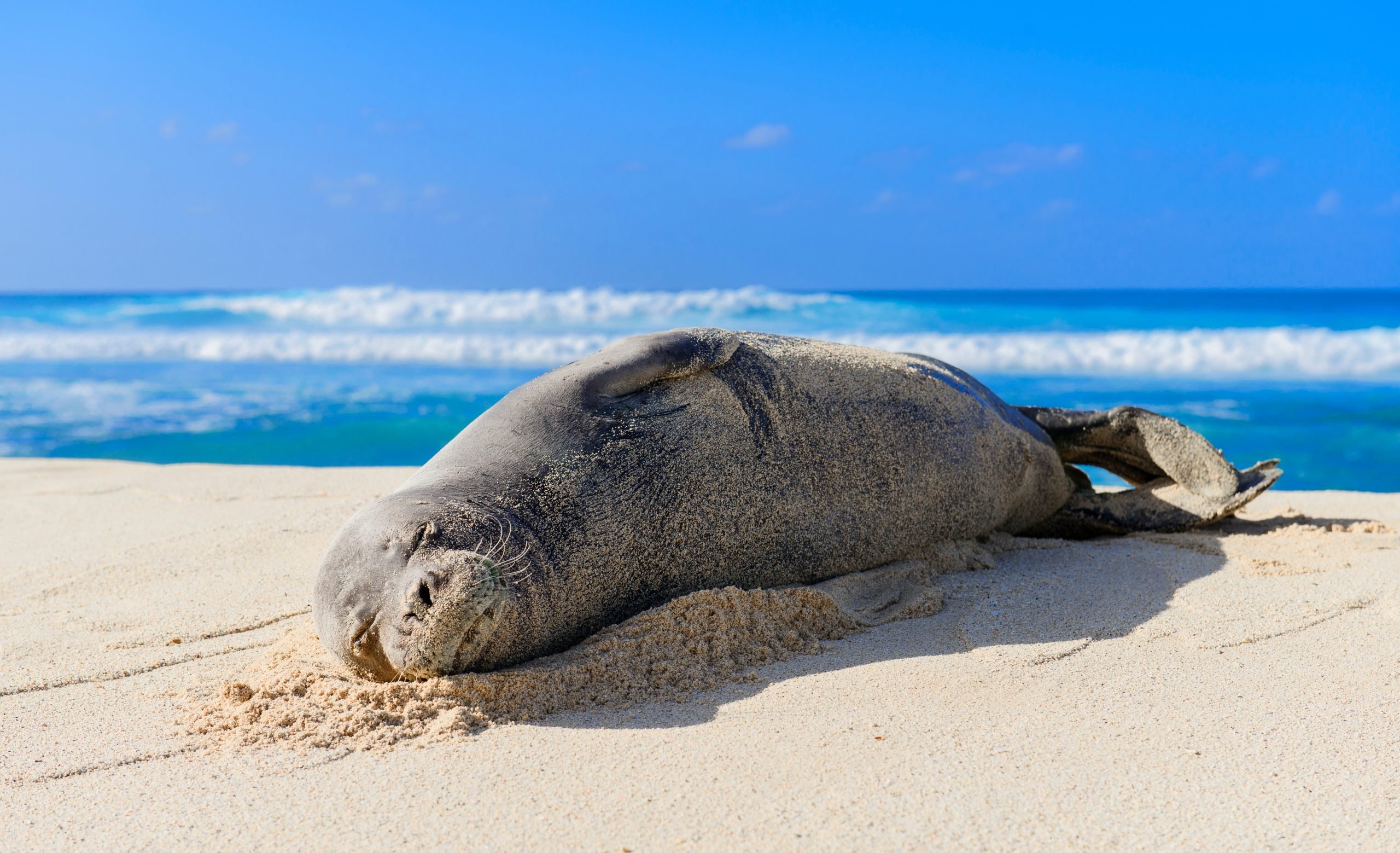 As the Monk Seals are already protected by acts and are currently in process of being vaccinated, increasing the population comes down to public education.

Very few people have ever heard of the Hawaiian Monk Seal apart from those native to Hawaii, so tourists and people of fishing expeditions may not know that the seal is to be undisturbed and protected. By increasing education on the Monk Seal for people visiting Hawaii – specifically those who are to go out on the water – the Monk Seals will be more likely to find peace and safety on and around the islands.

The Hawaiian Monk seal population may only have 1100 members, but it is a hardy 1100. Despite arriving in Hawaii 3.5 million years ago, the only time they have become critically endangered has been in the last 200 years.

What Is Red Tide?