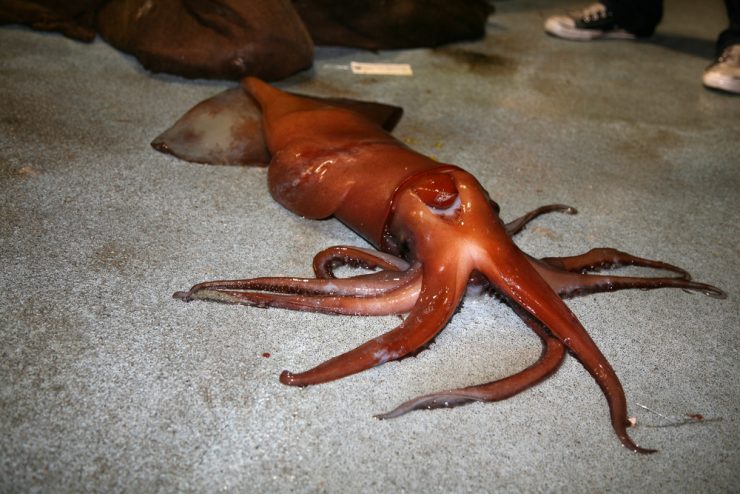 The Humboldt squid doesn’t earn the nickname “jumbo squid” for no reason.

As one of the largest species of squid in existence, the humboldt squid makes for a hot commodity on the fishing market, both as a commercial and as a food source.

How big can these sea creatures get?

How Big Can Humboldt Squid Get?

The humboldt squid can clock in with some incredibly large measurements.

On average, the humboldt squid’s mantle (main section of its body) can reach lengths of up to 1.5 meters, or nearly five feet!

However, some humboldt squid are capable of topping that average figure. In some instances, they can grow as long as two to 2.5 meters, or a whopping six to eight feet!

The Humboldt squid is no small species, to put it simply.

In terms of weight, humboldt squids can weigh as much as 50 kilograms (110 pounds, approximately), making them pretty heavy to go along with their ridiculous length.

This can make catching and reeling in a Humboldt squid a difficult task. 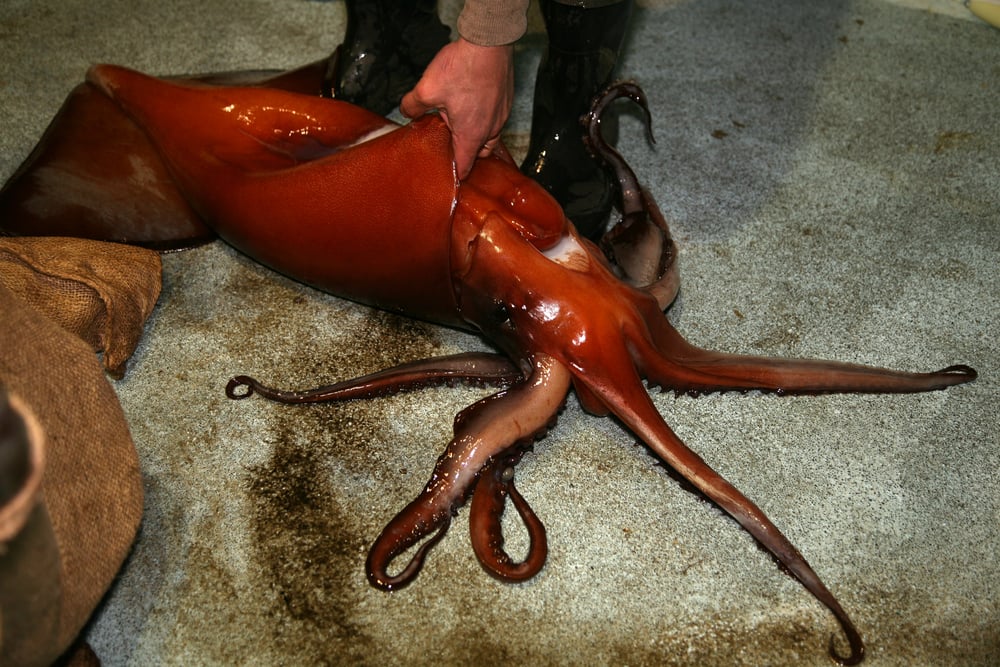 That’s right, for as massive as the Humboldt “Jumbo” squid can be, it isn’t even the largest squid in its own family of species.

That distinction belongs to the “Giant squid”, which can grow up to an insane 13 meters (43 feet) long and weigh in at close to 275 kilograms (610 pounds).

It also belongs to the “Colossal squid”, which comes in with even more substantial measurements of 14 meters (46 feet!) and a weight of 495 kilograms (an enormous 1,091 pounds!).

Certainly, the Giant and Colossal squids seem to dwarf the Humboldt “Jumbo” squid in comparison.

Take this with a grain of salt, though, as the Humboldt squid is quite large in its own right.

The Largest Humboldt Squid Ever Recorded

Fishermen off the coast of New Zealand reportedly caught the largest Humboldt squid on record back in 2007.

Allegedly, the squid took over two hours to catch and reel into the boat.

A squid of this size might be hard to ponder, but it goes to show that the Humboldt squid is truly as large as scientists have measured them to be.

The Humboldt squid is one of the largest sea species in its family, if not within the totality of the marine ecosystem.

So legendary is the sheer size of the Humboldt squid, in fact, that they’ve even become the subjects of folklore in places like the United Kingdom.

If you ever find yourself fishing for Humboldt squid in the Pacific Ocean (where they’re mostly found), be ready to have a busy day of reeling in and a lot of extra space on your boat!