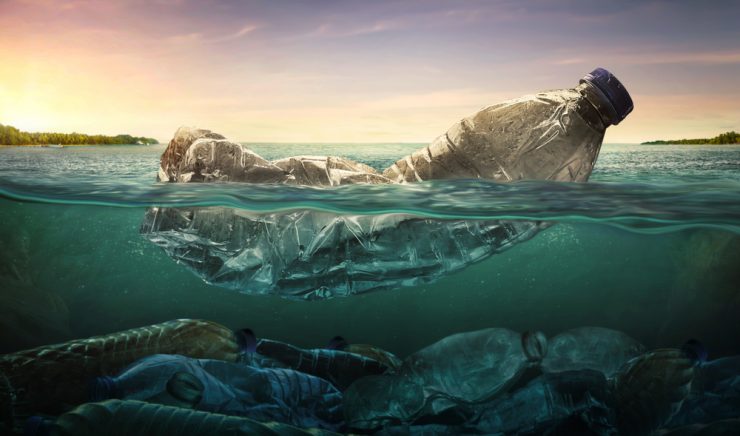 As many of us know by now, single-use plastic has taken over our world in terms of packaging. With the millions of tons of plastic waste left behind, there is nowhere for this trash to go but landfills.

But what about the billions of pounds of plastic that are dumped into the ocean every year?

What happens to it? How long does it take this plastic to decompose? And what are the long-term effects? Read on to learn more.

How Does Plastic End Up in the Ocean?

Plastic waste and other forms of litter end up in the ocean in multiple ways. As mentioned above, landfills are overwhelmed with trash which can lead to its improper disposal.

Additionally, illegal dumping plays a significant role in the pollution of the ocean. When trash is disposed of in the wrong place, it can be much easier for it to end up in water sources nearby.

Lastly, because most plastics used by humans are lightweight, they can be easily transported from one place to another.

In other words, even the wind and stormwater runoff can contribute to the amount of plastic in the ocean.

As a result of these actions, about 8 billion tons of plastic end up in marine environments annually.

So, what actually happens to the plastic? Well, to answer this, let’s start with another question: How long does it take for plastic to decompose in the ocean?

Due to the way plastic is manufactured, it can take an extremely long time for it to break down. Even then, it is never truly decomposed.

More specifically, it can take anywhere from 50 to 600 years for a single piece to break down.

This leaves items such as plastic bags, water bottles, bottle caps, plastic straws, food wrappers, and more to float in the water.

As you can imagine, because it takes so long for each piece to break down, the trash continues to pile up annually. The overcrowding of debris in the ocean has also led to an even longer “decomposition” period.

In reality, when a piece of plastic breaks down, it continues to break into smaller pieces gradually and eventually becomes what is known as microplastic.

As plastic waste continues to remain in the ocean for years on end, it has many negative effects on the environment, animals, humans, and even the economy.

How Plastic Affects Marine Life and the Environment 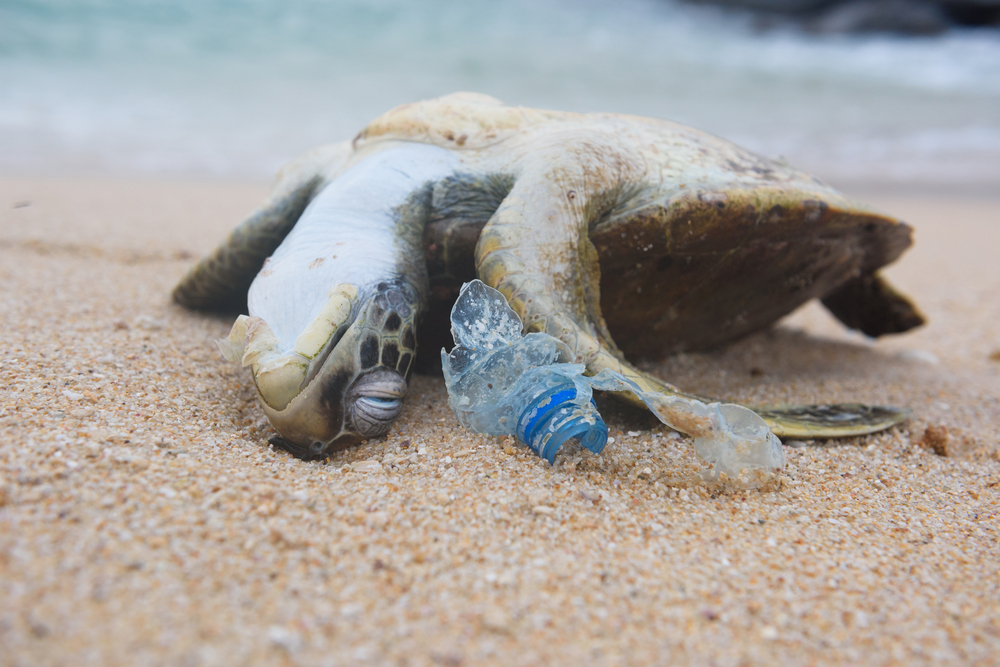 Arguably the most well-known issue associated with marine plastic is its threat to marine life. To many sea creatures, plastic can look like their food.

When these animals ingest plastic, they are left without real nutrients and instead with toxic chemicals and an empty stomach. This often leads to their death.

Most commonly known for the ingestion of plastic are turtles and birds.

In addition to the consumption of plastics, many marine animals can be trapped or strangled by plastic waste. Six-ring plastic loops used for drinks are notorious for this.

If they are not suffocated by the trash, getting tangled in these pieces of plastic can lead to cuts and injuries that make the animals more susceptible to infections and attacks.

There are also long-term effects of plastic in the ocean on top of the immediate impacts. Specifically, the amount of plastic produced and used contributes to climate change.

This is because when heat is applied to this type of plastic, it releases greenhouse gases. In other words, when plastic remains in the ocean, the heat from the sun causes it to contribute to the rise in global temperatures.

Believe it or not, plastic in the ocean also affects human lives.

Specifically, as our oceans remain polluted, many of the things we consume daily such as water, salt, seafood, and even beer can be contaminated with plastic remains.

As plastics are transferred through food chains in a marine environment, they eventually end up in our bodies.

Further, some of the chemicals used in plastics have been identified as carcinogens. In other words, any part of this debris is not something you want to be putting into your body.

How Plastic Affects the Economy

Though it may not be the first thing you think of when the topic of marine plastic comes to mind, this trash also has an impact on the economy.

Due to the increased amount of plastic in the ocean, many tourism spots are littered with debris. As you can imagine, this makes it much less likely for people to visit.

How Can We Get Rid of Plastic in the Ocean?

So, you may be left with a few questions. What can we do to reduce the amount of plastic found in our oceans? What are some solutions?

Though many companies and organizations are putting measures in place to reduce ocean pollution, there are a few changes we can make in our everyday lives to make a difference.

First and foremost, the most powerful change you can make is to reduce your plastic use. Though we may not realize it, there is an incredibly unnecessary amount of single-use plastic present in our lifestyles.

Luckily, there are many simple alternatives to plastic products. For example, reusable grocery bags, produce bags, sandwich bags, straws, and sustainable toothbrushes are a few easy and accessible swaps.

Additionally, when you cannot avoid using plastics, make sure to recycle them if possible.

Lastly, you can volunteer to pick up litter in your neighborhood. The less litter there is on the ground, the less likely it is to end up in water.

As you can see, plastic in the ocean poses an imminent threat that we must address. Though it may be convenient, single-use plastic has detrimental effects on our world and our lives as we know them.

In order to see a positive change, it is vital that we all make an effort to reduce our plastic use and continue to educate others around us!

Can You Eat Stingray and How Does It Taste?

10 Jobs You Can Get With a Degree in Marine Biology

Could California Have Offshore Wind Farms in the Future?