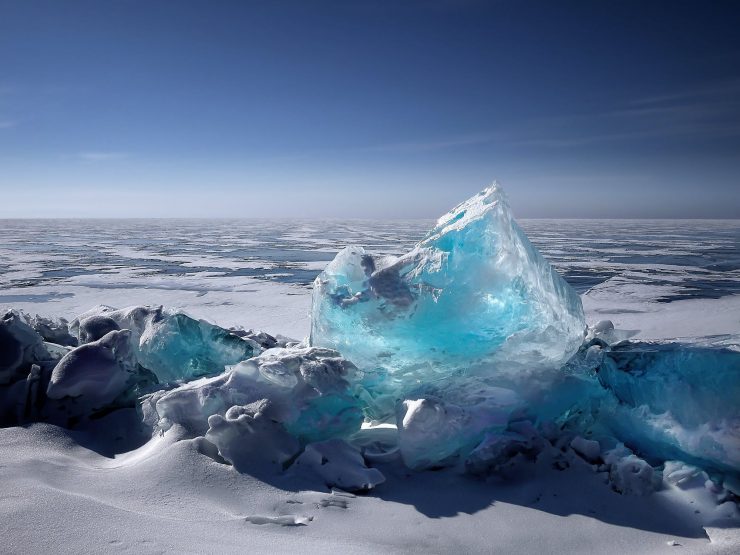 In the last 140 years, the sea level has risen by approximately 8-9 inches. For some, this information is met with a shoulder shrug or a possible exclamation of “interesting!” For others, this statistic sparks a tumble into a deep existential crisis.

But how does global warming affect sea levels, and how can that influence your life?

No matter which group you belong to, this information influences some questions that members of both parties want answers to.

For example, why did it rise? Will it continue to rise? What does this mean for humans and civilization? Is there anything we can do to stop the sea levels from rising? And for those of us who have yet to research this topic at all, you may be asking what on earth global warming is!

Let’s start with the latter.

What is Global Warming? 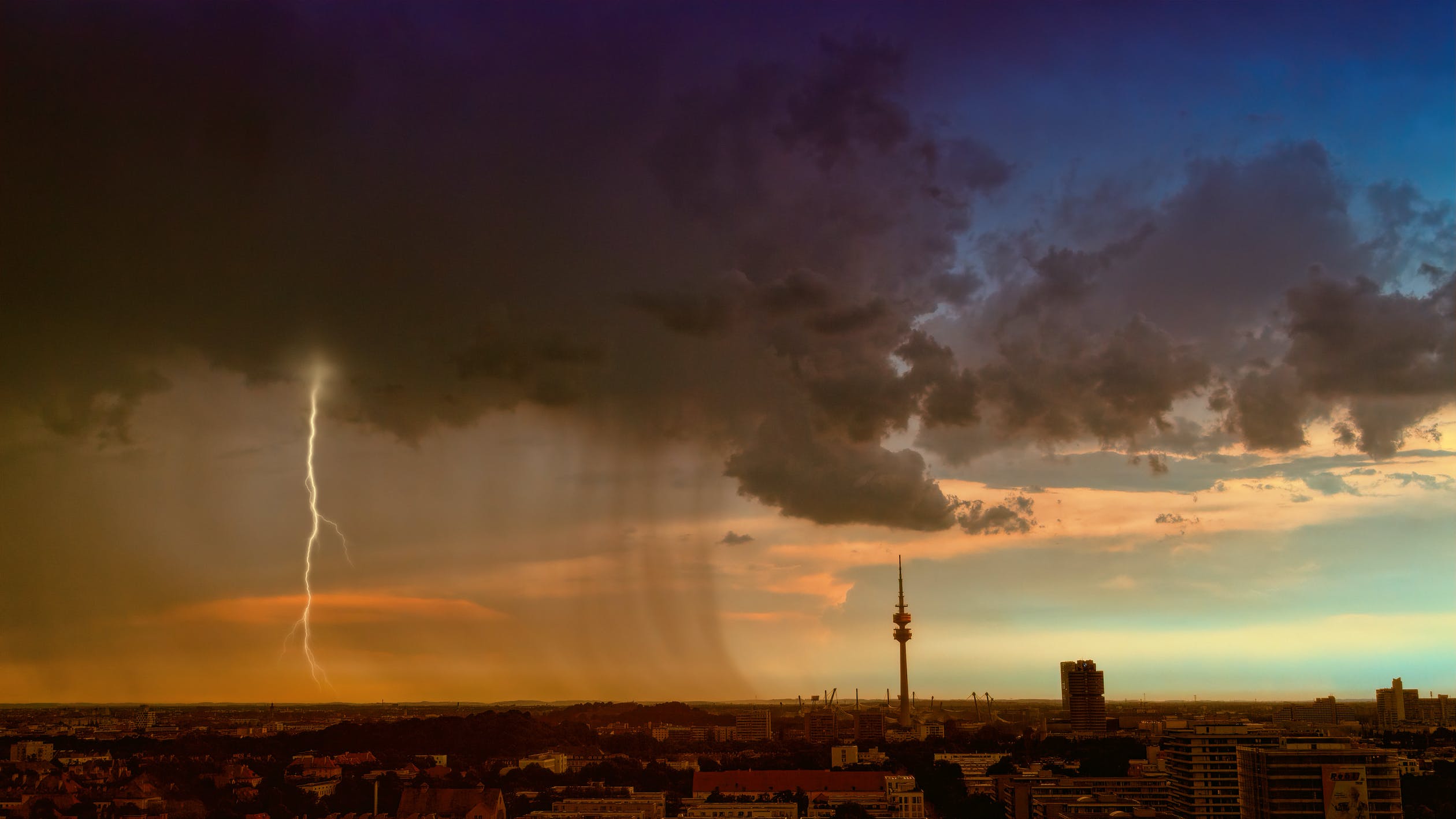 Weather can be defined as atmospheric changes over short periods of time (days or weeks). An example of weather would be when it is a high of 80 degrees and sunny on Monday, but is a low of 65 with heavy thunderstorms on Tuesday.

Weather fluctuates frequently, and while some weather can be dangerous, it usually does not have a long-term effect on the environment.

Climate, on the other hand, can be defined as the long-term and global averages of certain weather patterns, including humidity, rainfall, and temperature. Climate is steadier overall than weather, which makes a cause for alarm when it changes significantly.

While climate change and global warming do go hand in hand, it is important to recognize that they are not synonyms by any means.

Climate change refers to the long-term change in climate (often determined by studying weather patterns over a long period of time). Climate change is natural, and the planet has undergone natural fluctuations (including hot spells and cold spells) over its long existence.

Climate change may also be influenced by factors such as volcanic eruptions, ocean currents, and more.

NASA describes global warming as “the long-term heating of Earth’s climate system observed since the pre-industrial period (between 1850 and 1900) due to human activities, primarily fossil fuel burning, which increases heat-trapping greenhouse gas levels in Earth’s atmosphere.”

In comparison to climate change, global warming is not natural as it is a result of humans tampering with the natural environment, albeit unintentionally.

If Climate Change is Natural, Why is Global Warming Dangerous?

If the earth becomes too hot too quickly, crops could die off, animal species may not evolve to adapt to a warmer climate, and ocean levels could rise exponentially.

This could not only harm the natural environment and negatively affect non-human species, but it could also displace human populations, harm our economy, and cause numerous public health issues.

So How Does Global Warming Affect Sea Levels?

Global warming causes sea levels to rise. As stated earlier, sea levels have risen by 8-9 inches since the beginning of one of the great industrial ages in 1880.

Scientists examine the time between the start of this industrial period and present day when studying global warming, as this is when humans started to make a true impact on the climate.

One of those impacts includes rising sea levels. Remember that global warming is causing the temperature of the planet to rise overall due to greenhouse gasses being trapped in the Earth’s atmosphere. This increase in temperature has two effects on sea levels.

First, an increase in temperature causes ice to melt, which causes sea levels to rise. The famous campaign to save the polar bears was based off of the fact that ice – the polar bear’s natural habitat – is melting at a rate that they cannot adapt to, causing a decrease in the species population. 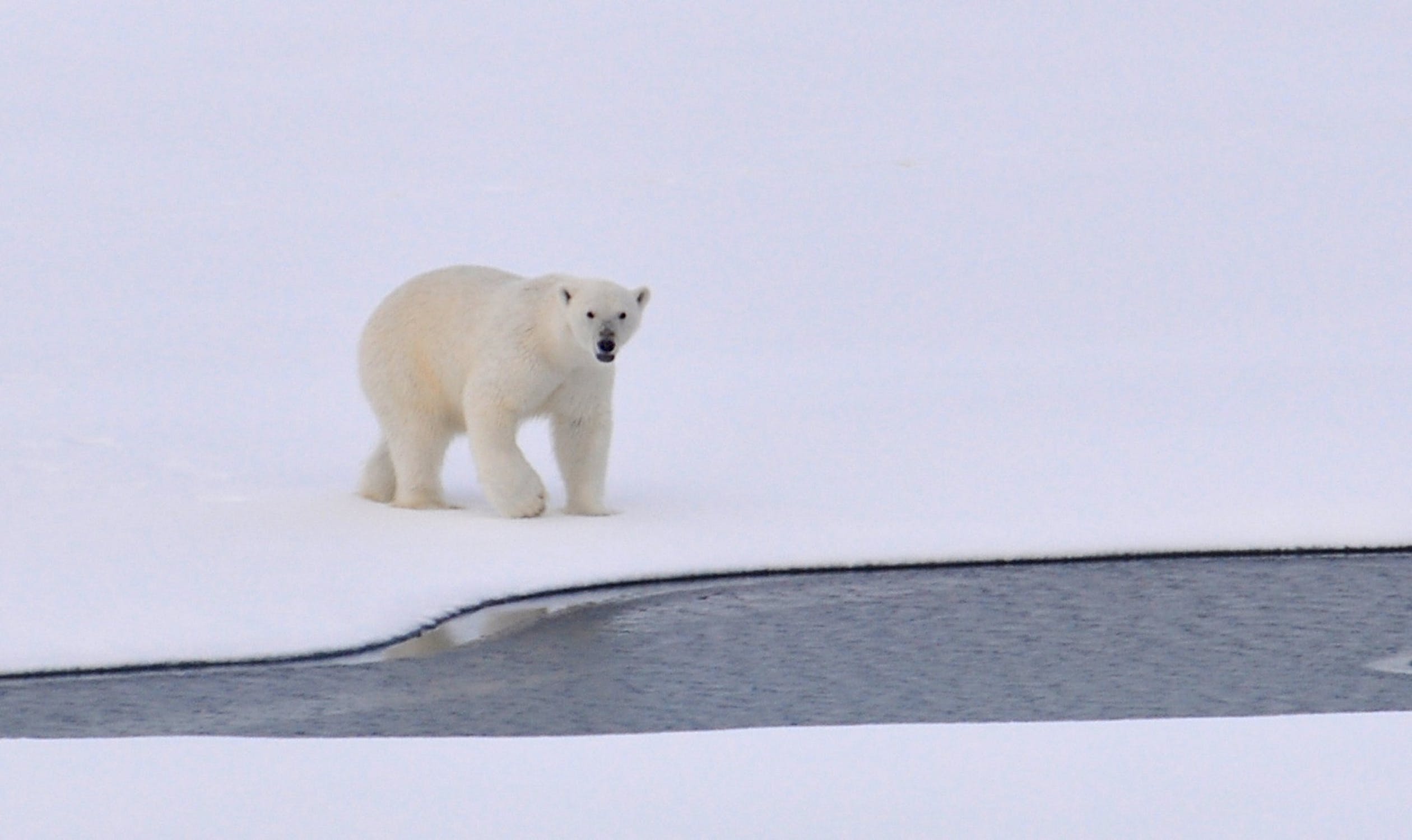 While this is a meaningful campaign, there is an issue being overlooked that is posing a greater threat to the earth than the loss of polar bears: the fact that this ice becomes water, and that water has to take up space somewhere.

The second reason for an increase in sea levels is more chemical. When temperatures rise, molecules move faster, creating more space between them than when they are cold.

So, as the overall planet temperature rises, the temperature of the ocean heats up. This causes molecules to move faster, creating more space between them and causing an overall expansion in how much space the water takes up as a whole.

In simpler terms, the water is expanding, and the only place for the molecules to go is up.

What Does This Mean for the Human Population? 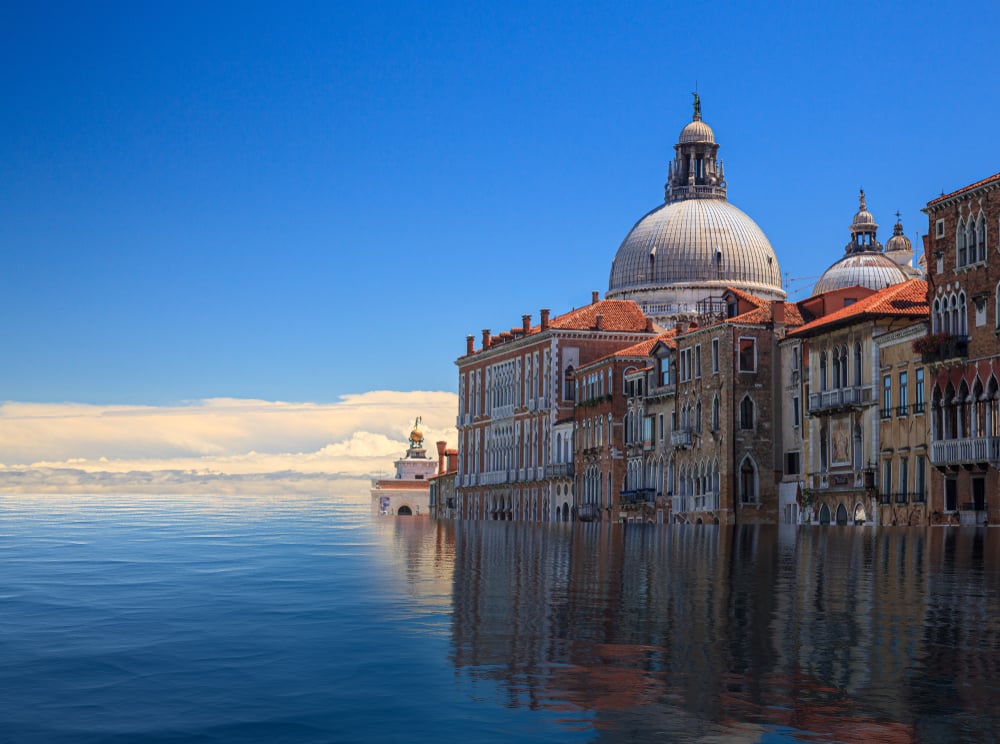 Most people wouldn’t think that a measly eight inches of water can have much of an effect on the human population… but how about an extra eight feet?

With more than one billion people globally expected to live near the coast by the end of this century, those extra eight feet of water will no doubt have some say in the lives of a huge proportion of the human population.

Scientists predict that by 2100 the ocean level will rise anywhere between one and eight feet more than it already has. Eight feet is a lot more than eight inches, and could cause some unfortunate effects.

As cities flood, people will need to relocate. This could cause issues with the global economy as people migrate to inland cities, searching for homes and jobs in mass. Approximately 40% of the United States population lives in coastal areas, meaning that eventually 40% of the population will need to migrate inland in search of a new life.

For cities that are not yet submerged but are instead subject to erosion and heavy flooding, water contamination will become an issue. This could lead to many public health issues, such as an increase in water borne diseases and a lack of drinking water.

What Solutions are Being Implemented?

As dire as the situation may seem, there is some hope. As a population, we still have time to reverse the effects of global warming. Some coastal cities have also started to prepare for the worst, working to prevent the shocking future they are being faced with.

Many governments are pledging to transform their countries into carbon neutral regions. Carbon neutral refers to the halt in adding carbon dioxide to the environment, either by removing as much as is given off or eliminating the production of it completely. A majority of countries that pledged plan to achieve this by 2050.

Governments that are working towards carbon neutrality include China, Japan, Denmark, the United Kingdom, Canada, Brazil, France, Germany, Ireland, New Zealand, South Africa, The United States of America, and many others.

While becoming carbon neutral is definitely a step in the right direction, it is not going to immediately stop the sea level from rising. Because of this, some cities have taken measures into their own hands. 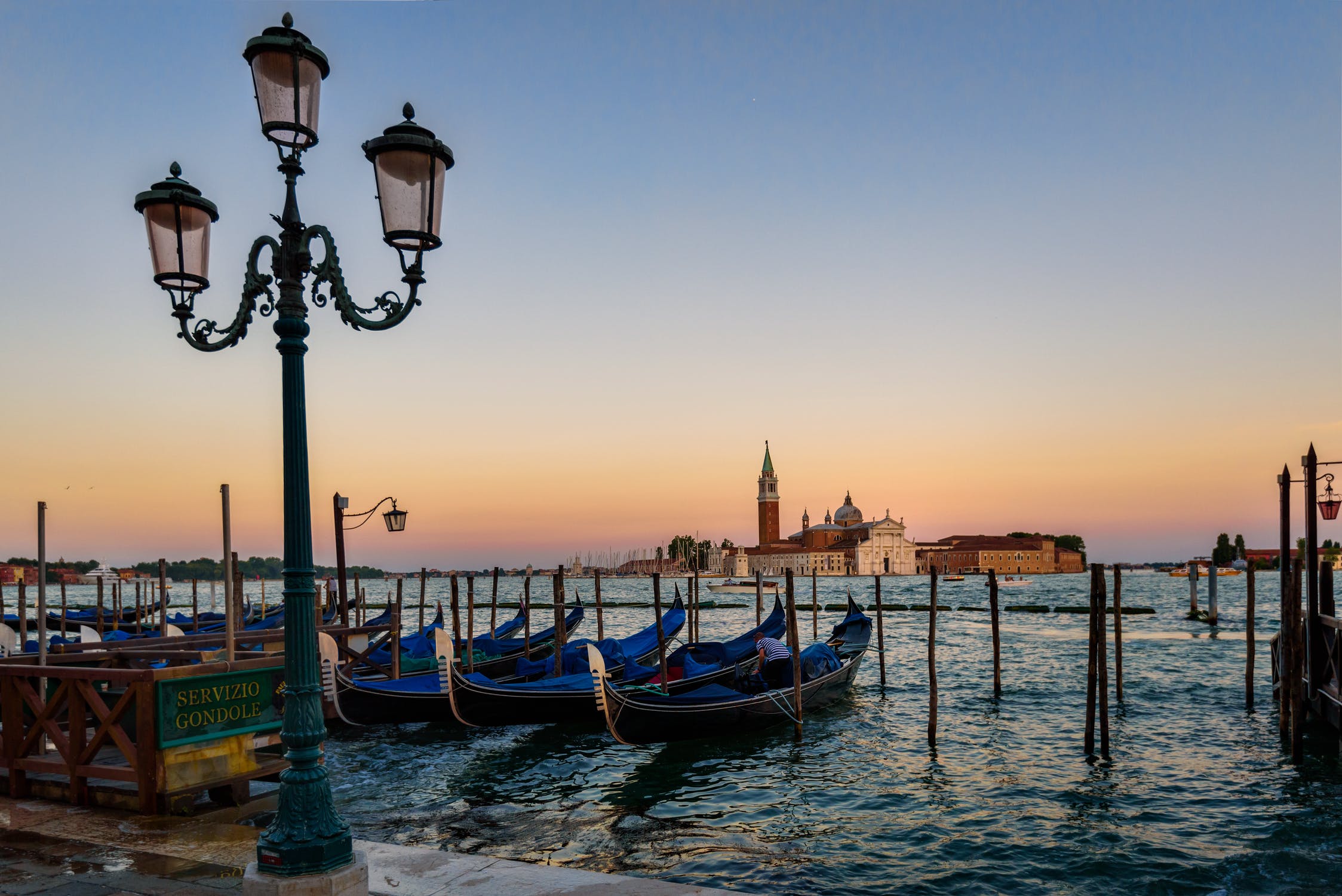 Venice, one of the cities at greatest risk of submersion in the next century, is in the process of implementing MOSE: a project that will prevent Venice from flooding as sea levels continue to increase. The over €5 billion project is expected to be completed in 2021.

New York City is also in the process of building a flood protection project, known as the East Side Coastal Resiliency, or ESCR. Additionally, in 2019, the Major of New York City proposed a $10 billion plan to expand the Manhattan coastline by two blocks to protect from inevitable flooding.

What Can I Do to Prevent Sea Levels from Rising?

Preventing sea levels from rising and reversing the effects of global warming is a big task… but all big tasks can be achieved by many people making small changes. Taking action in your everyday life can help the environment, the oceans, and our cities more than you think. 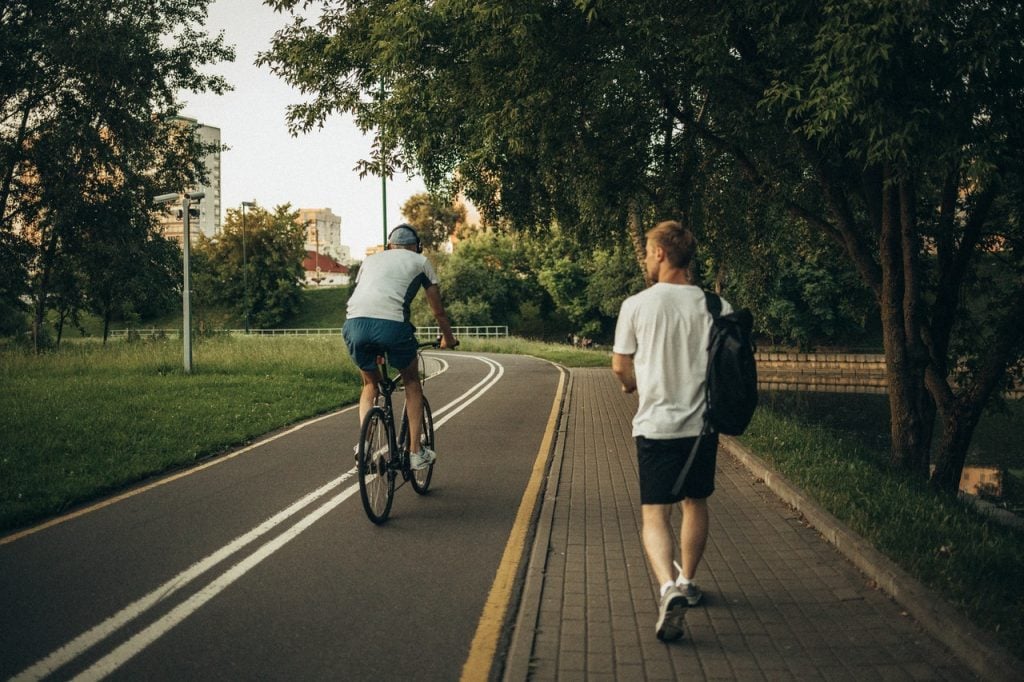 One big way to help is by reducing your carbon footprint. Your carbon footprint is the amount of greenhouse gas emissions that you cause. It is calculated looking at the way you live (your shelter, how you eat, transportation habits, etc).

Some ways to reduce your carbon footprint are:

While it may not seem like eating less meat can help to reduce the amount that sea levels will rise in the next century, it is more strongly correlated than you think!

Eating less meat reduces the amount of energy that goes into feeding livestock, which composes a large proportion of the overall greenhouse gas emissions.

To learn more about how the other tips can reduce greenhouse gas emissions, you can calculate what your ecological footprint is here.

Rising sea levels are a real and very dangerous threat to our environment, society, and life as we know it.

By 2100, our population could face migration, economy crashes, the reintroduction of certain diseases, poor mental health, and an overall decrease in public health all because of global warming causing sea levels to rise.

Even so, there is hope. If a bunch of people act to make small changes in their lives, we may be able to reverse – or at least stop – the effects of global warming and its inevitable consequences.

Can You Eat Black Drum and How Does It Taste?

Can You Eat Sea Urchins and How Does It Taste?

Can You Eat Horseshoe Crab and How Does It Taste?

Can You Eat Pufferfish and How Does It Taste?

Can You Eat Black Drum and How Does It Taste?