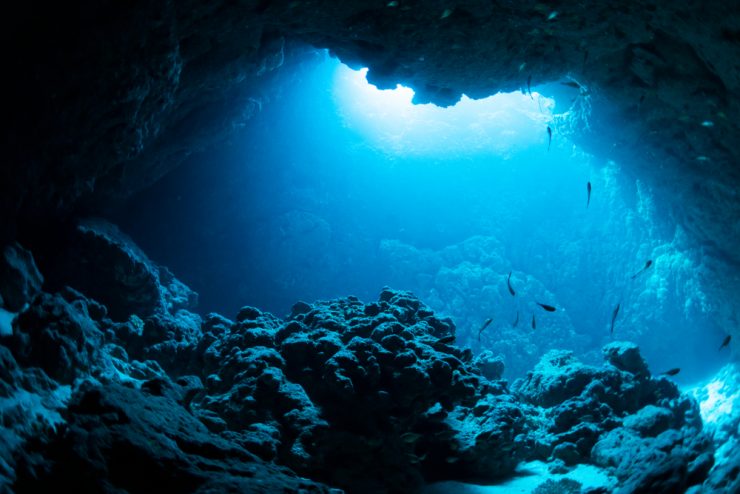 Native to the Northwest Atlantic Ocean and ranging from North Carolina in the south to the Grand Banks off Newfoundland in the north, the barndoor skate is a fascinating ocean species. Known scientifically as Dipturus laevis, it is the largest of the skate family with an unusual, flat disk-like body and a “wingspan” that can reach as wide as five feet.

Typically, barndoor skates measure from 30 to 48 inches long but occasionally reach 60 inches in length or more at maturity. Females may grow slightly larger than males, although the size difference is marginal. The average weight is between 30 and 38 pounds.

Described as “cartilaginous” fish, they have no actual bones. Instead, their skeletons contain tough, somewhat flexible but hardened cartilage.

Barndoor skates large disk-like flat shape is distinctive with a long pointed nose and a thick, moderately long tail with two dorsal fins. It has two close-set eyes on top and two gills on its body’s underside, creating its distinctive overall appearance. Mucus pores appear on the upper neck region.

Its dorsal or top side is mostly light brown to reddish-brown with darker colored spots spread across its surface. The ventral or bottom side is usually lighter colored white or light gray, spotted with irregular darker gray blotches. Males have a smoother appearance, while females feature a slightly rougher appearance on their surface.

Like more than 60 other skate species, barndoor skates are closely related to rays and more distantly to sharks. Skate are sometimes mistakenly identified for the much larger rays which are more diamond-shaped with longer tails. Unlike rays, skate tails have larger dorsal fins and no stinger.

While slow-growing, barndoor skates live from 13 years up to 16 years of age. They mature between eight and 11 years of age when they are ready to reproduce. Males mature at 42 inches in length, while females mature as they reach 45 inches long.

While rays give birth to live offspring, barndoor skate females produce single eggs in yellow or greenish-colored, rectangular-shaped capsules and lay them in sandy ocean bottoms or mudflats. Spawning generally occurs in winter, and females produce from 40 to as many as 100 eggs every year, but their survival can be affected by ocean currents and other local conditions.

These eggs are unusual in appearance, with fine threadlike filaments at the front and back and small, sharp “horns” on each corner. Incubation usually takes between six and 12 months, although females do not attend their eggs after laying them.

According to some observations, barndoor skate hatchlings measure between seven and eight inches and often follow their mothers and other large objects around.

Where do the Barndoor Skates live?

Barndoor skates mostly live along the eastern coast of North America, extending from the warmer waters of North Carolina in the south to the colder waters north in the Gulf of St. Lawrence, off the coast of Nova Scotia, and near the Grand Banks of Newfoundland. Barndoor skate do not migrate and usually prefer water depths from 450 feet to 750 feet, although they inhabit water as deep as 2400 feet or more.

Water temperatures in their usual habitat range widely from just above freezing in the northern region to 68°F further south in the North Carolina area. Barndoor skates will move further offshore during warmer summer temperatures. Although they can inhabit the brackish, shallow coastal waters, they prefer higher salinity seawater.

These fish live and feed along the ocean bottom, wherever they can find their preferred prey, ranging from shallower mudflats and sandy bottoms to rockier pebble or gravel sea floors. 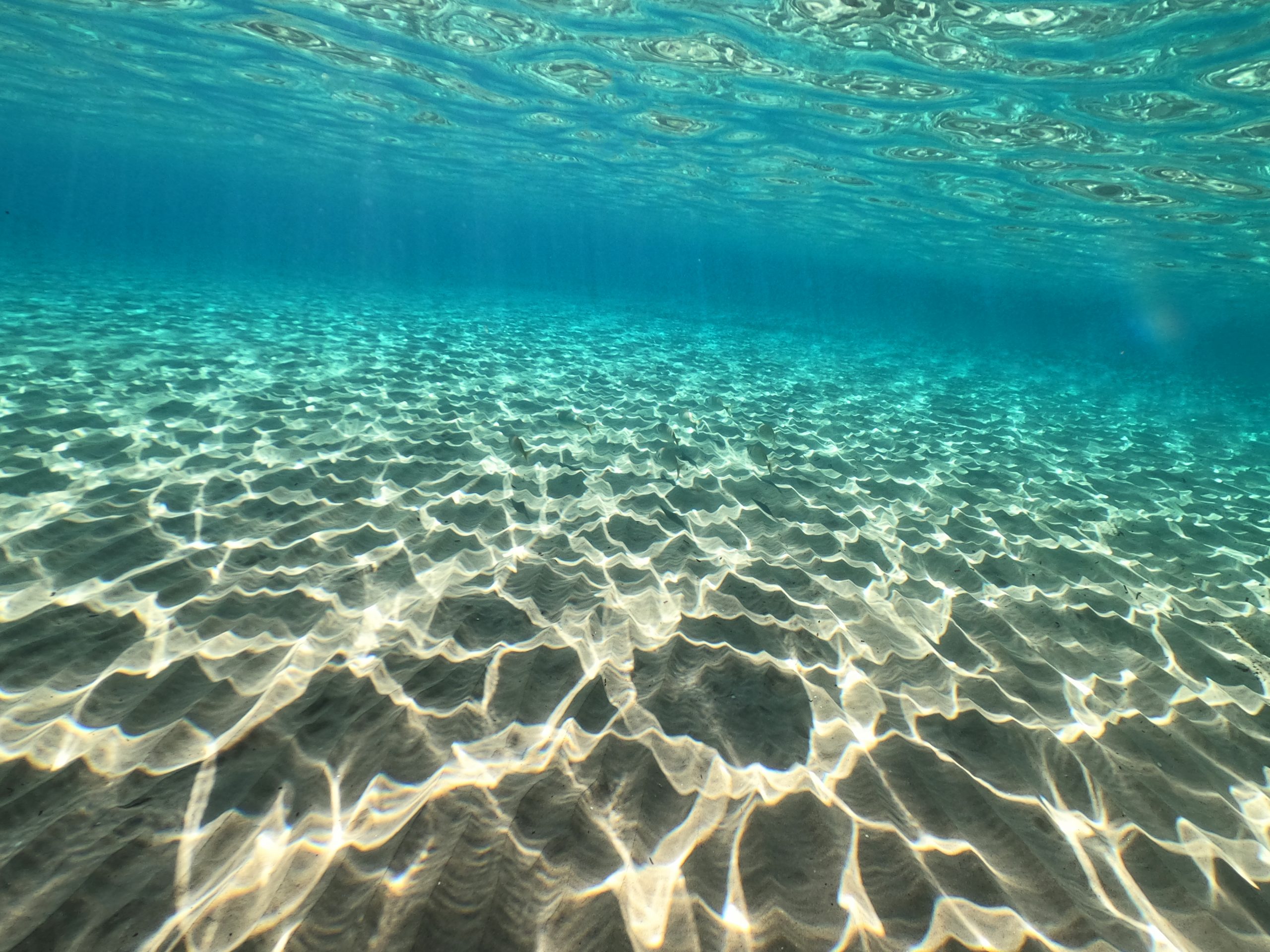 What does the Barndoor Skate eat?

Barndoor skates are predators and feed close to their ocean floor habitat. When younger or smaller, they will eat mostly sand shrimp, small squid, snails, and bristle worms. As they grow, barndoor skate add lobster, cancer crab, rock crab, hermit crab, spider crab, and other larger crustaceans to their diet. Barndoor skate sometimes use their snout to dig into the sandy ocean floor for bivalve mollusks.

According to the American Fisheries Society’s research, mature individuals turn to a diet primarily of groundfish and bigger crustaceans they can more easily capture as they grow larger and more adept at hunting their prey.

The most important fish in the adult male diet include Atlantic herring, dogfish, alewife, hake, butterfish, sculpin, and several flounder types. Male barndoor skate prefer an 80-20 mix of fish and larger shellfish, while females like a diet with a 50-50 blend of fish and larger crustaceans, including crab and lobster.

Barndoor skate have also been known to prey on smaller sharks when given an opportunity.

While once nearly fished to extinction in the late 1990s, because of better fisheries management and conservation efforts, overfishing is no longer a current threat to their survival. Barndoor skate are sometimes harvested by groundfish and scallop trawlers as a bycatch species, but commercial fisheries do not widely target them.

The most common use for the species from the small, carefully-managed US fishery is for bait, pet food, fishmeal, and a small market for human consumption.

Because their habitat is on the eastern coast of North America, the US and Canadian authorities keep a close watch on the species. The NOAA manages the species through a small directed fishery off the US northeast coast.

While their vulnerability is considered moderate overall, limited scientific information is available about climate change’s overall impact on the species. According to scientists at the NOAA, barndoor skate reproduce slowly and may be somewhat susceptible to gradual warming of water temperatures and acidification.

Researchers noted that increased warming and acidification reduced the newly hatched Little Skate’s body size for the closely related species. Anything that affects the barndoor skate’s typical crustacean and fish prey can be a future concern; however, there is no evidence of negative impact on the species by climate change and global warming to date.

Because of its large size, the adult barndoor skate has no known predators other than larger sharks. Larger prey may feed on juvenile skate because of their small size.

With foreign commercial fishing not allowed in the Atlantic coastal region, there is no current threat by overfishing. While still somewhat of a mystery species, scientists have not yet uncovered any additional predators or threats to its survival.

In 2003, the International Union for Conservation of Nature (IUCN) listed the barndoor skate as “endangered” primarily due to overfishing between the mid-1970s and mid-1990s. Commercial fisheries do not actively harvest the species, although they reopened to commercial fishing in 2019 under the New England Fisheries Council’s guidance.

Thanks to two decades of substantial conservation efforts and government-enforced fishing bans, the species has recovered to a status of “least concern” on the IUCN’s environmental Red List. Scientists have not extensively studied these fish, but they are a cold water species, so we need to learn much more about them in the near future.

Here are a few fascinating facts: