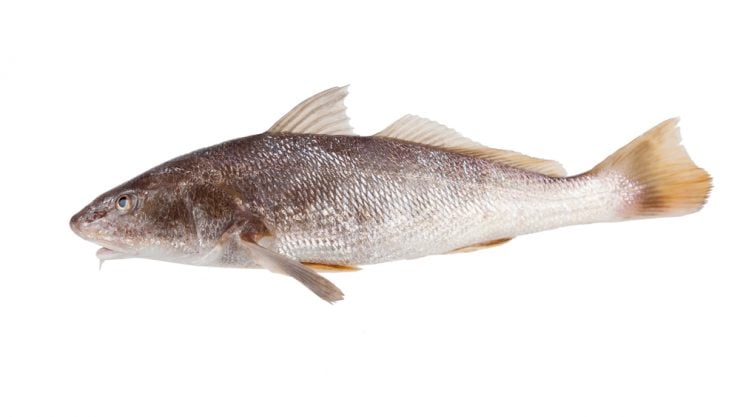 The average Atlantic croaker is 12 inches length and weighs .5 to 2 pounds. Three to five pairs of small barbels or “whiskers” on their chins help them feel for food on the sea floor; a lateral line that extends to the tip of its caudal (tail) fin; inferior mouth (located to the bottom of the head facing the ground); and brown vertical stripes on its sides are among its distinguishing features. Adults have a reddish tinge to their skin, while the young are silvery and iridescent. The hue of older fish is brassy, with vertical brown lines caused by spots on their scales.

About The Atlantic Croaker

As part of their spawning rite, Atlantic croaker “croak” by vibrating their swim bladders with specific muscles. A swim bladder is an air-filled pocket within a fish that helps it stay afloat and upright. Females are drawn to this type of conduct. They achieve sexual maturity around one year old along the Gulf Coast.

In several other locations, this is not the case. Fall is spawning season, with a peak between August and October. Females will release between 100,000 and 2 million eggs, each measuring around 1/3 mm in diameter, throughout spawning season. The larvae (immature stage) migrate toward land after hatching. They can be found in vast numbers on soft bottoms, such as mud, where there is plenty of food.

Shrimp, crabs, and detritus make up the diet of the Atlantic croaker (dead and decomposing plant and animal matter).

The Atlantic croaker has an eight-year lifespan. Striped bass, sharks, spotted seatrout, other croakers, and humans are among their predators. Croakers in the northern section of their area mature later and live longer than those in the southern.

Every year, more than 95 percent of the Atlantic croaker population dies as a result of predation.

Raw Atlantic croaker is not recommended since it can transmit trematodes (parasites) to humans. The spotted seatrout and red drum are close relatives of the croaker.