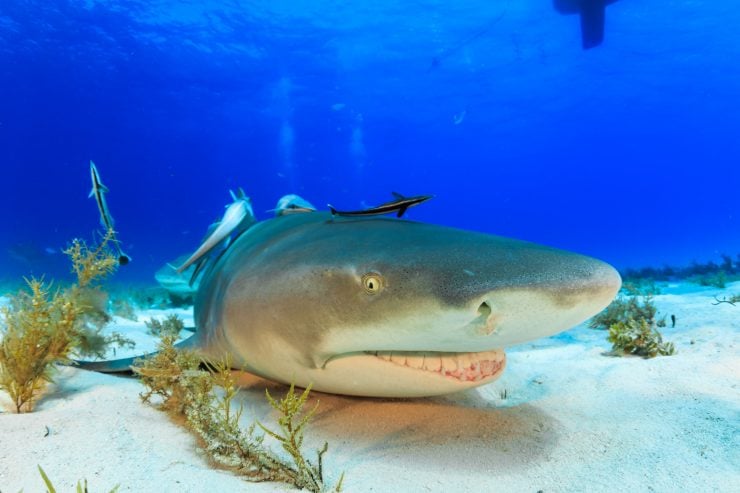 What Do Lemon Sharks Eat?

Lemon sharks are one of the fascinating fish in both wild and captive environments. As one of the larger species of shark, adult lemon sharks can grow up to 10 feet. They are highly reliant on camouflage and specialized hunting using their impressive eyesight. The thin band that makes up their eye allows them to see the light and color quite well in the murky waters they call home.

Lemon sharks also use electroreception to navigate, find and hunt prey, and interact with other sharks. Their name comes from the unusual yellow tinge of their skin, which helps them blend into the ocean floor.

What Do Lemon Sharks Eat in The Wild? 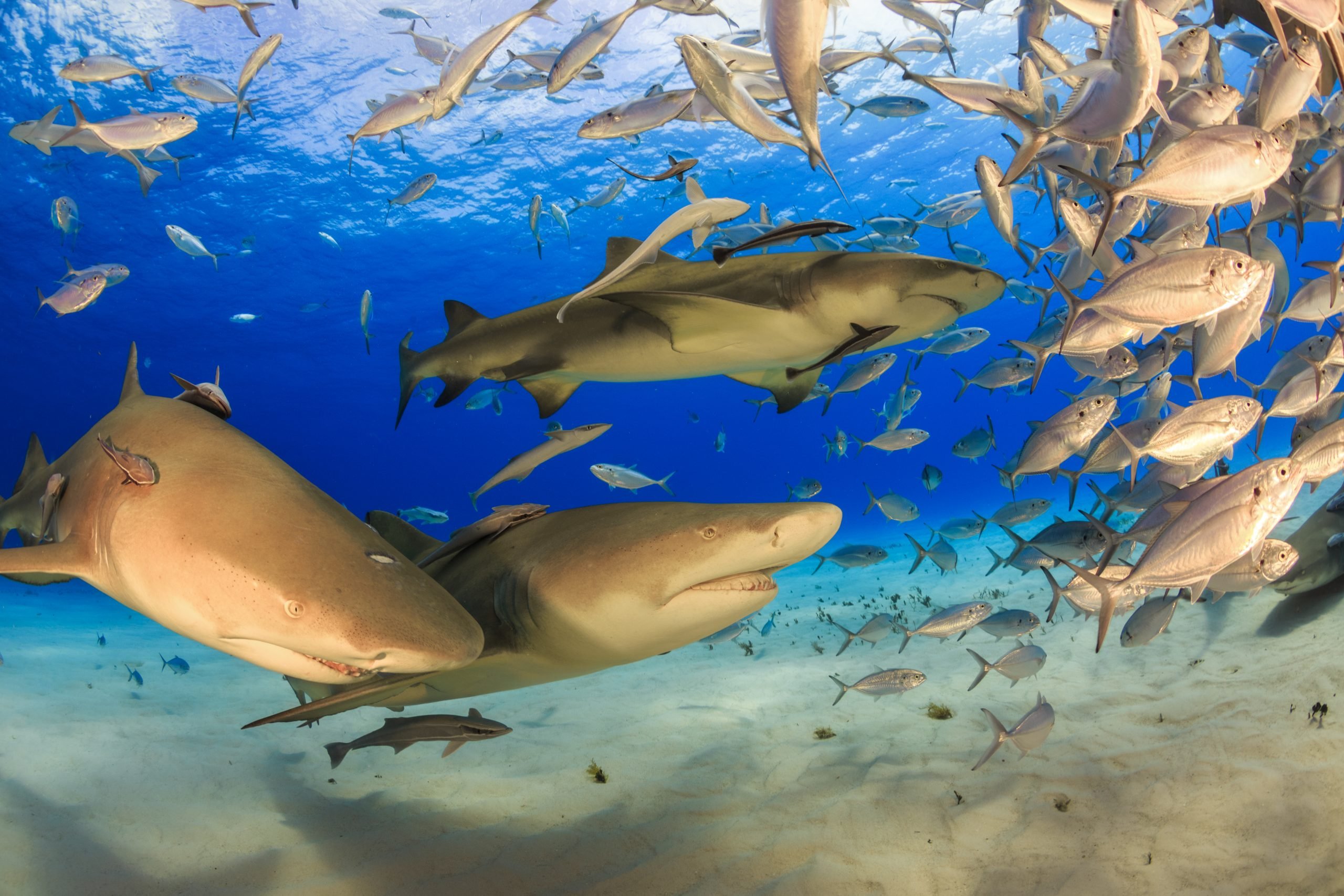 Lemon sharks prefer habitats like mangrove estuaries, where fish congregate and make for easy prey. Lemon sharks are not picky eaters. However, they tend to focus on prey that requires less work to catch. It means they tend to hang around fish nurseries and other easy targets.

What Do Lemon Sharks Eat in Captivity?

Since lemon sharks eat a wide variety of prey, they are relatively simple to feed in captivity. Lemon sharks will eat crustaceans, catfish, jacks, mullet, croakers, cowfish, stingrays, eagle rays, porcupine fish, guitarfish, crabs, crayfish, and even birds. Since lemon sharks will eat smaller sharks, those in captivity must be monitored and fed sufficiently. Any smaller shark of the same or another species is potential prey.

Lemon sharks eat until they are full. However, lemon sharks do not eat aimlessly. They often prefer fish that are slower-moving, more visible, or young and more vulnerable to attack. When keeping them in captivity, lemon sharks should usually be kept separate from other species not intended to serve as prey.

When in captivity, lemon sharks can eat a diet consisting mainly of fish. Keepers should supplement with crustaceans, squid, or other food sources. However, since lemon sharks commonly prefer the same species, they do not need much variety. It makes their wild diet easier to reproduce than some other species. 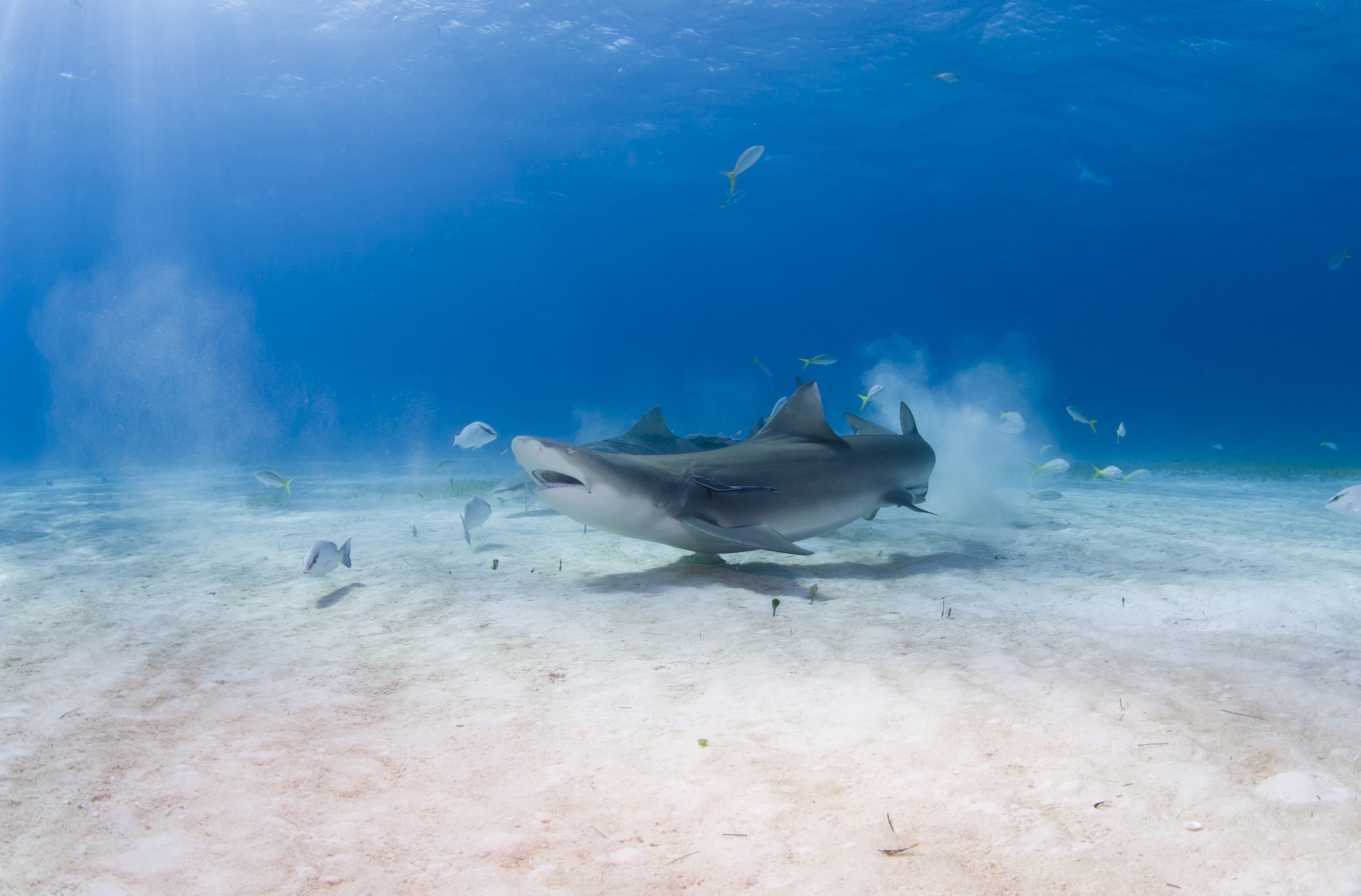 Where Do Lemon Sharks Live?

Lemon sharks are common in shallow waters along coasts. Occasionally, lemon sharks can also be found in freshwater locations. They are known to migrate through the open ocean, though they would rather have a single site to call home. Lemon sharks sometimes live in groups of a dozen or more that feed together.

Typically, lemon sharks rest on the ocean floor during the daytime, beginning their hunt at dawn and dusk. This species enjoys blending in with sandy seabeds, waiting for the right moment to strike. Along with the lemon shark’s short snout and flathead, this quality makes it an efficient predator. Few fish or crustaceans stand much of a chance once a lemon shark has them in its jaws.