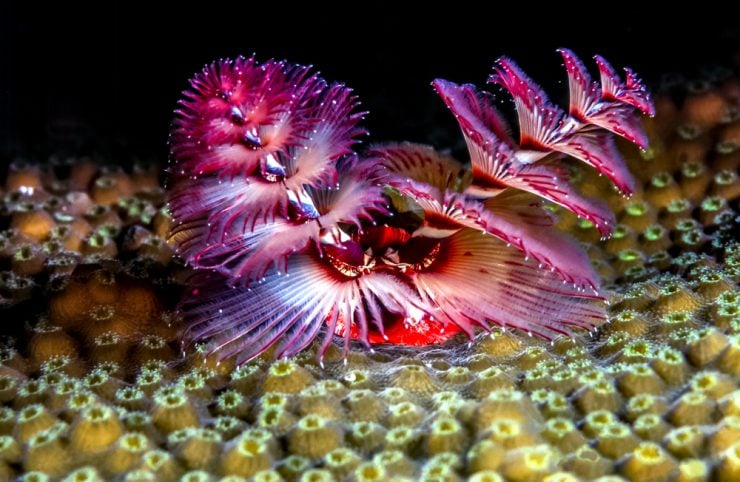 However, they live on the same coral for their entire life, which can make them vulnerable. So are they endangered?

Keep reading to find out! 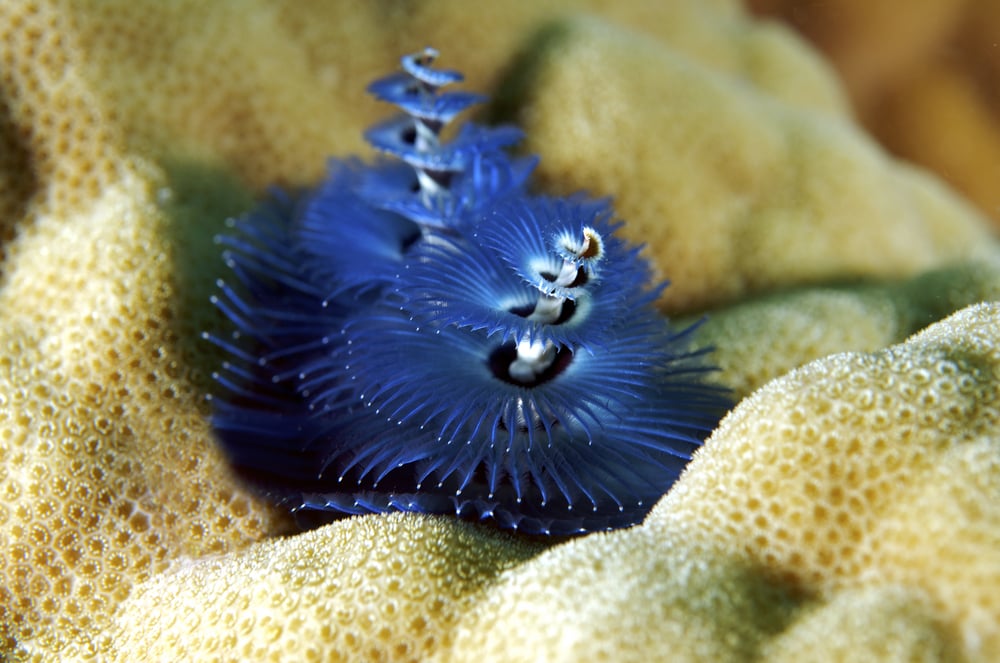 As it turns out, Christmas tree worms are not an endangered species. However, this does not mean they’re safe.

Before we get into the risks they’re facing, let’s talk a little bit about the habitat and lifestyle of the Christmas tree worm.

As mentioned above, these worms are tube builders and live their entire lives on one coral.

The tube, which is excreted by the worm, is used as a home and a form of protection. Once a Christmas tree worm builds its tube on a coral, it is pretty much stuck there.

So, how is it possible for these worms to never move? Well, Christmas tree worms are actually decomposers, which means they break down organic matter in the ocean, returning nutrients to the ecosystem.

Due to their eating habits, these worms are able to let their food come to them. Specifically, Christmas tree worms catch their food as it floats by. 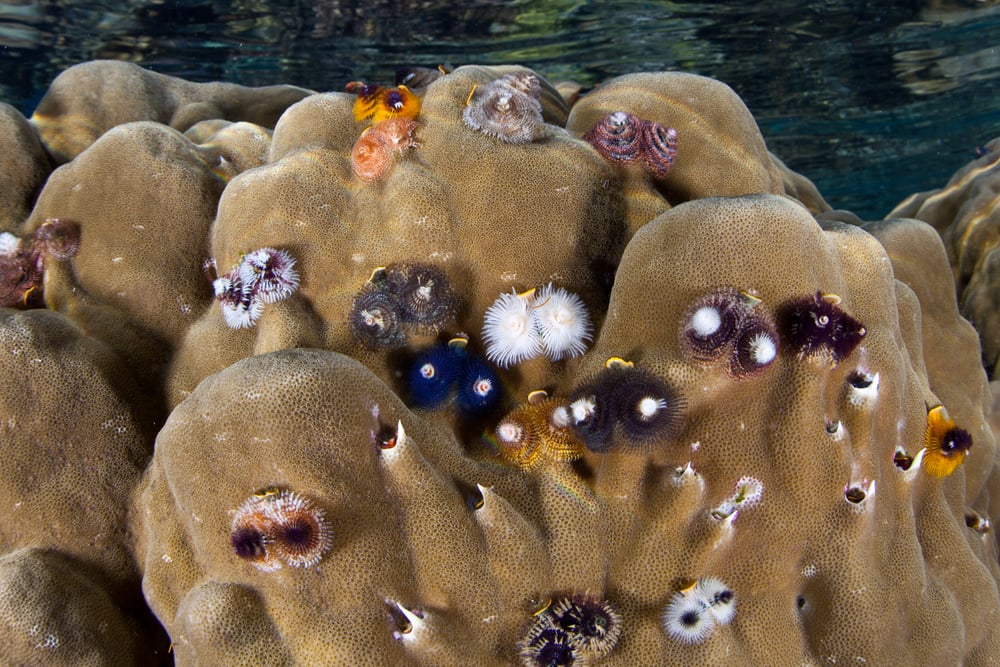 Now that we’ve addressed the sedentary lifestyle of the Christmas tree worm, let’s explore why they’re at risk for endangerment.

As mentioned above, these marine worms spend their entire lives on one coral. This makes them pretty vulnerable.

To put it simply, if anything happens to the coral a Christmas tree worm lives on, it will likely not survive.

You may be asking yourself: What would happen to the coral?

Well, believe it or not, coral reefs are facing many threats, primarily posed by humans.

More specifically, coral reefs face the threat of physical damage. Corals are delicate and fragile, so it can be easy to destroy the reefs.

Corals are susceptible to damage from coastal development, dangerous fishing practices like trawling and dredging, human interaction, and boat anchors.

Additionally, a major threat to corals is pollution and climate change. Like any other living thing, corals are vulnerable to certain chemicals and substances.

Due to pollution, these substances can end up in our oceans and kill coral reefs.

Similarly, as climate change continues to occur, many parts of our oceans are experiencing increased temperatures.

As these temperatures continue to rise, much of the algae on corals dies, leaving them without a source of food and protection.

Lastly, ocean acidification poses a threat to corals. Due to increased temperatures, the ocean is slowly becoming more and more acidic.

As a result, the chemistry of the ocean is changing and many of the substances needed for corals to form are becoming scarce. This prevents additional growth and can kill existing corals.

Overall, any of these threats can lead to the death of coral reefs, and in turn, the death of Christmas tree worms.

Though many marine animals may not be endangered, it is important that we take care of their habitats as well to prevent species from becoming endangered in the future.

How Deep Is the Ocean?

Is A Killer Whale a Shark?