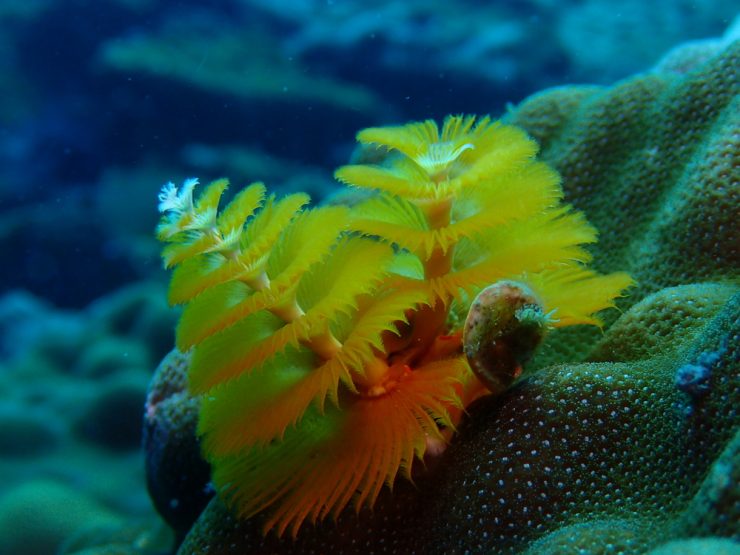 These worms are tube builders and are usually found in tropical oceans. So what do these worms do? And are Christmas tree worms decomposers?

These crowns are made of radioles, which are essentially an extension of the worm’s spine. The radioles allow these worms to breathe and eat.

The small hair-like radioles make it easy for Christmas tree worms to catch their food as it floats nearby.

This is important seeing as these worms spend most of their life on one coral where they build protective tubes.

Once a Christmas tree worm catches food with its radioles, the food goes through a food groove and is directed by what is called ciliary tracts.

Ciliary tracts are lines of tiny extensions on the worm’s cells. These tracts have the ability to generate water currents which helps transport food and mucus in their body.

Interestingly, if Christmas tree worms consume sand particles along with their food, their bodies store these particles in special sacs to save for later.

You may be wondering, why would the worms save sand particles? Well, these particles are actually used to help build tubes!

What is a Decomposer?

So now that we know how Christmas tree worms eat their food, what do they eat? And are they decomposers?

First, let’s explore the definition of decomposers. A decomposer is an organism that breaks down organic matter, or dead plant and animal matter.

Decomposers are at the bottom of their respective food chains and usually help to recycle nutrients back into the environment through the process of decomposing matter. These nutrients are then used by other animals and the cycle continues. 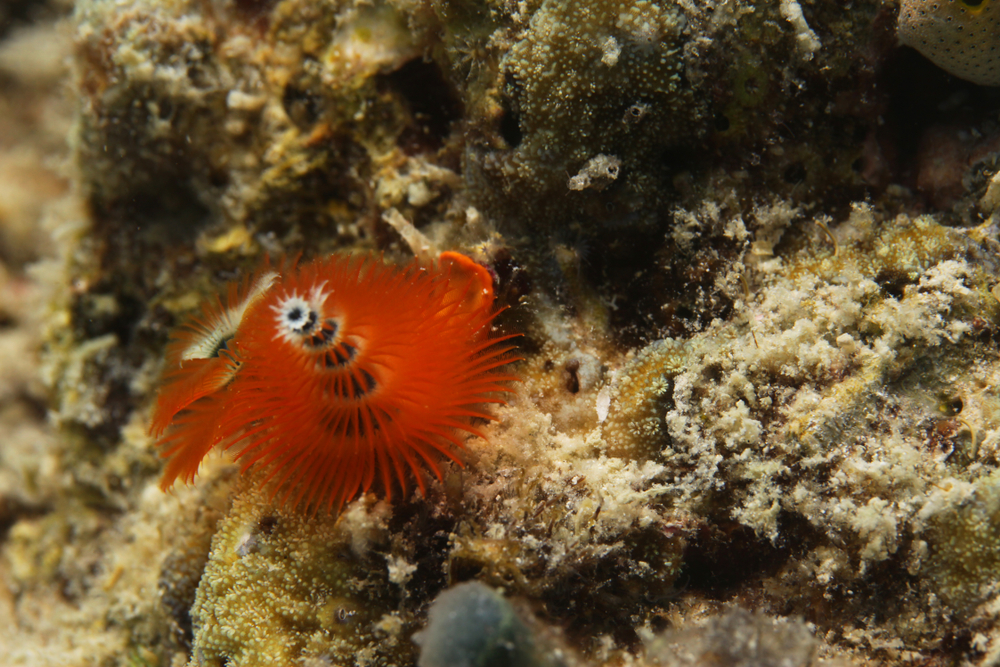 In fact, Christmas tree worms are actually considered macrodecomposers because they are larger than most decomposers.

There are many other animals, especially within the sea that are considered to be decomposers. Let’s explore a few.

Other sea creatures classified as decomposers include crustaceans and mollusks, bacteria, fungi, sea cucumbers, starfish, sea urchins, and other kinds of marine worms.

Though they may not be the most well-known sea creatures, Christmas tree worms are interesting animals and sure have a flashy appearance.

Through decomposition, Christmas tree worms play an incredibly important role in the food chain and the lives of many other sea animals.

Without decomposers like the Christmas tree worm, organic matter would just pile up and the nutrients in it would go to waste.

Without these nutrients, organisms at the beginning of the food chain would not be able to complete regular processes or survive, which would destroy the balance of the entire chain.

In short, Christmas tree worms are key to the survival of many other species. So if you ever see one, you’ll know the role it plays in the ocean!