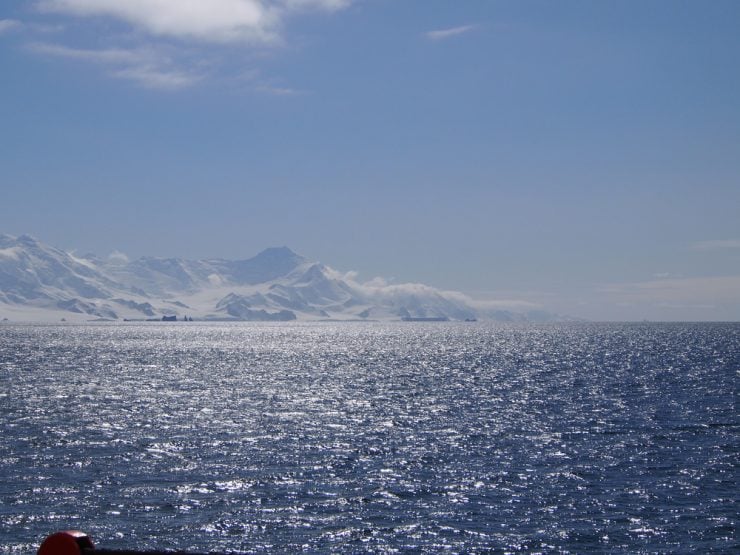 Since National Geographic began making maps in 1915, it has recognized four major oceans across the globe: the Atlantic, Pacific, Indian, and Arctic Oceans. Starting on June 8th, World Oceans Day, it will finally recognize the Southern Ocean as the world’s fifth ocean.

Where is the new ocean?

The Southern Ocean is found exactly where you think it would be found — on the Southern Hemisphere, at the bottom of the globe. The Southern Ocean is located around Antarctica. Nat Geo announced the decision on Tuesday, June 8th, 2021 in honor of World Oceans Day. While the four other oceans are defined primarily by land masses, Nat Geo decided to add the Southern Ocean as the fifth ocean because of its uniqueness and because researchers and executives wanted to bring attention to all areas of the ocean.

The Southern Ocean can be found and told apart from other oceans based on its current, known as the Antarctic Circumpolar Current (ACC). This current was established 34 million years ago when Antarctica first separated from South America as a result of moving tectonic plates.

Waters within the ACC are known to be colder and less salty than waters to the north, according to researchers at Nat Geo. The ACC is also responsible for helping to regulate the Earth’s climate. Scientists are currently studying how human-induced climate change might be altering the characteristics of the newly christened Southern Ocean.

In a statement on its website, NOAA (National Oceanic and Atmospheric Administration) called the Southern Ocean the “newest” named ocean, calling it the “body of water extending from the coast of Antarctica to the line of latitude at 60 degrees South.”

Not all countries agree on the exact boundaries of the Southern Ocean, and the proposed area has yet to be ratified by the International Hydrographic Organization.

This change marks the first time in over a century that an organization has redrawn the world’s oceanic maps, which have historically only included the four previously mentioned oceans: the Atlantic, Pacific, Indian, and Arctic Oceans.

The Southern Ocean has been recognized by scientists for a very long time, but because there was never an international agreement, it was never officially recognized as the world’s 5th ocean until now.

The Southern Ocean stretches from Antarctica’s coastline to 60 degrees south latitude, excluding the Drake Passage and the Scotia Sea, according to Nat Geo. The newest body of water is the second-smallest, after the Arctic Ocean.

The waters encircling Antarctica have long had distinct ecological characteristics, including the unique current pattern of the ACC. The body of water is an oceanic ring around the bottom or the world that connects the Pacific, Indian, and Atlantic oceans above.

The Southern Ocean thus has a vital impact on the planet’s climate and Nat Geo experts want to preserve the water system in an era fuelling global warming. It is important to recognize it as the world’s 5th official ocean so it gains some credibility in the fight to preserve the planet and curb climate change.

Why Are Whale Sharks Endangered?