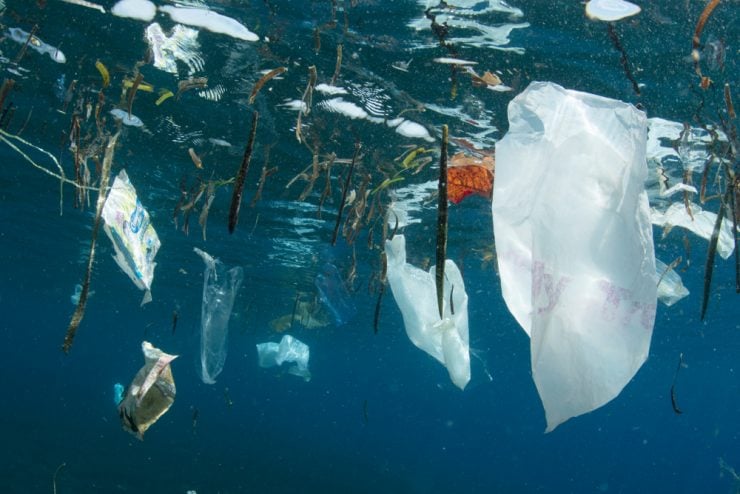 Everything You Need to Know About the Great Pacific Garbage Patch

The Great Pacific Garbage Patch (GPGP), also known as the Pacific trash vortex, is the largest of the 5 offshore garbage accumulation zones across the world’s oceans and is located about halfway between Hawaii and California, with some of it stretching toward Japan.

What is the Great Pacific Garbage Patch?

The Great Pacific Garbage Patch is a gyre of marine debris particles that have accumulated in one area as a result of current patterns and water movement in the ocean.

Most of it consists of microplastics that hover at or just below the surface of the water, and despite the common perception of the patch existing as a giant island of floating garbage, its low density makes it difficult to detect by satellite imagery and even by boaters or divers in the area.

Some of the plastic in the patch is over 50 years old and researchers believe that the patch covers nearly 700,000 square miles of the ocean. The patch consists of items such as plastic lighters, water bottles, pens, cell phones, plastic bags, toilet paper, and toothbrushes, among other small single use plastics.

Over the last 30 years or so, researchers have been studying the Great Pacific Garbage Patch quite closely. In 2008, the JUNK Raft Project was organized by the Algalita Marine Research Foundation in order to highlight the presence of plastic in the patch.

In 2009, two vessels from the Ocean Voyages Institute; the New Horizon and the Kaisei, embarked on a voyage to research the patch and determine whether or not it would be reasonable to collect and recycle the debris on a commercial scale. These researchers were also looking at the impact of the plastic accumulation on mesopelagic fish.

In 2010, Ocean Voyages conducted a 30-day expedition that tested prototype cleanup devices. In 2012, the Ocean Voyages Institute conducted yet another voyage from San Francisco to the Eastern edge of the GPGP, and then a following return voyage which also passed by the gyre on the way. This expedition was intended to survey the extent of debris caused by the Japanese earthquake-tsunami.

What is in the Great Pacific Garbage Patch?

In 2015, Science journal published a study that sought to discover where exactly all the trash from the GPGP originated. The discarded resources and other garbage were discovered to be flowing eastward out of Asia, the six primary sources being: Indonesia, China, the Philippines, Sri Lanka, and Thailand.

In addition to this, the Ocean Conservancy group reported that Indonesia, Thailand, Vietnam, China, and the Philippines dump more discarded plastic into the sea than all of the globe’s countries combined. China alone is responsible for 30% of worldwide plastic ocean pollution. In 2019, it was revealed that much of this ocean plastic came from Chinese cargo ships.

In 2018, it was found that at least 46% of the Great Pacific Garbage Patch is composed of discarded fishing nets and trawling gear.

How did it form?

The GPGP formed gradually over a very long period of time as a result of marine pollution gathered by naturally occurring ocean currents. It lies in the stationary region of the North Pacific Ocean, where the North Pacific Gyre’s rotational pattern brings in waste material from across the North Pacific.

In a 2014 study researchers determined that discarded fishing gear such as trawl kits, lines, buoys, and nets accounted for more than 60% of plastic marine debris. Constituents of the GPGP range in size from miles long abandoned fishing nets to microplastics used in cosmetics and cleaning products.

A 2017 study concluded that of the 9.1 billion tons of plastic produced since the product was invented in 1950, close to 7 billion tons are no longer in use. The authors of the study estimate that 9% was recycled, 12% was incinerated, and the remaining 5.5 billion tons remain in the ocean and stuck in landfills.

It is hard to determine just how big the GPGP is because large items such as discarded electronics are uncommon. Most of the garbage tends to be small plastic particles suspended in the water column just below the surface, unable to be detected by aircraft or satellites.

Although the size of the patch is determined by analyzing concentration of plastic debris in the water, there is no standard for determining the boundary between “normal” and “elevated” levels of plastic pollution, since the entire ocean is polluted by such products.

The United Nations Ocean Conference (UNOC) estimated that the oceans might contain more weight in plastics than fish by 2050. Plastic attracts seabirds and fish… when marine life consumes plastic, this allows plastic to enter the food chain. This can lead to greater problems when species that have consumed plastic are then eaten by other predators.

Affected species include sea turtles, the black-footed albatross, many species of whales, and dozens of species of marine mammals. Whales have been sighted within the GPGP, which poses entanglement and ingestion risks to animals using the patch as a migration corridor or core habitat.

Nanoplastics can penetrate the intestinal tissue of aquatic creatures and therefore can end up in the human food chain most notably by ingestion, particularly through shellfish and crustaceans. Ingestion of microplastics can be potentially fatal, having been linked with autoimmune disease, endocrine-disrupting agents, male fertility problems, and breast cancer.

Plastics in the human body can stop or slow down detox mechanisms and have the potential to affect the central nervous system and reproductive system. In vitro studies have shown evidence that polystyrene nanoparticles are taken up and can induce oxidative stress and pro-inflammatory responses.

The GPGP is a large collection of marine plastic in the North Pacific Ocean. The garbage patch is so huge, in fact, that it spans the entire width of the area between Japan and the United States.

The reason so much plastic comes together into a massive collection of marine trash is that the area is surrounded by the North Pacific Subtropical Gyre. A gyre occurs when ocean currents swirl around one calm, central area.

Over the years, the amount of garbage collected by this gyre has grown, as there are 7.7 million square miles in the North Pacific Ocean that the gyre circles around, continually adding trash via ocean currents.