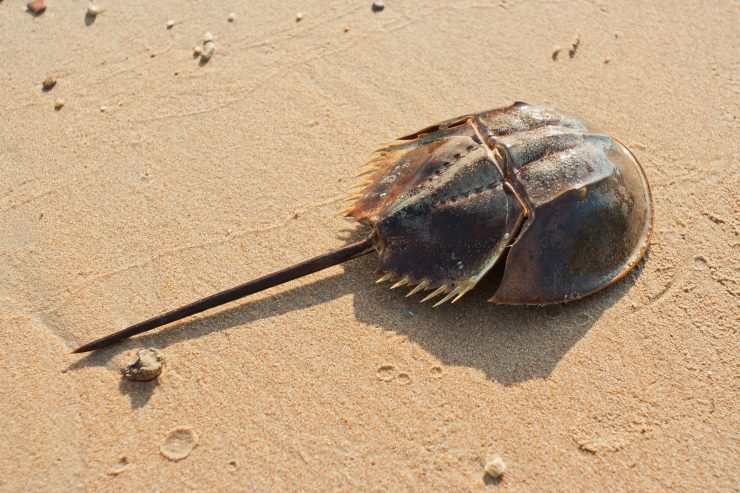 Horseshoe crabs have been around for millennia, even before dinosaurs walked the earth leading to their nickname “living fossils.” During their existence, they have remained relatively unchanged in their appearance and diet.

What is a Horseshoe Crab?

Horseshoe crabs are most closely related to spiders rather than crabs, as their name might suggest. There are four species of this organism, one residing along the Atlantic and Gulf coast, frequently found in Florida and the Delaware Bay. The other three species live in Southeast Asia. 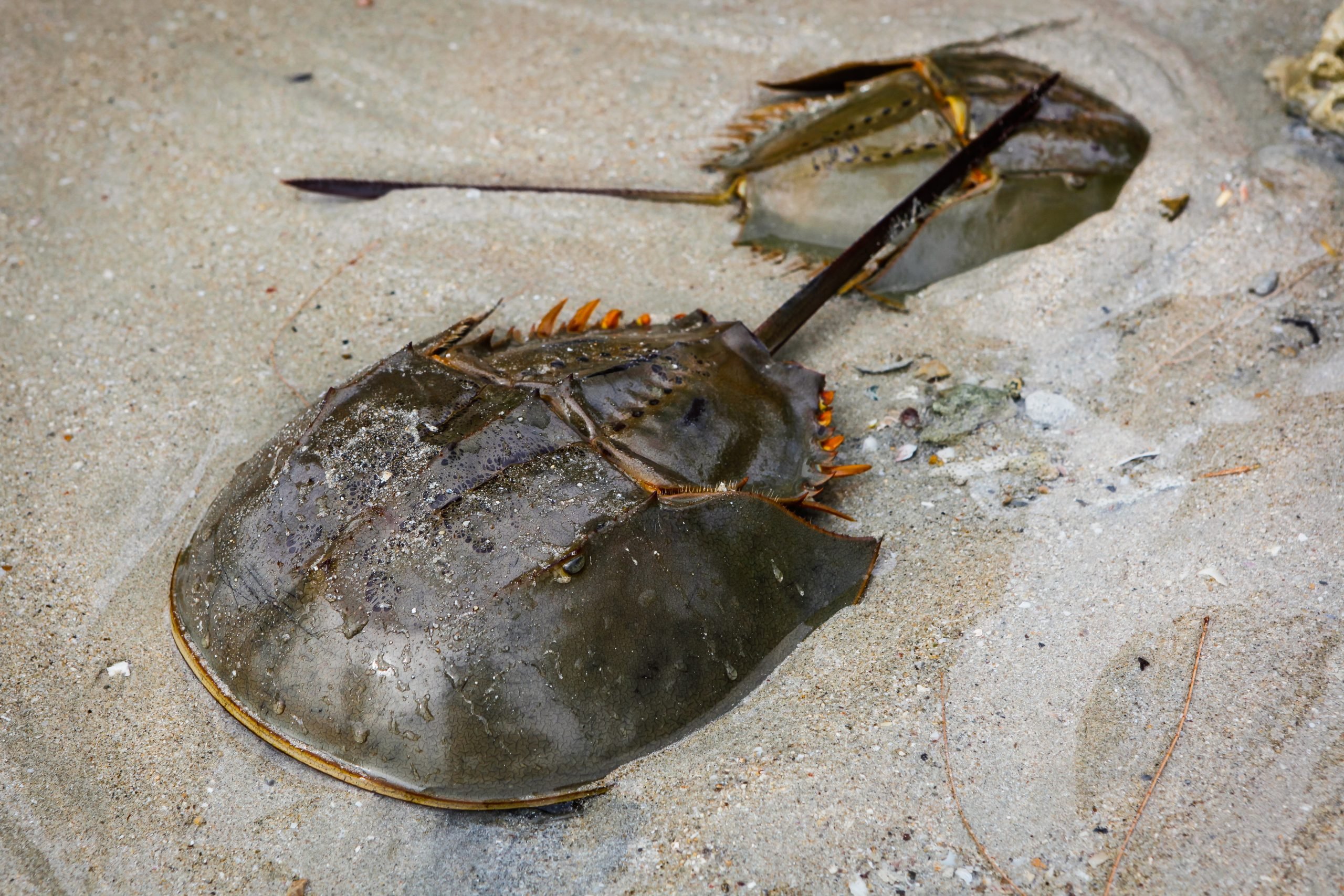 Despite their lengthy existence, Horseshoe crabs look nearly identical to their ancestors, most likely due to their durability. The organism has a hard, tank-like shell that makes it hard to break or crack open and sharp tension, or tale, that poses a threat to potential predators.

However, the Horseshoe Crab is otherwise harmless, often only using its tail to recalibrate itself when it gets turned over. It is not used to sting or penetrate. The Horseshoe Crab’s underbelly houses muscles for moving and gills for breathing, much like any other undersea creature. 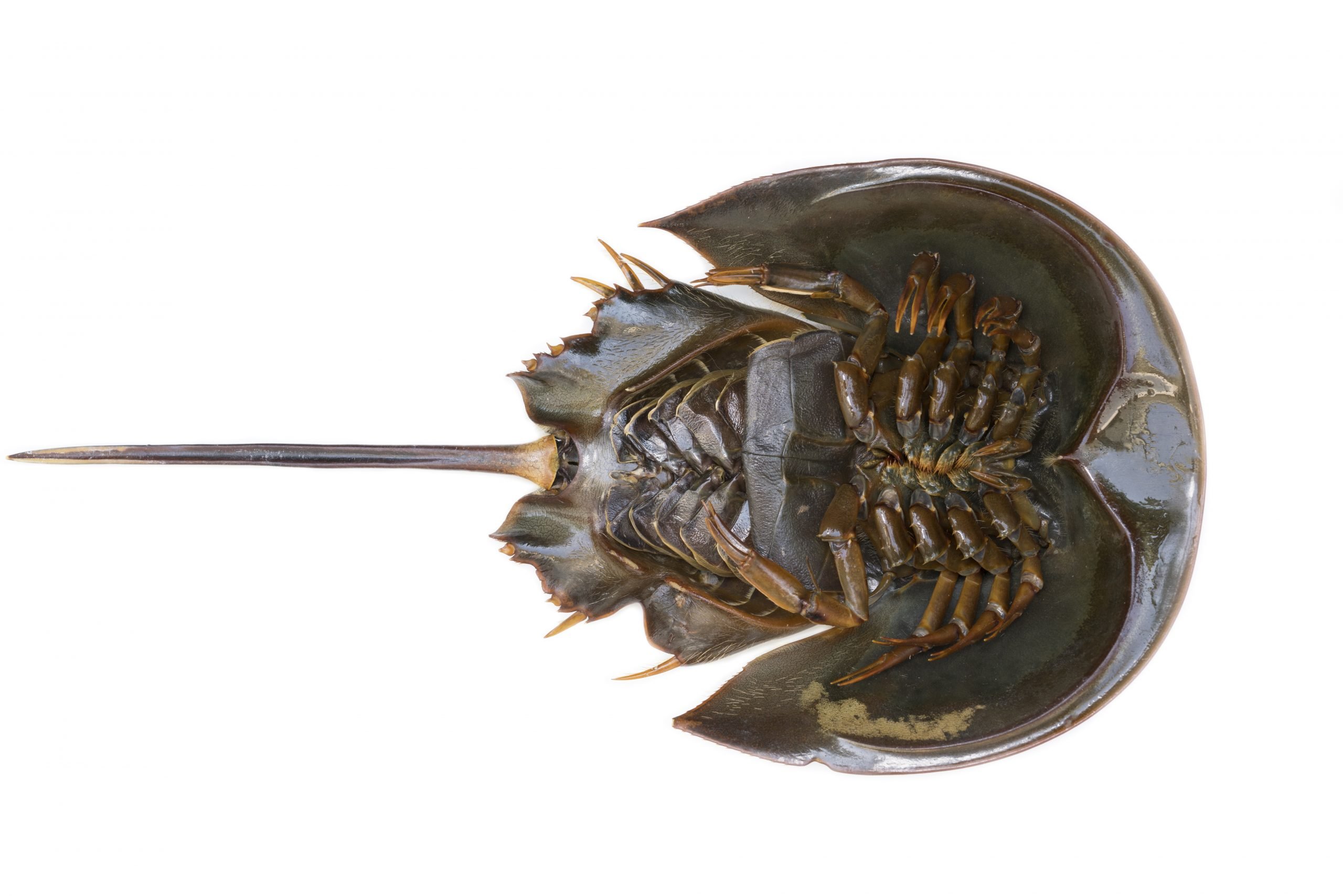 Just as spiders consume smaller insects, the horseshoe crab eats smaller undersea organisms such as worms, clams, crustaceans, algae, and other animals. Without teeth or mandibles, Horseshoe Crabs must crush up their food before eating. To do so, they crush whatever their food may be with their front legs — except for algae since it isn’t a hard material — before passing the sustenance to their mouth.

Unlike crustaceans and spiders, Horseshoe Crabs have a unique gizzard similar to that of birds. With their gizzard, these organisms can further grind up their food before it passes into the stomach.

While the Horseshoe’s outer shell provides durability and shelter from predators, the same protection level does not exist for Horseshoe Crab eggs. When these organisms are born, their eggs are vulnerable and provide much-needed sustenance to various predators such as birds, reptiles, turtles, and fish. Horseshoe crab eggs make up an essential part of these predators’ diets.

What is the Life Expectancy of a Horseshoe Crab?

After passing through the larval stage, the Horseshoe Crab sets up shop on the bottom of tidal flats for about a year, maybe more, to continue developing. As they progress in their development, they progressively move deeper into the water, eventually shedding their exoskeletons for larger ones.

Once their mating is complete, the process repeats itself with the newborns, and the adult Horseshoe Crabs return to the ocean. The Horseshoe Crab can ultimately live for more than 20 years.