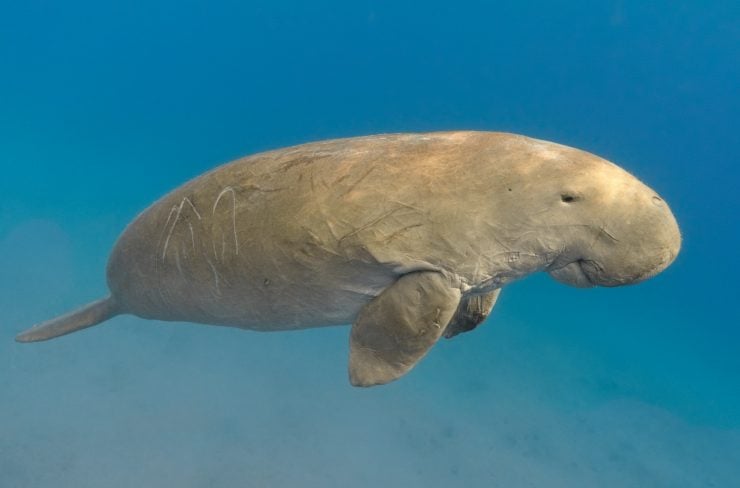 Dugongs are among the fascinating animals in the ocean and are responsible for some of the most exciting folklore and sightings near the equator. These animals are gentle herbivores, closely related to the manatee, and are the last animal of the mostly-extinct Dugongidae family.

These creatures are highly protected worldwide, with dugong conservation efforts prevalent in many southern hemispheres, from Australia to Thailand.

Dugong Diet: What Do Dugongs Eat? 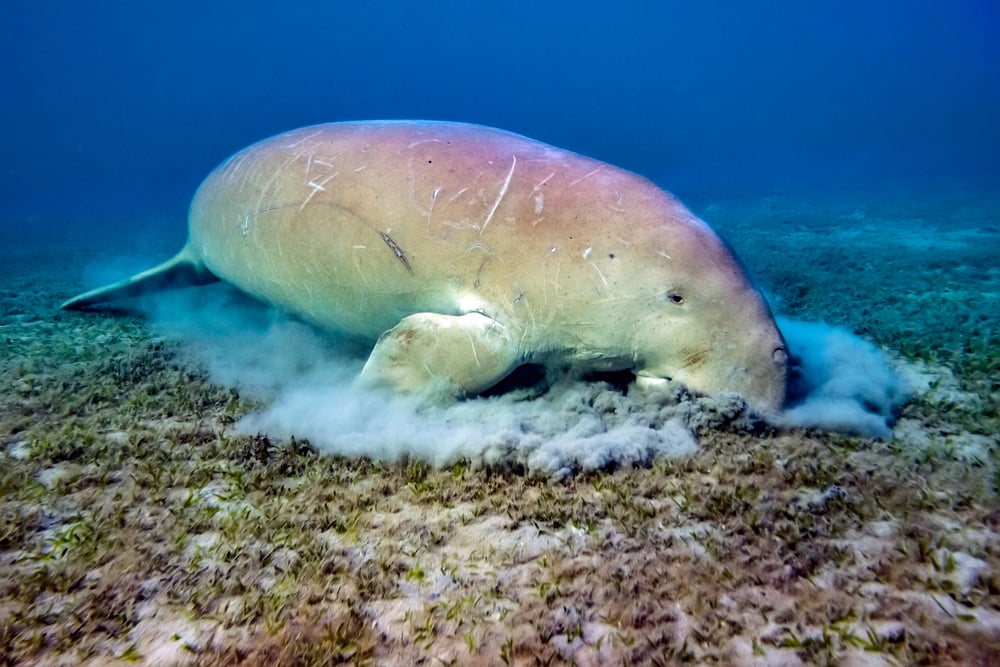 Since dugongs are herbivores, their diet consists exclusively of seagrass. They are often referred to as “sea cows” because of their grazing habit below the waves. Dugongs live in very shallow, temperate water where seagrass flourishes, and they need to eat plenty of it to stay healthy.

These animals tend to graze 24 hours a day, ferreting out seagrass with their snouts. Although their food source is below the waves, dugongs can’t be underwater for extended periods. Like other mammals such as whales, dugongs need to breathe air. They can only remain below the surface for up to six minutes at a time, which is most likely why they prefer shallower areas.

These animals live predominantly in the Pacific and Indian oceans near the equator. They prefer tropical coastal regions. Although dugongs live mostly in Australia, these gentle giants also live near Madagascar, India, and Thailand. They live in the ocean but sometimes might find themselves moving up into the land, especially in areas where there is brackish water, a mixture of salt and freshwater.

Since they live close to the shore, dugongs can run into trouble with larger boats and other shore activities. Although they seem cute and friendly, they are still wild animals and should be left alone in their habitat. If you find an injured dugong, you should always report it to the authorities. 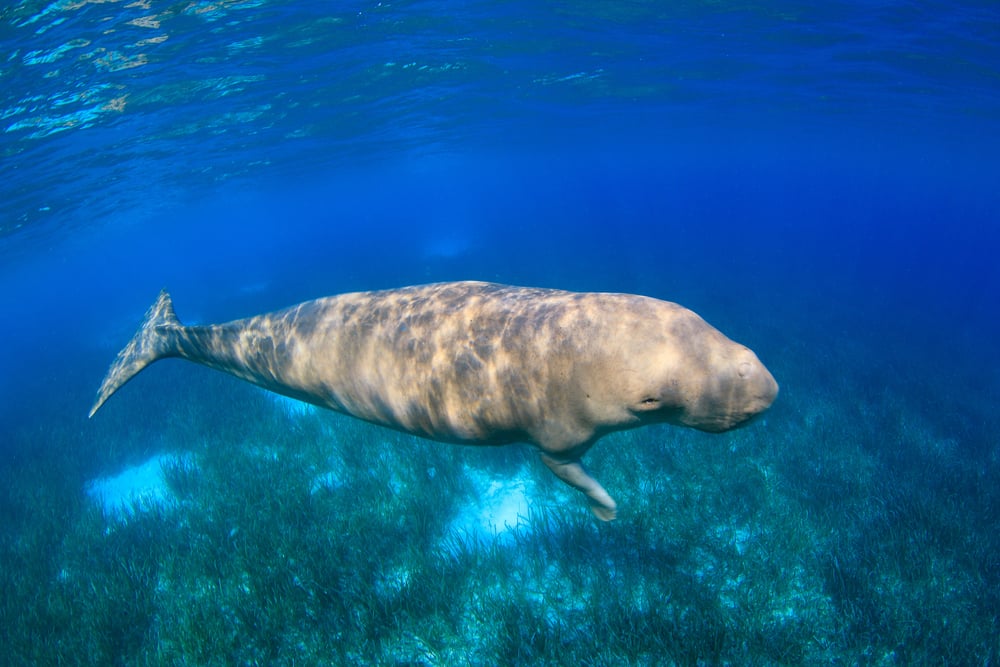 Dugongs might just be responsible for mermaid lore. Dugongs tend to travel in packs, and you can sometimes see them sunning themselves right above the waves. It’s possible and even likely that the earliest sailors mistook these shallow-water creatures for mermaids or sirens.

Christopher Columbus famously mistook dugong’s relatives, manatees, for mermaids when he first came across them in North America, so there’s certainly precedent.

Dugongs are mammals and share a common ancestry with other notable animal kingdom members, like elephants. The two creatures likely split paths 50 million years ago, say scientists, with elephants heading for the land and dugongs making their way towards the sea.

Like elephants, dugongs are very social and have a well-developed sense of community, as well as a common language. Dugongs tend to talk to one another by chirping and whistling. Although they have poor eyesight, these creatures have a powerful sense of smell and can work with other dugongs to locate food sources and communicate danger.

Dugongs are smart, social mammals that live near our shores. They are the last remaining ambassadors from the Dugongidae family and one of the most cherished and protected creatures in our tropical seas.