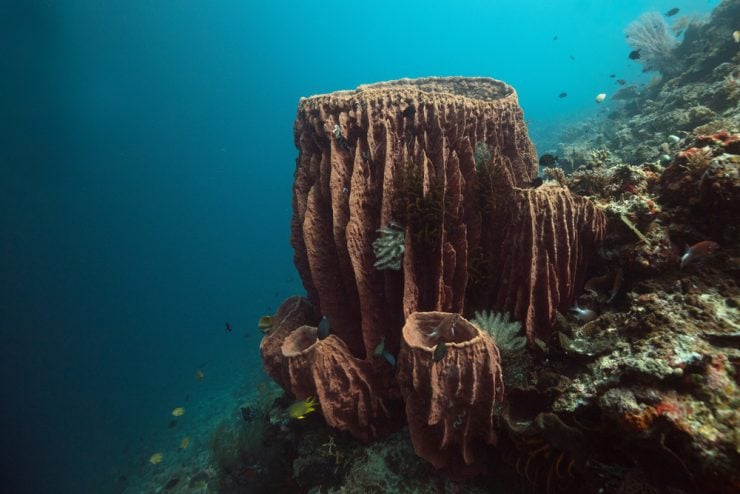 The Giant Barrel Sponge, known scientifically as Xestospongia muta, is a marine species found in the Atlantic Ocean’s tropical areas. It is one of the most commonly found sponges on the Coral reefs in the Caribbean region. It is also referred to as the “Redwood of the Sea” because of its large size and long life span.

Giant Barrel Sponges play a vital ecological role. It helps improve water clarity, supports reef regeneration, and provides a habitat for other invertebrates, benthic fish, and bacteria. It plays a vital role in the food chain and also recycles nutrients for all the reef organisms.

The growth rate of Giant Barrel Sponges can range between 2% to 400% per year. Generally, lower growth rates are seen in the winters since it utilizes the energy to produce sperms and eggs for spawning in the spring. 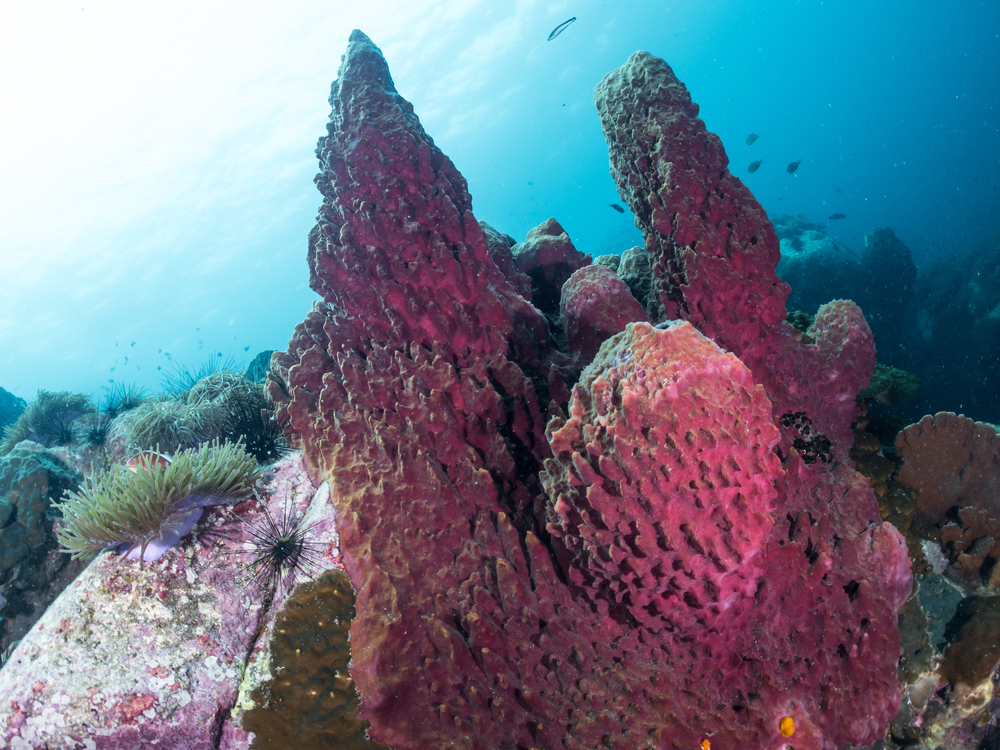 The Giant Barrel Sponge is a sessile organism, which means it is fixed in one place. In some areas, the sponge can account for about 9% of the total reef substrate.

Due to the presence of Cyanobacteria symbionts, its color ranges from salmon pink to purple. The most common colors are brown, reddish-brown, grey, and purple. It tends to be darker in color in the shallow waters and lighter at greater depths. Giant Barrel sponges also undergo periodic bleaching but recover their original color over time. 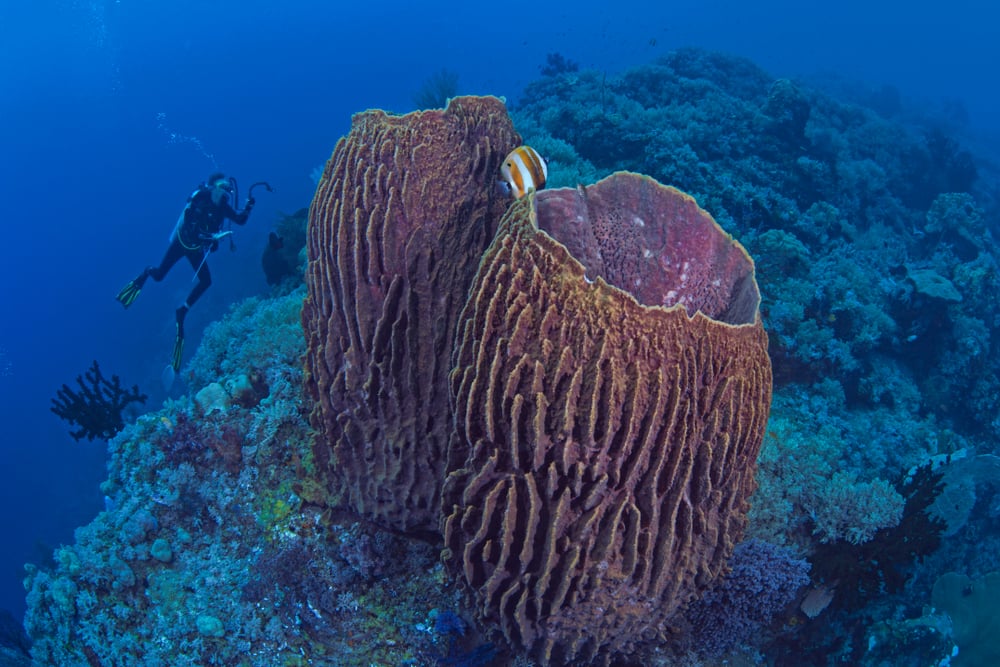 The Giant Barrel Sponge generally has a very long lifespan. It can vary from a few hundred to a few thousand years. As per studies using the Tanaka Indeterminate Growth Model, Giant Barrel Sponges can live for more than 2000 years.

The largest known and photographed Giant Barrel Sponge was found along the Curacao coast and said to be almost 2300 years old.

Giant Barrel Sponges are believed to be dioecious and reproduces sexually, unlike many other sponges. Reproduction occurs through spawning, whereby localized male sponges release sperms, and female sponges release eggs into the water column simultaneously in the time frame of approximately one hour. 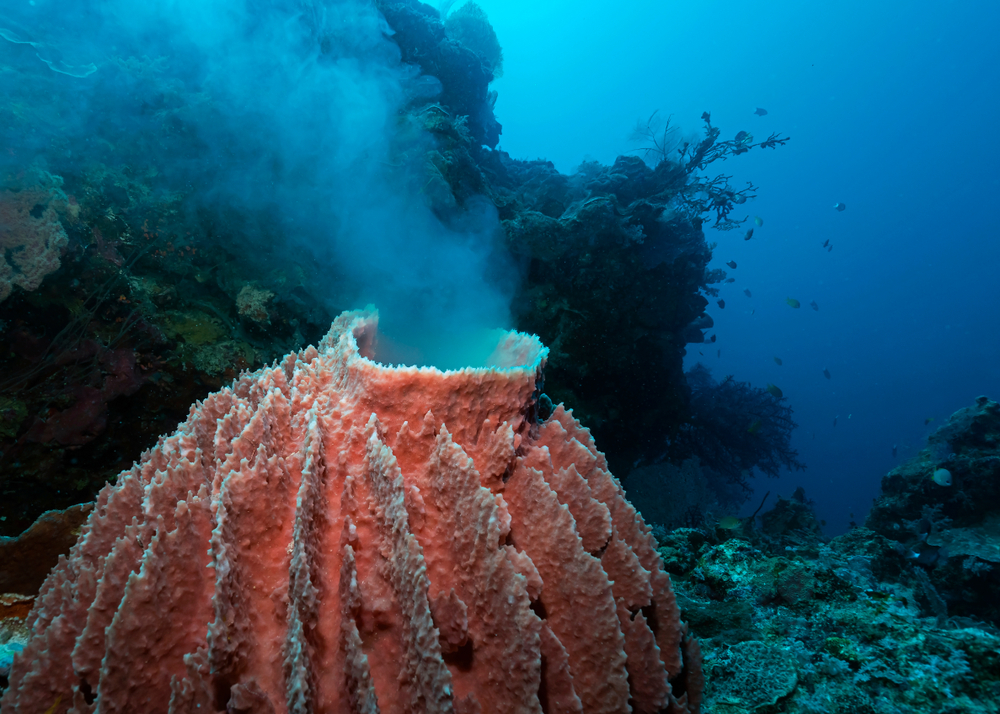 This process takes place at least twice a year, commonly around spring and summer. Fertilization takes place in the water itself, and the larvae are carried away by the water currents.

There is very little information on larval development. Their growth is highly variable and depends on factors such as competition, nutrition, predation, wave surge, and disease.

Where does the Giant Barrel Sponge live?

It is commonly found in the coral reefs off the coast of Florida, Florida Keys, in the Gulf of Florida, throughout the Caribbean sea, the Bahamas, Bermuda, and the Gulf of Mexico. It can also be found as far south as Venezuela. In some areas, such as the coral reef around Florida, the Giant Barrel Sponge can have a density of approximately 0.2 sponges/m².

They are benthic organisms and are usually found at depths between 10-30 meters.

What do Giant Barrel Sponges eat?

The Giant Barrel Sponge is a filter feeder, which means that it feeds on particles collected by pumping water through its body. There are several choanocytes or flagellated cells that line the internal cavity of the sponge. These cells filter the incoming food particles, particularly microscopic bacteria. These particles are transported to a gelatinous matrix within the sponge and are processed to produce energy.

The Giant Barrel Sponge is a level above the cyanobacteria it consumes in the food chain, making them primary producers and the sponge a primary consumer. 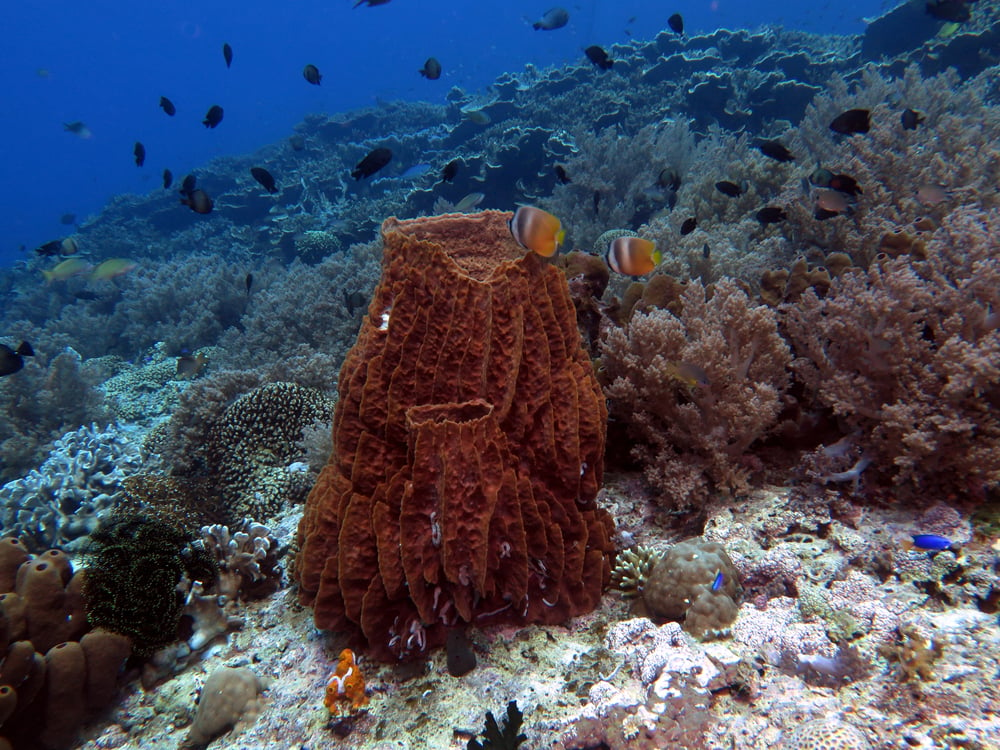 Humans do not pose a threat to Giant Barrel Sponges directly. Given that there is no economic benefit that could be derived from the species, there are no known cases of humans harvesting these sponges for utilization.

In some cases, human activities can cause the barrel sponge to be unattached from their substrate, making it difficult for them to survive. Reattachment is possible but generally happens at greater depths since there is no water disturbance due to storms or other movements.

Research suggests that the Giant Barrel Sponge is not immune to the impact of climate change and global warming. It is believed that an increase in the temperature of the Ocean Water can have a serious impact on the reproductive capability of the sponge and can also affect its feeding behavior by increasing or decreasing the filtration rates. The impact of these factors varies across the population.

Some studies indicate that higher temperatures may lead to increased bleaching amongst the giant barrel sponge, impacting their mortality rates.

The Giant Barrel Sponge faces predatory threats from fishes, turtles, nudibranchs, and echinoids such as the sea urchin. Sponges that have undergone bleaching are particularly vulnerable to damage by parrotfish.

These sponges defend themselves from these predators by chemical defense, i.e., producing toxic or repellant metabolites. 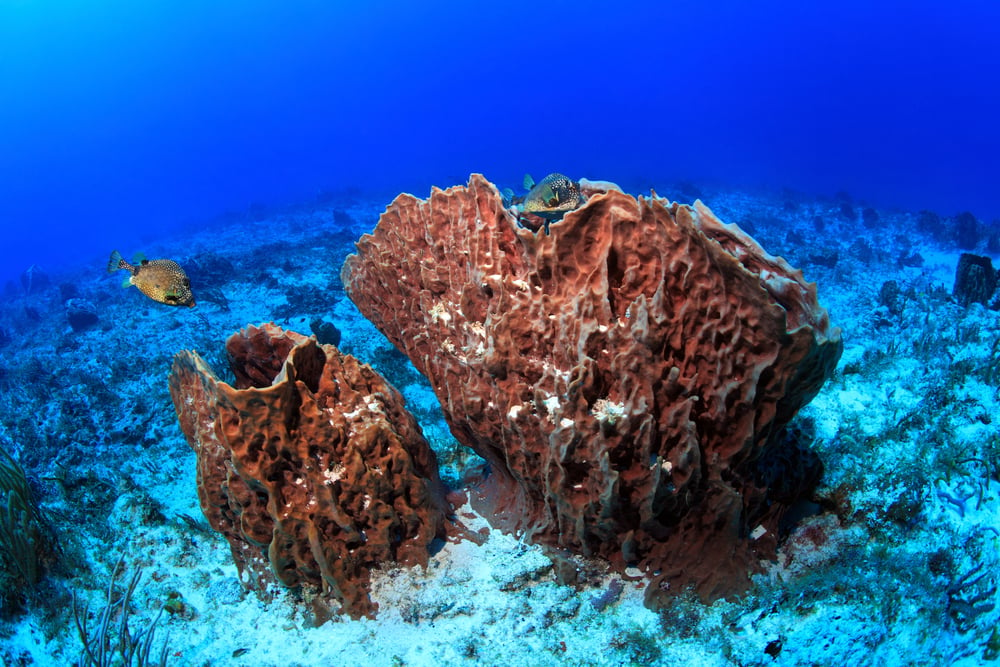 A condition called the “Sponge Orange Band” is a lethal disease, resulting in the infected sponge’s death. It begins by forming bruises and lacerations on the sponge, which spread in the shape of an orange-colored band. In a matter of weeks, this can cause the sponge to become completely bleached.

While the cause of the Sponge Orange Band remains unknown, it is believed that changing weather and climatic conditions may have an important role to play in it.

The International Union of Conservation of Nature (IUCN) has not evaluated the Giant Barrel Sponge for an entry on the IUCN Red List, a repository of the global conservation status of biological species. There is also no record of this sponge on the United Nations Environment Program’s World Monitoring Centre.

There is no evidence of this sponge posing any threat to Humans or being of any economic benefit. Hence, there are no known cases of this sponge being harvested by humans for use apart from research purposes. 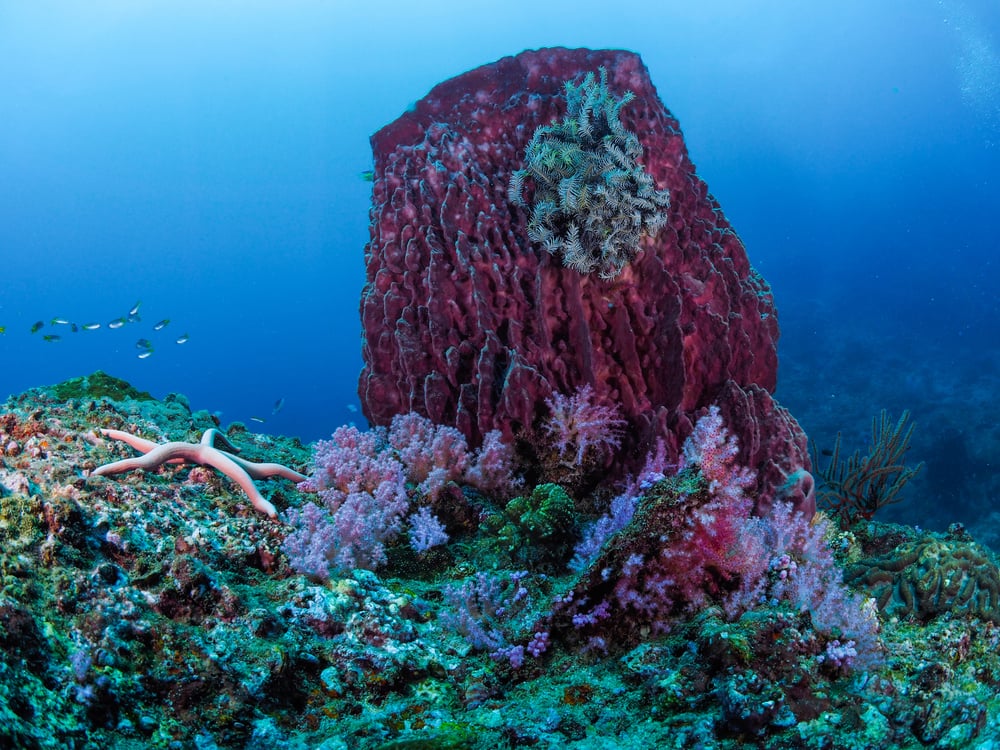