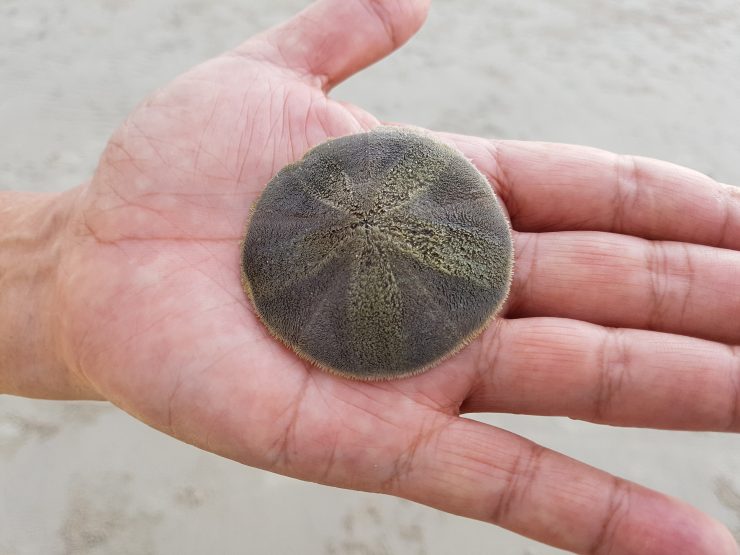 You’ve undoubtedly seen the exoskeleton of a sand dollar on display in a souvenir shop or hiding in the sand at a beach. You may have even noticed the five-pointed shape on the back of the sand dollar that resembles flower petals (called the petaloid ambulacra).

A living sand dollar hides that unique pattern. On a living specimen, you’ll find a dense layer of tiny, grey-purple spines that move like something out of an alien sci-fi movie.

The first time I mistook a live sand dollar for a dead one, seeing all those hundreds of tendrils moving in unison made me squeal like a toddler. Strange as they may be, the hair-like cilia on those spines allow the sand dollar to burrow into sediment and crawl flat along the seafloor.

A sand dollar rarely grows over 3.5 inches (9 cm) across and typically lives for six to 10 years. However, its natural predators are few.

Diet of the Sand Dollar

According to the Monterey Bay Aquarium, sand dollars (dendraster excentricus) survive on a diet of crustacean larvae, tiny copepods like plankton, diatoms, algae, kelp, and detritus (dead particulate organic material). Sand dollars are omnivorous and occasionally eat larvae of their species. It takes on average 48 hours for them to digest their food. Thankfully, human fingers are not on the menu.

The spines of a sand dollar move food and prey toward its mouth center. A sand dollar’s mouth has a jaw with five rows of what resemble teeth (sometimes referred to as Aristotle’s lantern). It sometimes chews its food for up to 15 minutes before swallowing. Young sand dollars ingest sediment to weigh themselves down in strong currents. 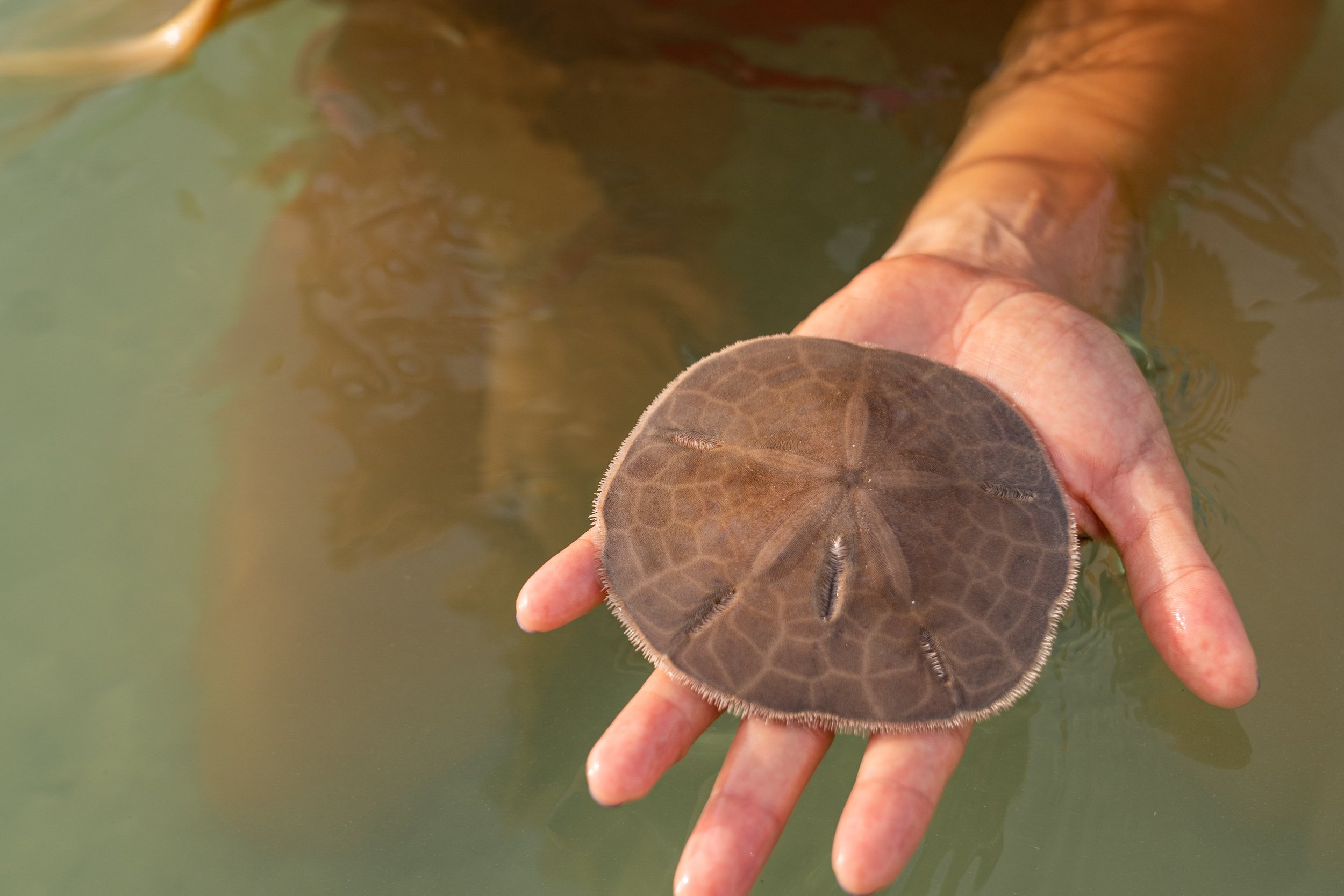 Sand dollars also capture plankton and other small creatures with spines and pincers (pedicellariae) on the surface of their bodies. At least one sand dollar species flips onto its side to more easily capture particulate matter and small critters floating by. Researchers consider vertically-standing sand dollars to be suspension feeders.

Sand dollars in captivity eat throughout the day and do not need to be hand-fed since they will naturally feed themselves from fish waste, tiny invertebrates, plankton, and the algae growing in a saltwater fish tank. It’s best to place a sand dollar in a tank that’s had time to establish and build up debris. The reason being that a fresh tank may not contain enough particulate matter for the species to thrive.

Habitat of the Sand Dollar

The sand dollar is a common species of burrowing sea urchin primarily living in groups on the sandy sea floors throughout the world’s oceans. With an average offspring count of 367,500, this species will not enter the endangered list soon. Scientists have found sand dollars as deep as 131 feet (40 m). Other sources record a depth of 295 feet (90 m). Most varieties live from Alaska to Northern Baja California. Adult sand dollars typically live in the intertidal zone.

The sand dollar is one of the most interesting sea creatures, their ability to adapt to new environments and filter their food at a microscopic level is a marvel of nature.