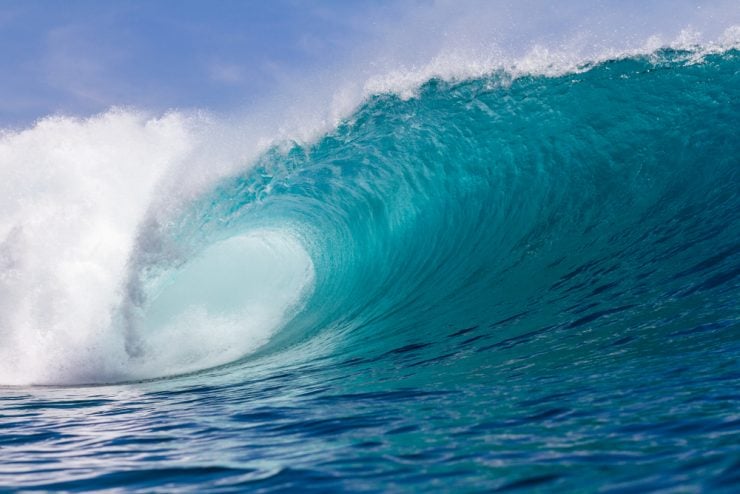 Tidal Waves: Everything You Need to Know

Learning about the ocean can be fascinating. There are many mysterious and unknown creatures in the depths that haven’t been discovered yet — in fact, about 80% of the sea is still unexplored!

Unlike the mystery of living sea creatures, however, there is a whole school of information available to us when it comes to wave cycles and how they work. Tides are more complex than you might think, and they fall into several different oceanographic categories.

Monitoring tides is helpful when understanding or predicting climate change. In addition to this, tides and tide schedules also give beachgoers information about the best times to swim and alert fishermen about what to expect of the open seas.

What is a Tidal Wave?

A tidal wave is an unusually high wave triggered by events such as an earthquake or high surface winds. To understand a tidal wave, we first need to understand how tides themselves work.

For a long time, tides were monitored by mechanical systems. These systems were located in the water and collected data based on water pressure and movement over time. Today, electronic systems (powered by satellites) use acoustics to monitor the tides.

During low tide, the water does not reach the shore as it would during a mid-tide. The opposite is true for high tide. During high tide, the water is much closer to the edge of the coast than normal.

Tides are primarily related to the times of day when both the moon and sun are visible in the sky as the placement of the moon or sun can affect the tides. Timetables can be used to record what the tides are doing at a specific place at a particular time and can also be used to predict future tide patterns.

Tidal waves are much larger and much more powerful than average oceanic waves.

How Do Tidal Waves Form?

Tidal waves, in their most basic form, are waves that follow a tide and are moved by the wind. However, when talking about the more dangerous and more significant tidal waves, we find that they are usually formed as the result of an earthquake or extremely high speed winds.

Tidal waves are understandably very dangerous. When high winds and the seismic force of an earthquake combine, they can create a powerful disturbance on the surface of the ocean that can have devastating effects. The higher the wind speed and the stronger the earthquake, the more dangerous the tidal wave becomes.

A wave officially becomes a “tidal wave” when it gathers enough water and momentum to crash into the coastline.

What Can Cause Tidal Waves?

Volcanic eruptions and atmospheric debris hitting the earth are among the reasons tidal waves form. When this happens, water in the ocean is displaced vertically, equating to around 3,000 tons of water per meter. If an earthquake or volcanic eruption displaces enough water, the situation can quickly become quite dire.

Islands or other landmasses bordering water are all susceptible to damage by tidal waves. Fortunately, most coastal cities tend to modify their infrastructure to protect against extreme damage during the unlikely event of a tidal wave or tsunami. However, it’s not unheard of for this kind of natural disaster can occur in places without historical precedent.

Certain countries experience tidal waves more often than others and by extension have spent quite a long time updating and wave-proofing their infrastructure in order to prevent tidal waves from doing irreversible damage. Some even have alarm systems set far out in the ocean that will detect tidal waves before they ever break the shore, ensuring that the cities and countries offer citizens ample time to evacuate if needed.

A tidal surge happens when a wave crashes into the shore and a funneling motion forms. It can also happen if a wave crashes into a river or any basin of water, like the movement of water sloshing back and forth in a bathtub. The momentum of the water crashing into another body of water creates a tidal wave.

A tsunami is not a tidal wave. They are caused solely by seismic activity and are bodies of water that have been displaced by tectonic plate movement. However, these phenomena — tsunamis and tidal waves — are often conflated due to apparent similarities. They’re both incredibly large bodies of water moving at extremely high speeds.

More often than not, tsunamis will break coastal boundaries and are extremely dangerous. If a city’s infrastructure cannot withstand the strength of tsunami winds or water, significant damage is almost certain.

Learning more information about tides allows us to understand the effects they can have on the environment. Having this knowledge also helps individuals stay safe while swimming in the ocean because they can evaluate for themselves the state of the tides and their potential consequences. Of course, we should always pay attention to signs on the beach and any additional public safety advisories; tides are powerful and should always be taken seriously.