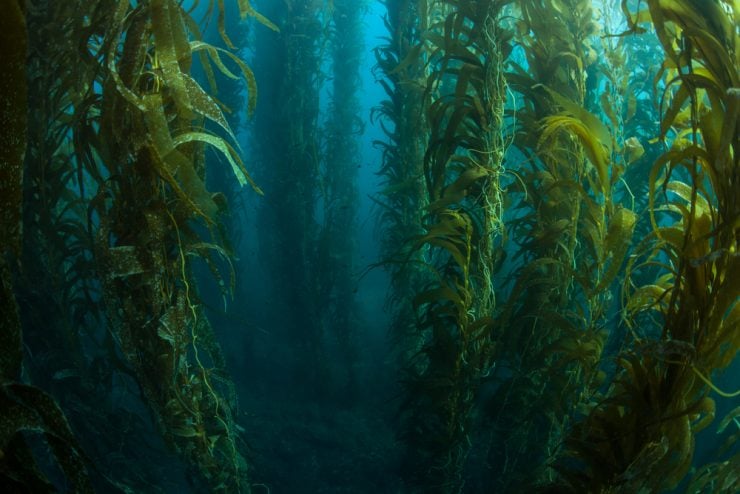 What is a Kelp Forest?

Kelp forests are an integral part of marine ecosystems and the survival of marine life. Though they may not seem important, kelp forests serve many purposes and are essential to the vitality of many species.

So what is a kelp forest? And why is kelp so important? Keep reading to find out!

What is a Kelp Forest? 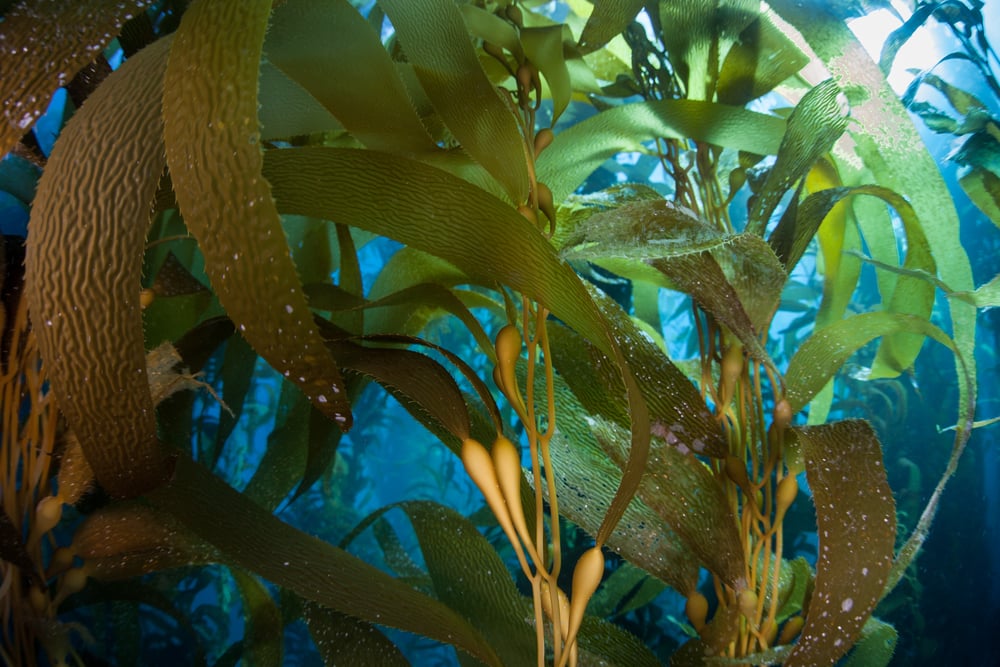 So, what is kelp exactly? Kelp is a form of marine alga seaweed that looks kind of like a stalk. Though kelp is not classified as a plant, it is still a living species.

Kelp is made of three main parts, the holdfast, the stipe, and fronds. The holdfast is a structure similar to roots that helps the kelp stay anchored in the sea floor.

On the other hand, the stipe is a stalk-like structure that supports the fronds, or the leaf-like appendages of the kelp.

Additionally, if you’ve ever seen kelp wash up on the shore, you may have noticed small bulbs scattered along the algae.

These are pneumatocysts. Believe it or not, they’re gas-filled and help the kelp float or stand upright in the water.

Kelp also has the ability to grow incredibly fast. More specifically, this alga can grow up to eighteen inches per day! This is because it relies solely on photosynthesis to thrive.

As a result, it is actually quite easy for kelp forests to form in new areas.

Due to their need for certain nutrients and sunlight, kelp forests are typically found in cold waters, close to the surface.

More specifically, kelp forests are found most commonly along the Pacific coast.

What do Kelp Forests do? 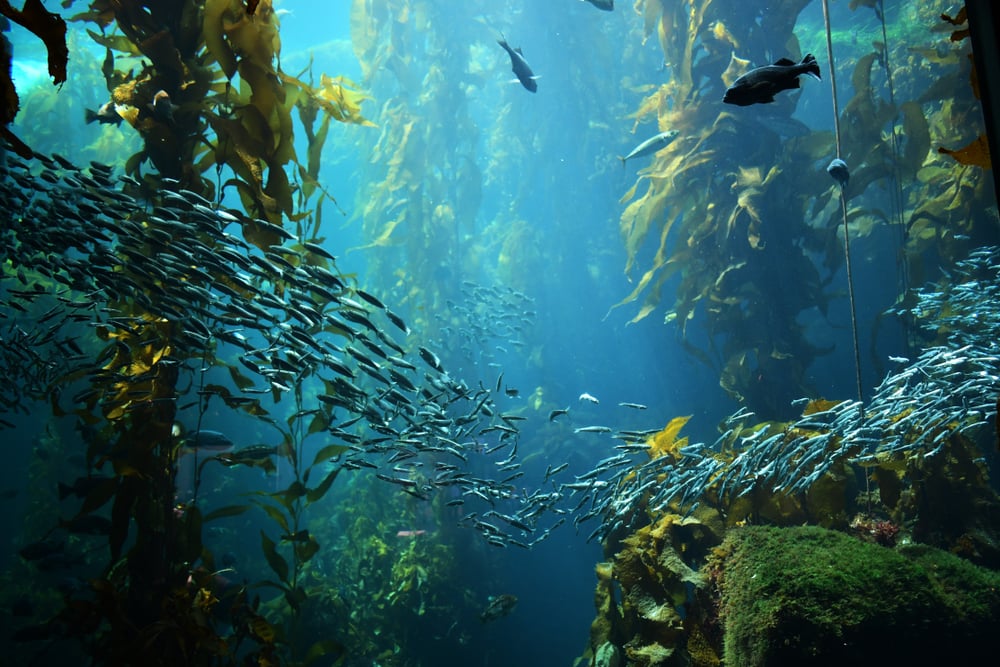 Now that we’ve explored what kelp forests actually are, let’s talk about what they do.

Most importantly, kelp forests provide safety and habitat for thousands of marine species. Due to the fact that kelp forests are extremely dense, they are a great form of protection for many animals.

Additionally, kelp is an important food source for many sea creatures as well.

Though these sea creatures are the main species that live in kelp forests full-time, many animals seek kelp forests for shelter in times of bad weather or threats from other animals.

Marine species that have been found in kelp forests from time to time include sea lions, grey whales, and sea otters. Marine birds are also found near kelp forests as they feed on species within the habitat.

But what actually eats the kelp? Some fish and many invertebrates that live in kelp forests feed off the kelp itself.

Why are Kelp Forests Important? 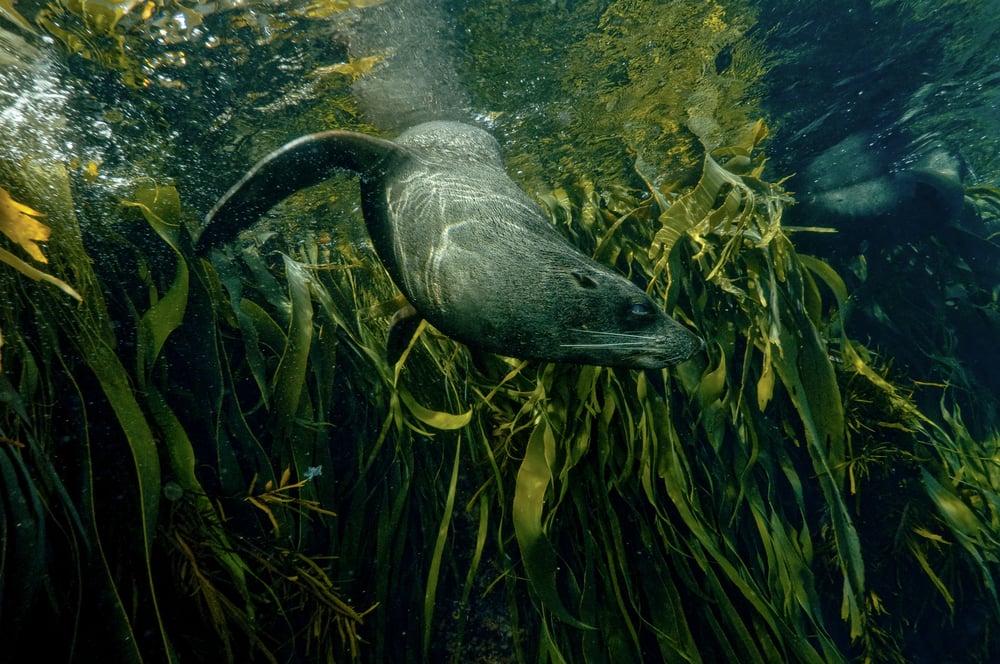 Despite the many purposes kelp forests serve for marine life, they are also beneficial to humans.

Due to their dense nature, kelp forests help to reduce coastal erosion and damage. Specifically, kelp forests can help to be a buffer during intense storms.

Additionally, kelp is used for the production of many products such as cosmetics and food products. In the past, it was even used to make gunpowder!

Much like all other species, kelp forests face numerous threats. Some of these threats are a result of natural factors, while others are due to human activity.

Because kelp forests are sensitive to concentrations of certain nutrients, they typically need to be in cold waters, as mentioned above.

Another issue kelp forests face is strong storms. Though kelp is anchored in the sea floor, violent storms may detach the kelp from the floor, leaving it to float away.

Moving on, risks posed by human activity are also a problem. Overfishing, pollution, and unsustainable practices are the most prevalent issues.

Believe it or not, overfishing can actually lead to a decrease in kelp forests. This is because if too many fish or animals of another species are removed, the species they prey on are left to grow out of control.

In many cases, this species is one that eats the kelp itself. In other words, as there are more animals of these species, kelp is consumed at a much faster rate than it grows, leaving kelp forests bare.

Pollution is another big threat to kelp forests. As dangerous materials and chemicals leach into ocean waters, kelp and other marine species may die.

This may be caused by problems such as littering, stormwater runoff, oil spills, and more.

Lastly, unsustainable practices are dangerous to the well-being of kelp forests.

As mentioned above, climate change can lead to temperatures unfit for kelp. Unsustainable practices such as the release of greenhouse gases only help to perpetuate climate change.

What Happens When Kelp Forests Disappear?

So, with all of these dangers in mind, you may be wondering, what will happen if kelp forests disappear?

Well, simply put, without kelp forests many species would be left without a habitat and shelter. This could lead to extremely low populations of many species of fish, invertebrates, birds, and even large mammals.

If these marine animals were to go extinct, their entire food chain would be unbalanced. This could lead to the loss of other species and the overgrowth of some animal populations.

Additionally, without kelp forests, many products we use and consume on a daily basis would probably stop being produced in a short amount of time.

Lastly, without kelp forests our coastlines would be much more vulnerable to erosion and dangerous storms, which could put surrounding communities at risk.

In order to preserve the lives of many animals and even ourselves, be sure to spread awareness of the importance of kelp forests and the threats they face!

What’s the Difference Between a Seal & Sea Lion?

Why is the Ocean Salty?

7 Types of Sea Turtles: The Gentle Reptiles of the Oceans

How Much Oxygen Comes from the Ocean?