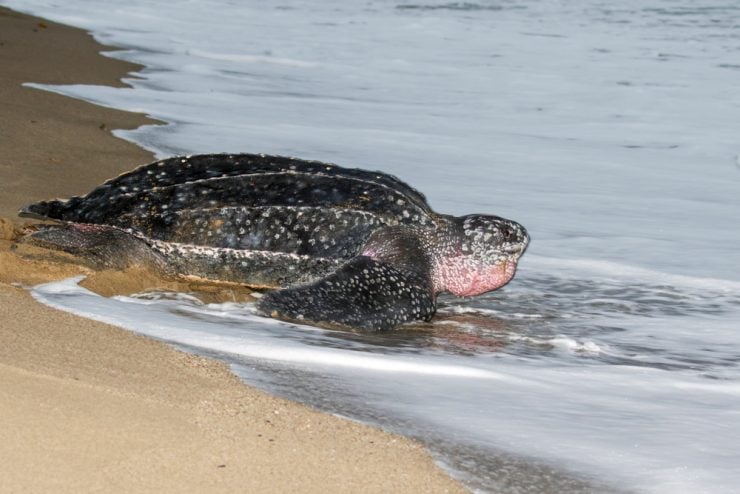 The leatherback turtle is the largest species of sea turtle in the world.

Measuring in at anywhere between four and six feet, as well as weighing up to 1,100 pounds, the leatherback turtle certainly doesn’t have many natural predators.

Despite their immense size, have they been able to avoid endangered status?

Keep on reading to find out.

Leatherback turtles are an endangered species.

All species of the leatherback turtle have been designated as such under the United States’ Endangered Species Act.

In fact, so dire is the status of the leatherback turtle worldwide that their overall population has witnessed a dramatic 40% decline over the last three generations.

Out of all global leatherback turtle populations, the Pacific one is most at-risk of extinction. Specifically telling among this decline is the fact that the largest Pacific population of leatherback turtles in Papua Burat, Indonesia, has decreased nearly 78% in recent years.

The Papua Burat population accounts for 75% of the global population of leatherbacks in that region.

Across the rest of the world, leatherback turtles also appear to be declining, an ominous sign for the species’ future survival. 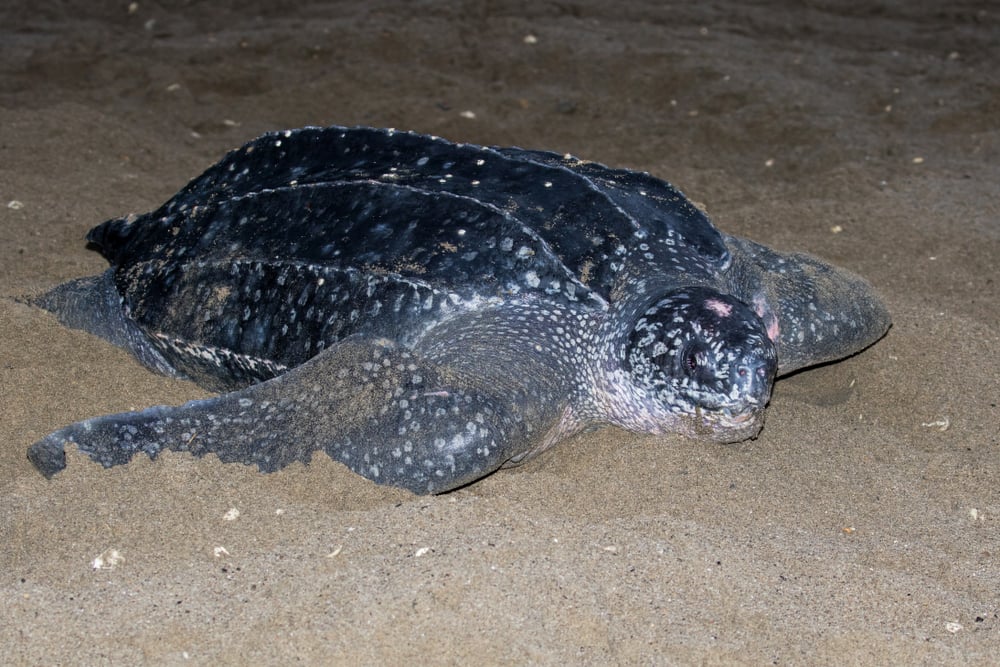 Why are Leatherback Turtle Populations Declining?

One reason for the decline in leatherback turtle populations is where they nest. These turtles lay their eggs on beaches and these areas have been receding over the years as well, amounting to something of a habitat destruction.

Another reason is due to excess fishing. While these turtles are large in stature, they can still get caught in fishing nets. Many of the estimated 11,000 sea turtles caught annually are of the leatherback breed.

Leatherback eggs are also prized commodities in the food culture of many Asian countries, specifically in Malaysia where they’re utilized as a food source. A decline in hatchlings means less new leatherback turtles.

Finally, the obvious issue of ocean pollution. Because leatherback turtles are voracious eaters, they consume over twice their body weight, and that oftentimes includes the consumption of plastic debris that can look like jellyfish to them.

How Many Leatherback Turtles Are Left?

An estimated 34,000 to 94,000 female, adult leatherback turtles remain in the North Atlantic, with even less in the Pacific region.

Considering the population used to be over 115,000, this represents a sharp decline for the leatherback species, once one of the most populous turtle breeds in the world.

Overall, the population estimates are too broad to know a precise figure, but what isn’t in doubt is that this is a species in need of effective conservation efforts. 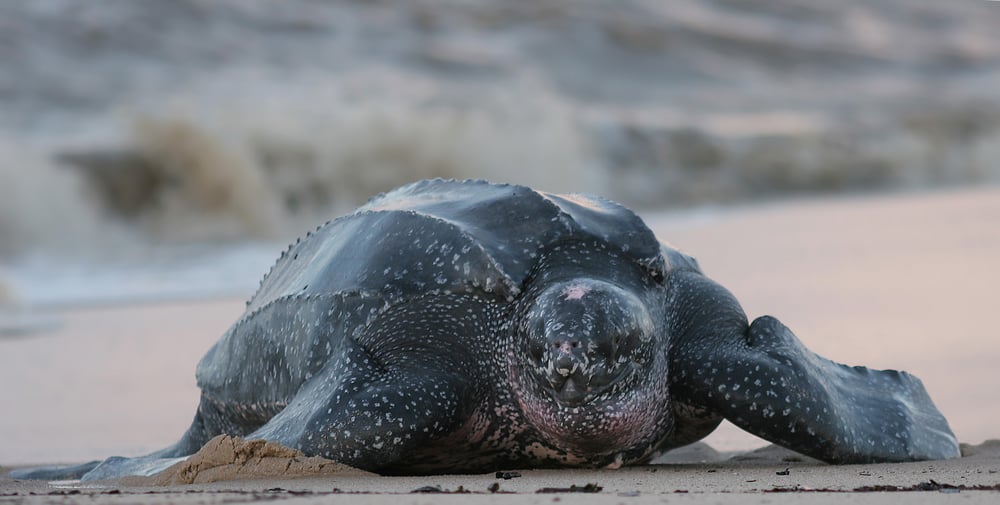 The leatherback turtle is, unfortunately, a species in decline, which explains why they’ve been listed as endangered on an international level.

It’s somewhat ironic that they’re endangered given they don’t have many predators and their sheer size, but human exploitation has been known to affect nearly every animal population in the world, even the ones that would seem like they’re less in danger.

Luckily, conservation efforts have ramped up in an attempt to save the remaining leatherback populations in hopes of one day reviving population growth again.