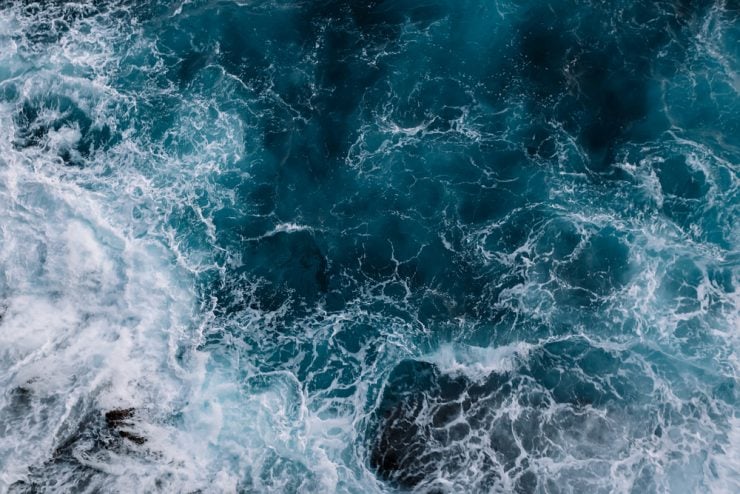 If you’ve read any of the posts in our ocean conservation blog, you may know there are many serious threats our oceans and marine life currently face.

So, how can you get involved in ocean conservation? And where can you donate? Keep reading to learn about the best ocean charities to donate to.

These Are the Best Ocean Clean-up Charities

When looking for a charity to donate it can be difficult to narrow down your options. Luckily, we’ve done that for you by selecting the 15 best ocean charities.

Let’s read a bit about each one.

Environmental Defense Fund (EDF) is an environmental conservancy group that focuses on a plethora of issues. EDF was founded in 1967 and began as a group of scientists and a lawyer.

The group is nonprofit and works in many areas of environmental concern such as health, ecosystems, climate, and energy.

However, EDF also does a lot of work for ocean conservation concerns. Specifically, the group advocates for sustainable fisheries.

On top of sustainable fishing practices, other work EDF does for ocean conservation includes habitat preservation and slowing climate change and pollution.

Oceana is an advocacy group founded in 2001 and focuses solely on ocean-related issues. More specifically, the group focuses on the diversity, abundance, and health of our oceans.

Oceana is also an international group, meaning their work is for oceans around the world.

The group has completed a wide variety of projects to help address the threats our oceans face today.

For instance, Oceana has helped to limit ocean pollution through the use of oil and litter, advocated for sustainable fishing practices, and worked to protect vulnerable species and parts of the ocean.

Further, the group has also done work to protect marine life from fishing gear and other dangerous materials.

Surfrider Foundation is an activist network that works to protect our oceans, coastlines, and beaches.

The group is comprised of science and environment experts as well as legal experts. Due to the variety of experts on the team, the group is able to tackle issues and concerns from many angles.

Specific concerns Surfrider Foundation focuses on include plastic pollution, threats to the health of the oceans, beach access, coastal preservation, and clean water.

Another issue the group works to eliminate is the impending threat of climate change.

In addition to donating to this group, you can actually be a part of it by volunteering locally. Volunteering could include projects like beach cleanups, water testing, and more.

On top of this, the group provides educational information on sustainable choices including a guide to ocean-friendly restaurants.

4. Parley for the Oceans

A post shared by Parley for the Oceans (@parley.tv)

Parley for the Oceans is an environmental conservation group founded in 2012.

This group is unique in that it enlists help from people of all backgrounds. Specifically, creators such as artists, scientists, writers, environmentalists, musicians, and more are a part of this group.

The diverse range of members helps to showcase the beauty of the oceans as well as how fragile they actually are.

Parley for the Oceans is geared primarily towards limiting plastic pollution as well as rethinking the way it is used.

Precisely, the group uses the A.I.R. strategy to tackle plastic pollution. A, avoid plastic as much as possible, I, intercept plastic that may end up in the environment, and R, redesign plastic and the ways we rely on it.

Ocean Defenders Alliance is a nonprofit, founded in 2000, primarily focused on the issue of marine debris.

They are funded by donations and work to clean the water and coastlines through the help of volunteers.

As a whole, the group focuses on removing man-made debris that poses a threat to many forms of marine life. This includes fishing gear, trash, and even sunken boats and other vehicles.

On top of removing pollution manually, Ocean Defenders Alliance also uses education tactics to help reduce the occurrence of other forms of pollution such as oil spills, sewage, and stormwater runoff.

Global Ghost Gear Initiative (GGGI) is a global alliance of groups, corporations, and governments focused on the issue of abandoned fishing gear found in the oceans.

As the name suggests, ghost gear refers to left behind fishing gear. According to the group, this is the most dangerous form of marine debris.

The three main goals of the group are to protect marine environments, keep marine life healthy, and protect human health as well.

Through gathering evidence, creating policies, and creating solutions, GGGI hopes to greatly reduce the amount of ghost gear in the oceans and save lives in turn.

Project AWARE is a nonprofit organization, founded 28 years ago, focused on ocean conservation and threats our oceans face.

Specifically, the group looks to protect marine species at risk and decrease the amount of pollution in our oceans. Project AWARE works with many partners that share their values including governments and businesses.

The organization offers volunteer opportunities but also encourages individuals to share their own ocean conservation stories.

Additionally, the group provides many resources including courses, educational information, and toolkits.

Project AWARE also emphasizes the importance of community and policy. In other words, they work to get communities to interact with local policies to really make a change for the better.

Greenpeace is a nonprofit organization focused on global environmental problems. The group strives to enact or amend laws and policies surrounding the environment.

Though the group is geared toward all environmental issues, it also gives special attention to our oceans and the threats they face.

Greenpeace is most concerned with the issues of climate change, plastic pollution, and overfishing when it comes to the health of our oceans.

They are currently collecting signatures and members for their ocean campaign. The goal is to encourage governments to join a Global Ocean Treaty with the UN.

The 5 Gyres Institute, a group founded in 2009, was originally formed by now husband and wife, Anna Cummins and Marcus Eriksen.

5 Gyres is one of the top groups in the fight against plastic pollution. Through 19 different expeditions, the group has been able to conduct their own research on plastic waste.

In addition to research, 5 Gyres works to keep stakeholders, the community, and individuals educated and informed when it comes to the issue of plastic pollution.

Most importantly, 5 Gyres has done research on microplastics in the ocean.

Their work and the work of other nonprofits led to the passage of the Microbead-Free Waters Act, which banned the production and use of microbeads, a huge contributor to microplastics in our oceans.

The Bahamas Plastic Movement is a nonprofit organization founded by Kristal Ambrose in 2014. This group focuses on the issue of plastic pollution in the oceans as well.

However, what makes this organization unique, is that it enlists the help of the local youth. Additionally, as the name suggests, the group is located in the Bahamas.

The Bahamas Plastic Movement is focused on education, research, and policy change to make a difference in plastic pollution.

The group provides many opportunities for citizens, especially kids, to get involved in the science aspect of plastic pollution and make a difference.

The Coral Reef Alliance (CORAL) is a nonprofit organization focused on preserving the coral reefs of the world. They work one-on-one with communities to prevent threats to coral reefs.

CORAL began researching the threats to corals about 25 years ago. Specifically, the group looked into how to protect corals during climate change.

Through this research, created Adaptive Reefscapes, an approach that helps corals adapt to climate change and survive.

The group provides an immense amount of educational material surrounding coral reefs on their website and offers suggestions for how to make a difference in this issue including volunteering opportunities.

The group was founded in 1966 and values educating citizens on sustainable reef practices in order to promote these practices in communities.

In order to take on this task, Reef Check focuses on three areas.

First and foremost, the group trains and organizes teams of volunteer divers to collect information about the health of local reefs.

Lastly, they work to develop sustainable solutions and practices for coral reef protection and restoration.

Ocean Conservancy is a nonprofit environmental advocacy group founded in 1972. The group focuses on the importance of healthy and diverse ecosystems in our oceans.

This organization works to prohibit dangerous practices that threaten the lives of marine animals and even humans.

Ocean Conservancy has worked to decrease and end whaling, protect vulnerable habitats within the ocean, and create sustainable fisheries.

A post shared by Sea of Change Foundation (@seaofchangefoundation)

Sea of Change is a group geared toward funding research and conservation projects for our oceans. The group works with other charities and communities to support these projects.

Areas of concern Sea of Change helps to address include ocean pollution, coral reef threats, and threats to species and habitats.

The foundation also works to develop solutions to these issues and even helps fund academic scholarships related to ocean conservation.

Sea of Change prioritizes funding and outreach to not only inform individuals but also to make a difference in the overall protection of the oceans.

SeaTrees is a project founded by Sustainable Surf, a nonprofit focused on improving and preserving ocean health.

SeaTrees itself is a project dedicated to reducing climate change in a unique manner. Specifically, the project aims to plant one million seatrees.

What are seatrees? Well, seatrees are mangroves or kelp and are extremely effective in removing carbon dioxide from the atmosphere.

In other words, this project alone could greatly slow the rate of climate change we are experiencing today.

In the end, it is clear there are multiple donation-worthy charities. So you may be wondering, how will I ever choose one (or a couple)?

Our advice? If you are interested in supporting a specific cause like coral reef preservation or eliminating plastic pollution, choose a charity focused on that initiative.

However, if you’re looking to just support the health of our oceans as a whole, there are numerous options on this list that would allow you to do so.

The fact of the matter is any donation to an ocean conservation charity is extremely helpful and an act of kindness, so try not to worry too much about which charity it is, as long as it’s a credible one.

So get out there and donate or volunteer to help preserve our marine life and ecosystems!