Cockscomb cup coral, known scientifically as Desmophyllum dianthus, is a stony coral that murks in the deep sea. This marine invertebrate found in fjords thrives in darker and cooler climates rather than shallow and tropical waters.

The cockscomb cup dates back to the Pleistocene Epoch period and has been discovered in fossils. Like other coral species, the cockscomb cup struggles to survive due to destructive fishing practices, acidification, and other human-caused environmental threats.

Cockscomb Cup coral is similar in weight and length to similar other types of coral. Measuring 2.36” – 5.91” inches or 6 – 15 centimeters, its size is comparable to a teacup. This slow-growing species only sprouts 0.5 – 2mm per year.

Due to its stony exterior, the cockscomb cup classifies as a “hard coral.” Often pink or peach in color, cockscomb looks like a flower with thin and delicate petals on the deep-sea floor. Like other hard corals, its skeleton-like texture forms when calcium carbonate, also known as limestone, settles and becomes rock.

Cockscomb up has a lifespan of up to 200 years. Generally, deep-water coral species tend to live longer only because there is less opportunity for human or natural devastation. At greater depths, animals are protected from elements that would affect species in shallower waters, such as temperature changes.

Like other species of coral, cockscomb cups reproduce asexually and sexually. In asexual reproduction, a bud from a parent coral drifts through the water to grow or create new colonies.

Meanwhile, sexual reproduction occurs amongst three-quarters of stony corals, such as cockscomb. Able to produce male or female gametes, these species release many eggs and sperm into the water.

Because male and female corals cannot contact one another to produce, eggs and sperm are released into the water in the hopes that they will spawn to create new coral life. This organized and synchronized event occurs along many reefs at the same time to promote mass spawning and reproduction.

Where does the Cockscomb Cup Coral live?

When most people think of coral and their habitat, they assume that they’re found exclusively in tropical climates and shallow waters. On the other hand, cockscomb is found in both shallow and deep-sea coral reefs from depths of anywhere between 2 and 2460 meters.

For this reason, the cockscomb cup is considered a cosmopolitan species. This means that this species has been reported in all oceans of the world from the Mediterranean Sea to the Arctic Circle.

Recently, scientists have discovered a population of cockscomb thriving in shallow and cold fjords, a long, deep, and narrow body of water with steep cliffs, in Southern Chile. Previous to this discovery, scientists were convinced that this species of coral only inhabited deep waters, which prevented in-depth research on this particular species. Now, scuba-based research can study this deep-sea species more closely.

This recent discovery of this closely inspected population means that cockscomb can habitat, eat, and thrive in warm or cold temperatures.

Cockscomb most commonly inhabits underwater hard surfaces like rock walls or boulder grounds in deep or shallow waters. They can also be found on mussel or oyster shells. 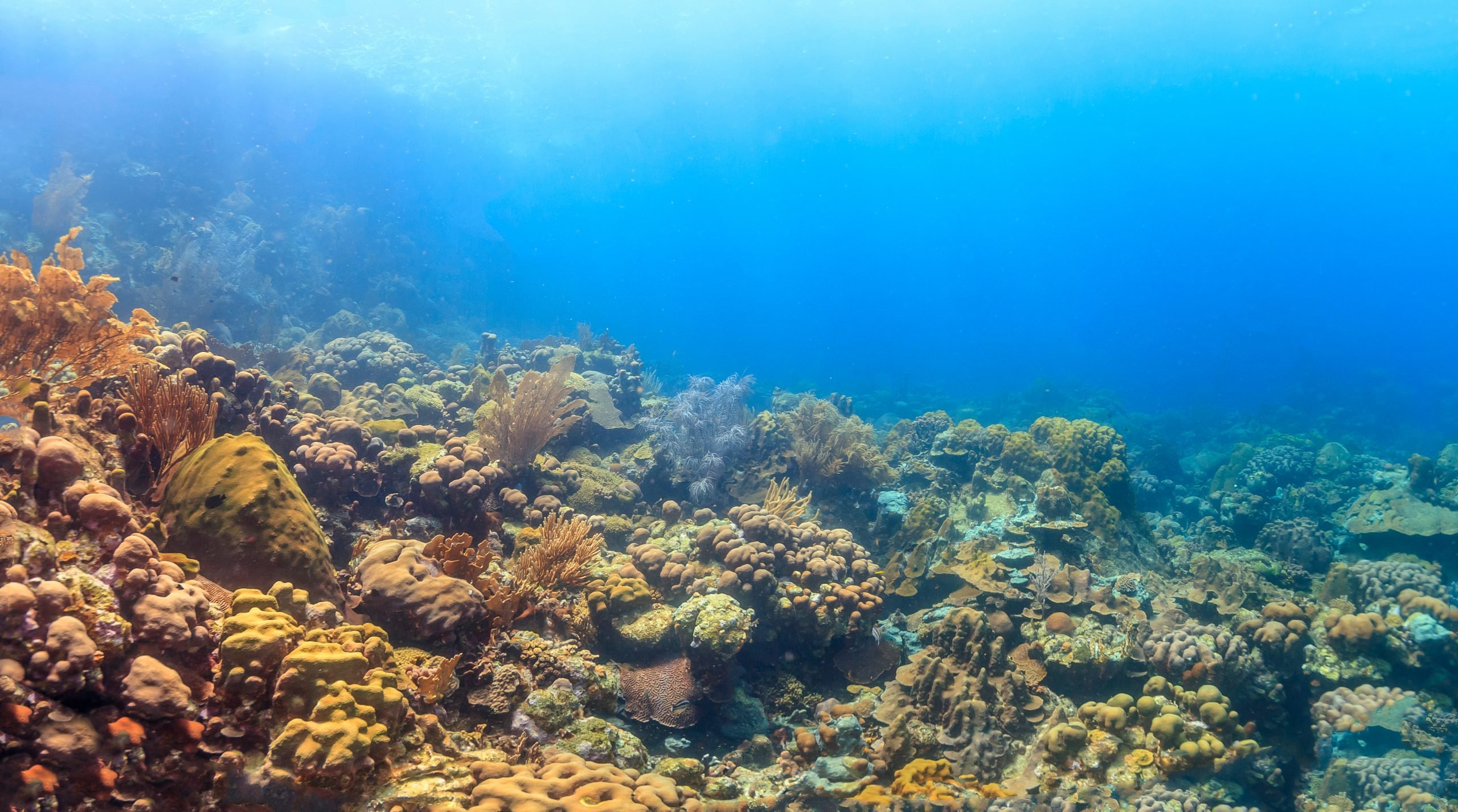 What does the Cockscomb Cup Coral eat?

Unlike shallow-water corals, like those in the Australian coral reef, cockscomb and other deep-sea species are filter feeders. This means that they obtain their food and energy by picking individual plankton from the water that flows along with the current.

Zooplankton, Copepods, Amphipods, and azooxanthellate are just some examples of plankton eaten by cockscomb.

This way of eating differs from the shallow-water corals that get their food from symbiotic algae that live within their cells. Because deep waters are cooler than shallow waters, scientists deduce that species like cockscomb eat this way to conserve energy.

Destructive fishing practices, most notably bottom trawling, deeply threatens the deep-sea coral reefs. These unregulated and harmful practices scrape coral right off the seafloor and as a result, damages the natural habitats of many underwater species.

Plastic waste polluting our oceans is also a threat to the cockscomb cup population. Because they filter feed, scientists have discovered morsels of plastic in their diet. Eating these microplastics rather than foods part of their natural diet is a sure way to speed up their destruction. 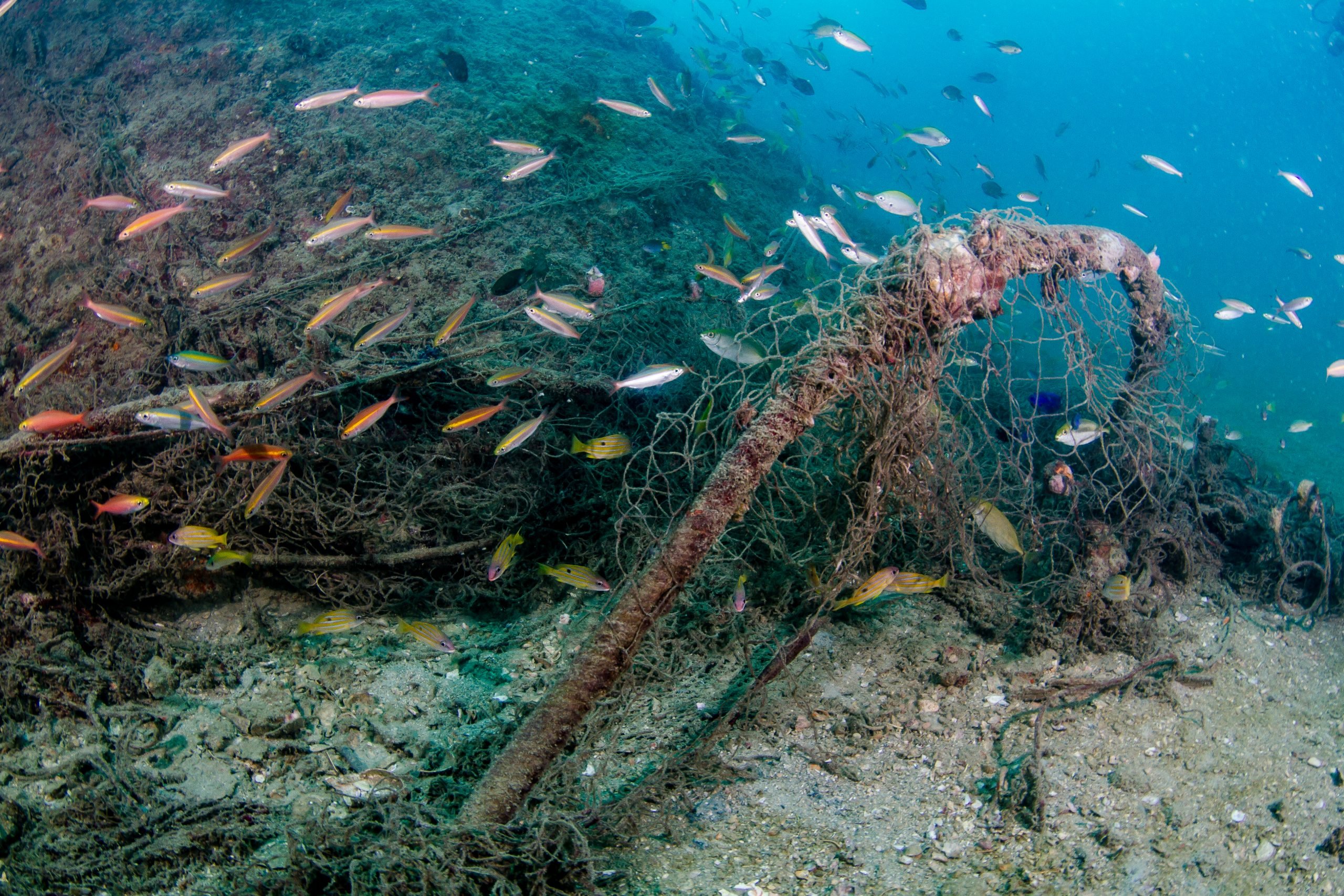 Calcium carbonate, a foundational component to the origins and existence of stony corals, has become increasingly rarer as the ocean acidifies. As the Earth’s atmosphere contains more and more carbon dioxide, our oceans will continue to absorb acidic compounds from the atmosphere, causing them to affect our oceans.

This is particularly problematic for shallow waters, where a recent cockscomb population has been found because its waters are more vulnerable to acidification. Scientists predict that waters in which deep-water corals live may become so acidic that they will literally dissolve their skeletons resulting in the permanent destruction of this incredible underwater ecosystem.

While coral doesn’t have the same kind of predators as fish and other aquatic life, there are a few that may feed off of cockscomb cup coral. Large sea stars, like the Acanthaster planci, have been reported to slowly crawl over coral and feed on their living coral tissue.

Other destructive and rather unlikely predators, various species of fish, marine worms, crabs, snails, and even barnacles, can feed off of the coral.

Coral bleaching is a severe issue for many shallow-water coral beds. This occurs when corals experience changes in their environment, such as drastic changes in temperature, light, or acidity levels. As a result, they expel the symbiotic algae living in their tissue, which causes them to turn white.

While tropical storms are common, they are becoming more common due to climate changes. Large waves and turbulent weather can cause extensive damage to coral heads. Even one storm can greatly impact the livelihood of an entire coral colony. Due to damage, slow growth can make the cockscomb cup coral more susceptible to algae.

For a long time, researchers have agreed that deep water species stand a greater chance of living on mostly because it’s free of human activity. However, cockscomb cups and similar species are not completely out of danger.

This is why conservationists are paying more attention to cockscomb and other deep-sea coral more than before.

One of the most effective and common approaches to reef restoration and conservation is to place artificial structures on the ocean floor on which coral can grow. Concrete structures, small metal shipwrecks, and even bottles prove to be successful restoration surfaces for coral to grow on.

Scientists also breed artificial coral and reefs in tanks and transfer them onto natural ecosystems to support the other species that rely on this habitat.

While these conservation and management efforts have been successful, without improving the quality of our oceans or reducing destructive fishing practices, reefs will have a much harder time surviving–artificial or not.