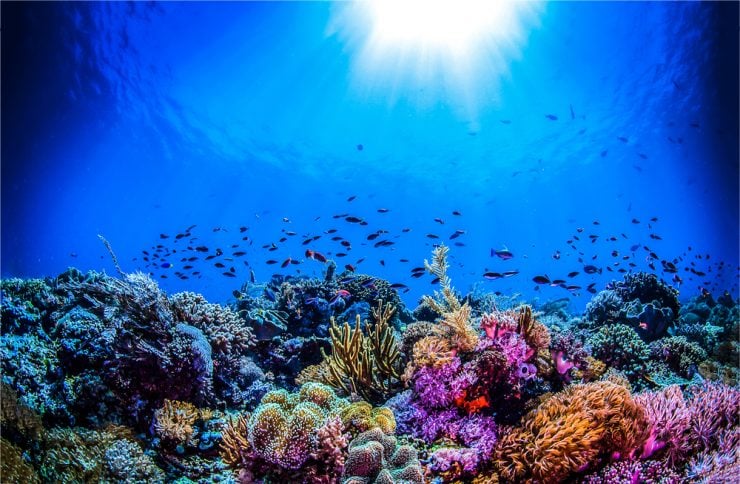 Most people have heard about coral, but how much do you actually know about it? Coral has a variety of different purposes when it comes to natural processes and occurrences, and they are more important than you might have thought.

There is so much to learn about coral that you probably wouldn’t have otherwise known, and we are here to help you learn more about this diverse being. Can you eat it? Is it an animal? These are all questions that we are going to answer for you here.

In this article, we are going to tell you everything that you need to know about coral and what it does. We are also going to talk about coral reefs and what they are. If you are looking to find out more about coral, just keep reading.

What is the Purpose of Coral?

Coral provides an important ecosystem for life underwater, it works to protect coastal areas by reducing the power of the waves that hit the coast, and it provides a crucial source of income for millions of people.

Coral can also provide homes to thousands of different species.

Coral is very diverse, and coral reefs are considered to be the most diverse ecosystem on Earth. Biodiversity ensures that some life will continue to survive, even after major events that are capable of wiping out lots of different species.

Biodiverse ecosystems also provide services that would be difficult and expensive to reproduce artificially.

Coral itself might not make the tastiest treat, but coral can still help to provide food to millions of people in other ways.

Coral, just like trees, provides three-dimensional structures and substrate to house and feed fish and other marine animals. Obviously, these are things that us humans eat. It is even estimated that over 1 billion people will depend on food that coral has helped to create.

Coral reefs will also protect and create land, as they can dissipate wave energy from storms and tsunamis, which can work to reduce damage on adjacent land.

Many islands continue to exist above the surface of the ocean, even long after the volcanic island upon which they first grew has cooled and sunk below the waves. This is all down to the growth of corals and other organisms.

It is also thought that coral reefs are able to supply natural medicines/ Compounds that are effective against disease-causing agents, like bacteria and fungi, already exist in nature.

These could be developed into effective drugs for people if they can be isolated. Coral reefs are a great place to find these natural products. This is due to their biodiversity.

Can You Eat Coral?

No, there are no types of coral that you would want to try and eat. Stony types of coral are essentially a thin layer of tissue over a calcium carbonate skeleton.

While there are a few animals that will eat coral tissue, like parrot fish and other invertebrates, humans would not be able to as it would likely break your teeth.

Technically, coral cannot move. Corals are sessile creatures, and this basically means that they are immobile, and they are stationed in the same spot.

They are able to reproduce by releasing sperm and eggs into the water to create baby corals. These corals will then land and settle in place.

When coral dies, it will leave behind a hard calcium structure that previously comprised their bodies. As this layering process is repeated multiple times, the coral reef will expand and ‘move’. Some coral reefs can become up to 100 feet thick.

Do Corals Have Eyes?

A coral polyp has no eyes, ears, nose, or tongue. Corals also don’t have brains, and In place of a brain the polyp has a nerve net, which goes from the mouth to the tentacles.

Is Coral a Plant or an Animal?

As we have previously mentioned, corals are sessile, which means that they will permanently attach themselves to the ocean floor. This is pretty much like taking root as most plants would.

However, corals are actually animals, though, and this is because they are not able to make their own food. This is something that plants do. Instead, corals have tiny, tentacle-like arms that they will use in order to capture their food from the water and eat it.

What is a Coral Reef?

For those that don’t already know, a coral reef is a large underwater structure that is made up of the skeletons of marine invertebrates, which are called coral.

The coral species that makes up the coral reef is known as hard coral, and this is because they are able to extract calcium carbonate from seawater in order to create a hard and durable exoskeleton that works to protect their soft bodies.

Each individual coral is called a polyp, and coral polyps will live on the calcium carbonate exoskeletons of their ancestors. When they die, they will add their own exoskeleton to the structure.

As time goes on, the coral reef will only continue to grow, until it becomes a huge feature of the marine environment.

Due to the fact that scientists have only explored around 20 percent of the ocean’s floor, it is highly likely that there are lots of coral reefs that have yet to be discovered.

In fact, ocean explorers continue to discover previously unknown coral reefs that have likely existed for hundreds of years.