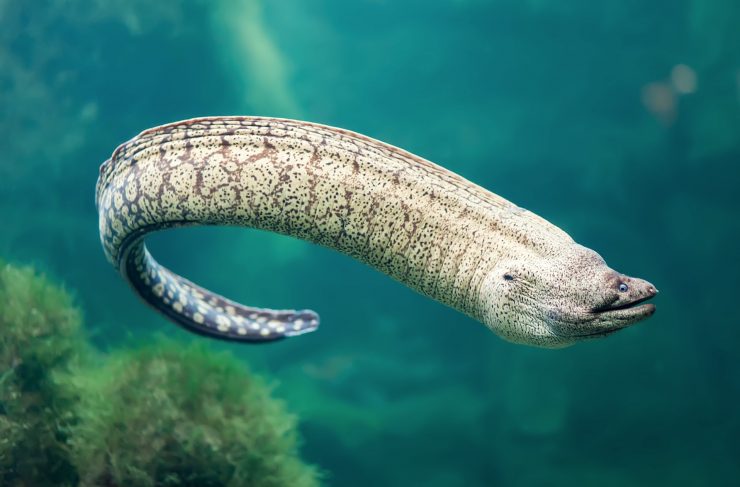 Eels are a marine animal that is often overlooked. When we think of eels, we usually think “What on earth are they!?” which is a very valid question! They don’t seem to fit into a specific category as they are unlike any other type of animal.

Saying this, one might be surprised to know that eels actually do not have their own category; rather, they are just funny looking fish! In addition, different types of eels belong to different groups of fish.

True eels are basically an elongated, slimy fish belonging to the Anguilliformes order (meaning “snake shaped.”). There are over 800 species of eels belonging to this category. Who knew there were that many kinds of eels!?

A majority of true eel species live in saltwater environments. However, some eels prefer to live in freshwater, spending a good amount of their life in rivers!

With this said, all eels breed in saltwater environments, even those that prefer freshwater.

Examples of true eels include the following:

Garden eels are a type of eel you may recognize! They look like tiny flowy pencils coming out of the ground, and they burrow if they get scared.

Moray eels, which are known for having some pretty neat color and camouflage techniques. A fun fact about moray eels is that the word “moray” translates to “eel” in Greek, which means that moray eels are actually “eel eels!”

Gulper eels were recently categorized as a true eel. They have huge mouths and can expand to multiple times their size in order to ward off predators and threats.

Ribbon eels are very pretty eels that, yes, look like ribbons! Their color changes throughout their lifespan, and they turn blue and yellow as they mature. Some say that this eel resembles a dragon!

Snake eels are another kind of true eel that have funky nostrils and fun colors to discourage predators from approaching them. 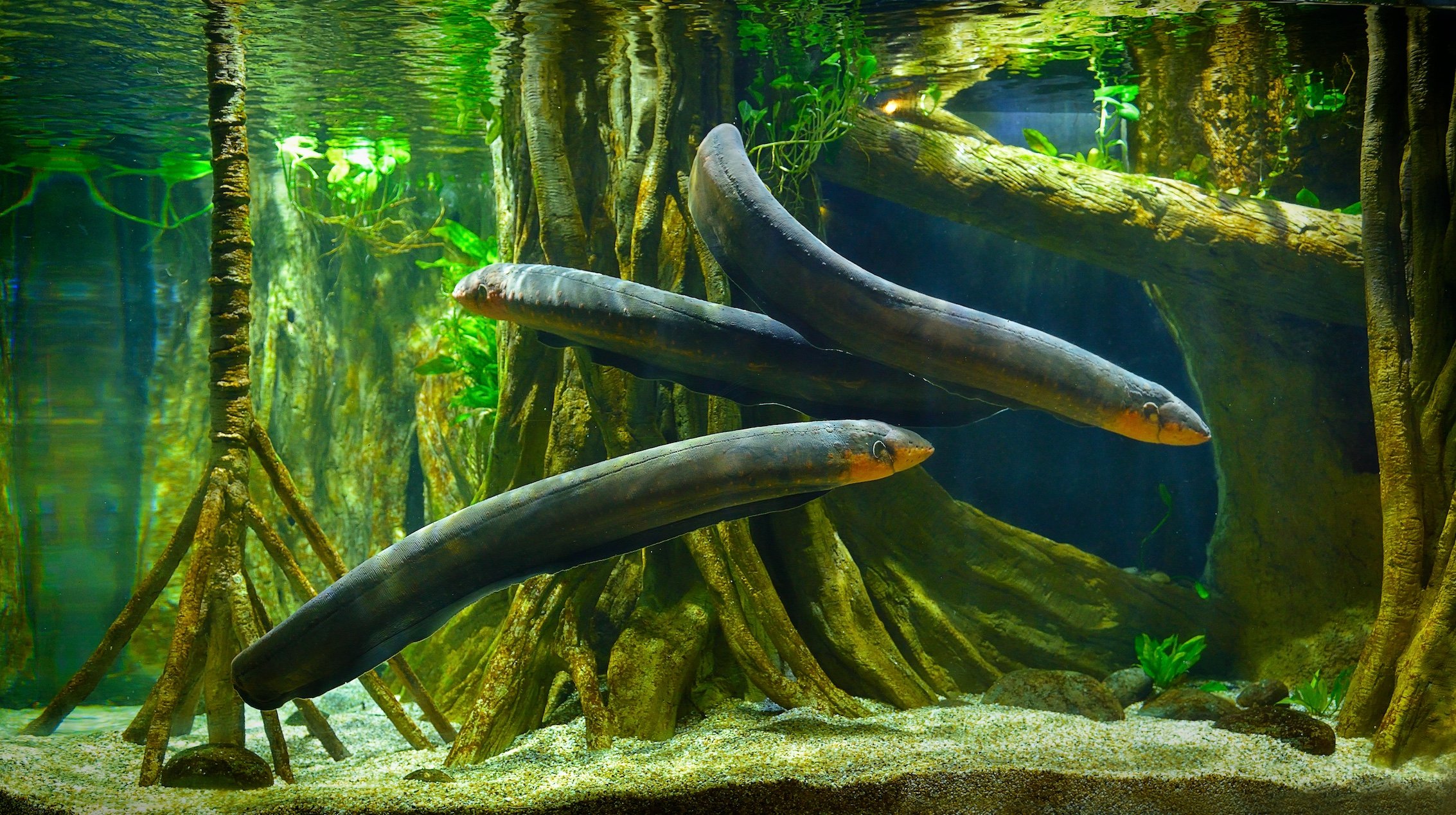 You may be thinking, “why weren’t electric eels included in the eel list above?” That’s because electric eels are not technically eels! Rather, they are a kind of knifefish that generates electricity. They are actually more closely related to catfish than they are to true eels!

Electric eels have an electrical organ that takes up 80% of its body, with all of its other intestines crammed into the remaining 20%. Electricity is used for communication, hunting, and to harm predators.

You can usually find electric eels in south america, though you may not want to run into them! While electric eels will not usually kill a human, 600 volts of electricity will certainly hurt you. 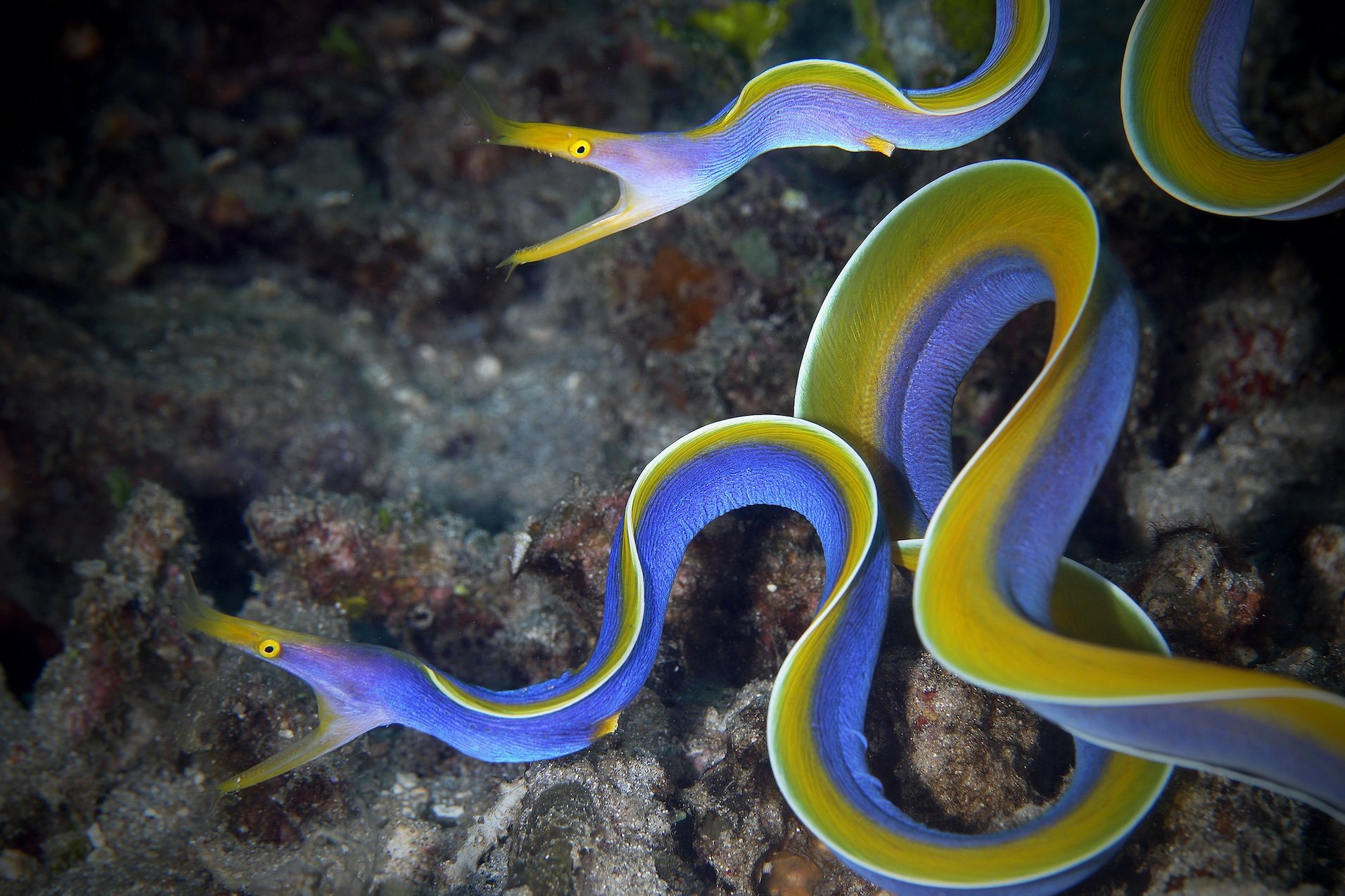 Many of us have always thought that eels are, well, eels! Unfortunately for eel lovers, this is not the case. True and electric eels are not actually their own category of creature, but are just elongated fish.

To make matters more confusing, true and electric eels are not even the same kind of fish! They are not closely related to each other at all, and have very little in common other than their long limbless bodies.