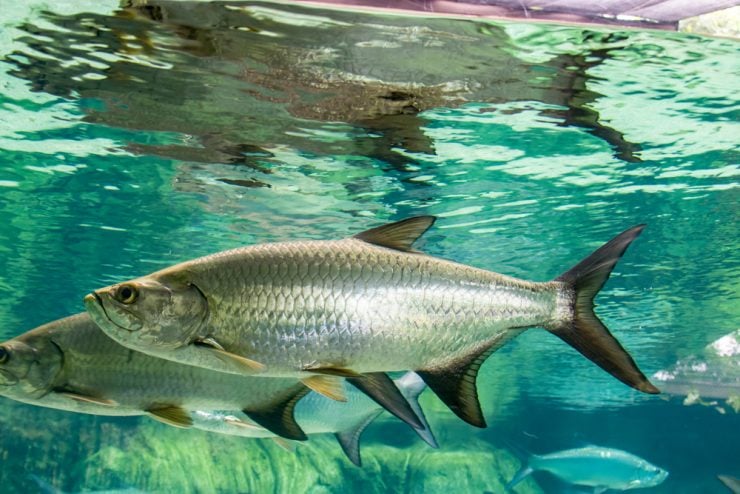 Tarpons are large fish found in both the Atlantic and Pacific oceans. The species endemic to the Atlantic are most popular in the Americas and Europe, known more popularly as silver kings for their shimmering silver scales. Can you eat tarpon?

Tarpons can grow to be up to 8 ft long, weighing 355 lbs., making for impressive and photographic catches on open sea fishing trips. Despite their massive size, tarpons are agile, often executing stunning aerial acrobatics.

If you’re wondering whether tarpons are good for anything more than sports fishing, then read on to find out if they’re edible in the following sections.

Do People Eat Tarpon and Is It Safe?

Tarpons aren’t a popular species for human consumption because their meat is riddled with small bones that are difficult to extract. That said, fish industries outside of the U.S. do offer tarpons for sale for consumption.

As a large species, they offer plentiful meat that’s lean and high in protein. Tarpon consumption is more prevalent in Panama and various African countries.

Their small bones do not pose a threat to digestive safety, but it’s annoying and unpleasant to bite into small bones hidden throughout tarpons’ flesh.

It’s also an arduous process to debone tarpon, and many opine that it’s more work than it’s worth.

Another reason tarpon isn’t a popular fish for consumption is its strong fishy taste. Their odor is the height of fishiness, often discouraging potential consumers from even trying their meat.

They have white flakey flesh and oily skin that offer a good texture. However, because there are so many small bones to extract, it detracts from the flaky texture.

Can You Eat Tarpon Raw?

You can eat Tarpon raw if you combine it with salt water or acid. This will ensure that any foreign bacteria are eradicated.

The easiest way to prepare Tarpon raw is by chopping it up into bite-sized pieces and combining it with lime juice and garlic to create a kind of ceviche.

How To Cook Tarpon

With any strong-tasting fish, the best way to mask the flavor is by combining it with other stronger flavors or using a cooking method that dilutes or masks the fishiness.

The first task, however, is deboning the Tarpon, which is unfortunately very labor intensive. The skin is oily and inedible, and the Tarpon also has a hefty layer of fat you’ll want to remove.

Once you’ve completed the cleaning and deboning process, you can use various cooking methods, from poaching to pan-frying.

Again, the strong odor will inevitably seep into the tarpons’ inherent flavor. Therefore, using a sauce or combining the meat with other ingredients in a cake are the best ways to mask the flavor.

You can eat tarpon as a thick filet, but you probably wouldn’t want to because a simple frying or grilling method won’t extricate the fishy flavor. 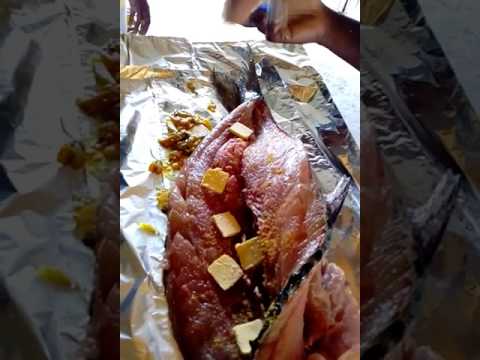 Ingredients:Irish potatoes,pumpkin,carrots,garlic,escellion, chicken nuddle spice ,butter, Maggie fish season,okra ,pepper, sweet peppers, combine all and add a small amount of water to simmer for 3-5 minutes on low heat ,then add the ingredients to the fish to stuff it .

The most popular way to eat tarpon is by using it in a fish cake or fish ball, so you can use this recipe to incorporate tarpon with other hearty and flavorful ingredients.

Is It Safe to Eat Tarpon?

It is safe to eat tarpon as they do not have any toxins or harmful agents to the human digestive system. Whether you want to debone them or eat a fish with an overwhelming fishy smell is a matter of taste.

Given the variety of cooking methods and recipes offered above, there are ways to mask the flavor and enjoy the nutrients and texture of tarpon meat.

Why Are Whale Sharks Endangered?