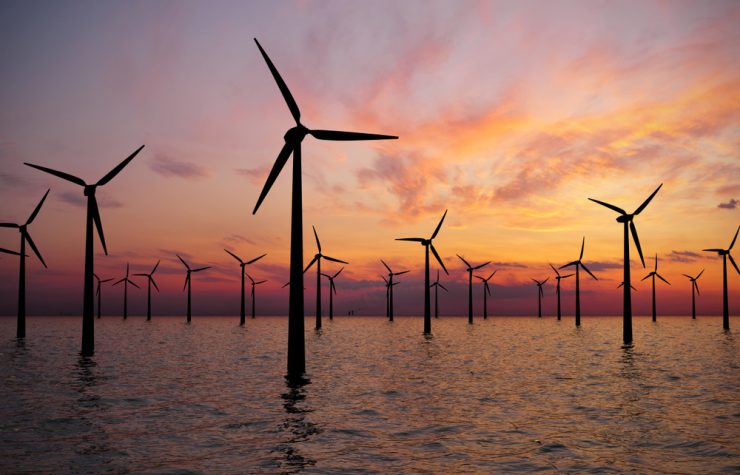 Could California Have Offshore Wind Farms in the Future?

California has long been one of the world’s pioneers of renewable energy sources.

From solar power to electric cars and wind farms, the state has been on the cutting edge of many innovations within the energy sector.

It’s hard to find many faults in California’s transition to predominantly renewable energy, but if there is one, it would be its lack of off-shore wind turbines.

What Is Offshore Wind Power?

Offshore wind power is the usage of wind farms usually rooted in the water off the coast of a country or on a large lake.

These wind farms consist of wind turbines, which are massive structures that spin around and generate electricity that can power whole areas.

It currently accounts for less than 1 percent of the world’s electricity generation, though it is steadily increasing in many parts of the world as a new, more environmentally friendly source of energy. 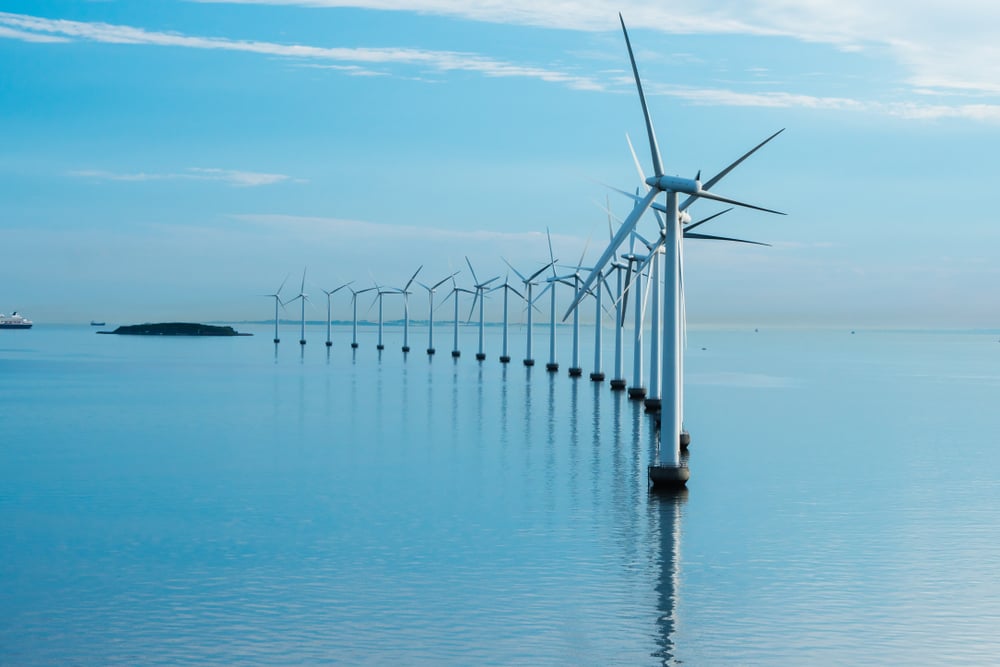 Offshore wind farms can be found globally, but predominantly in European countries.

Nations including the United Kingdom, Germany, Denmark, Belgium, Netherlands and Sweden all rank among the world leaders in the production of offshore wind energy.

In fact, the UK and Germany alone account for a supermajority of the total offshore wind power worldwide as of 2020, with the UK possessing the largest offshore wind farm on the planet.

The first offshore wind power facility in the United States was built off the coast of Rhode Island, though it isn’t sizable and wouldn’t even come close to what is being proposed in California.

It’s safe to say that California has its work cut out for them in this department in order to catch up with the rest of the world, though.

What is California Doing to Increase Offshore Wind Power?

The good news is that they’re doing a lot to attempt to make up for lost ground in the race for offshore wind power.

Recently, a coalition of labor, industry, and environmental groups endorsed a recent bill in the California State Legislature that would require 3,000 megawatts of offshore wind energy to be commissioned by 2030 and 10,000 megawatts by 2040.

These measures would potentially double the current offshore wind energy production in the state.

Additionally, the bill requires that the state devise its strategy for how to reach and implement these goals by 2022.

It’s likely that San Luis Obispo County, Humboldt County, and the Diablo Canyon will be among the first three sites within California to serve as the launching points for this expansive offshore wind energy project.

The state is expected to begin leasing these areas out to potential companies to break ground on this project as soon as this year, but more likely by the 2022 deadline that was previously set.

The bill is also projected to be an economic boom, creating over 14,000 new construction jobs, as well as being key to reaching its plateaus of 60% renewable energy by 2030 and 100% carbon-free energy by 2045. 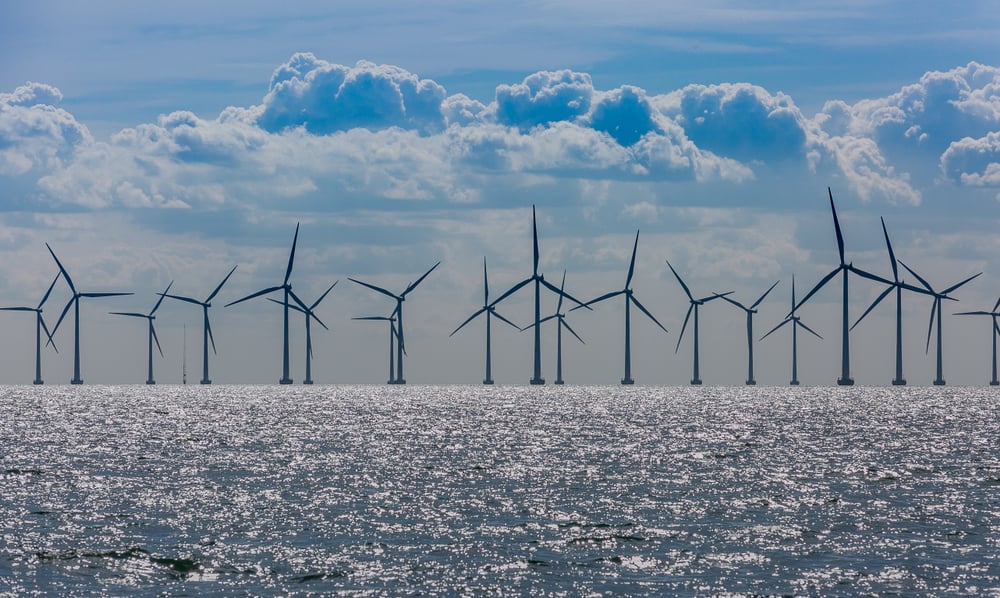 The idea of using offshore wind power seems like a forward-thinking and environmentally savvy plan, but it won’t be easy to execute.

First, the sheer size of the wind farm California is seeking to build would be unprecedented even among countries that have formidable wind reserves at the moment.

Energy costs might be coming down, but that won’t make the construction of these farms any less expensive.

Fishing groups have also expressed doubts about whether these massive ocean turbines would eliminate spots for ocean fishing, which would of course be a major point of contention from that industry.

At the same time, environmentalists are concerned that the turbines could pose a significant risk to marine wildlife that live near or off California’s coast, such as whales and birds.

Also, the depth of the ocean water in the Pacific is much greater than other places, meaning additional floatation devices would be necessary to uphold the turbines, as opposed to being able to entrench them on the seafloor like off the coast of the United Kingdom.

The amount of land this project would occupy, in combination with the potential adverse effects on local marine life and the fishing industry, could actually make these actions difficult to realize, especially as offshore wind farms are still relatively unproven.

For a more specific estimate of the magnitude of this project, consider that 10,000 megawatts of power would require as much as 1,200 square miles of ocean, or the approximate distance from the western half of Maine to the eastern tip of Iowa.

With this visualization, it’s easy to see why there would be opposition to this project, despite the potential long-term benefits and near-immediate job creation.

What are the Benefits of Offshore Wind Farms?

The primary benefit of offshore wind farms is that it is a major source of renewable energy.

Specifically to California, this fits well with their long-term aspirations to resort to completely renewable energy by the middle of the century.

Additionally, offshore wind farms can reduce the risk of electricity blackouts that often accompany dangerous storms or earthquakes, since the energy source would be coming from the wind and ocean, instead of through artificial power lines and grids.

This is especially relevant given California’s propensity for wildfires, which are only exacerbated by these electrical grids.

More renewable energy would likely lead to less serious and slower spreading wildfires, something that can’t be understated after terrible wildfires plagued California in 2020. 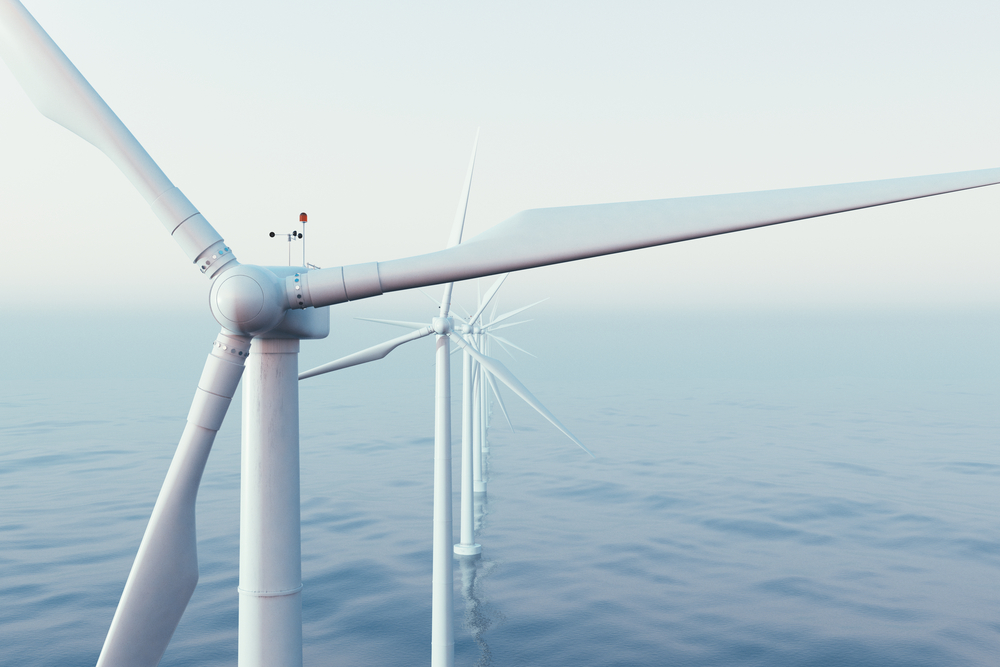 It won’t be easy to move this plan for offshore wind farms forward: there are both strong backers and fierce opponents that have cases to make.

One thing that isn’t in doubt about offshore wind energy is that it’s significantly better for the long-term health of the environment, and California.

The questions primarily lay in the logistics of the whole plan, from construction to status of habitats, to different affected industries, and even just the relatively new nature of this form of energy.

Regardless of how California approaches their strategy to implement offshore wind farms, it is sure to be ambitious and hopefully very rewarding.