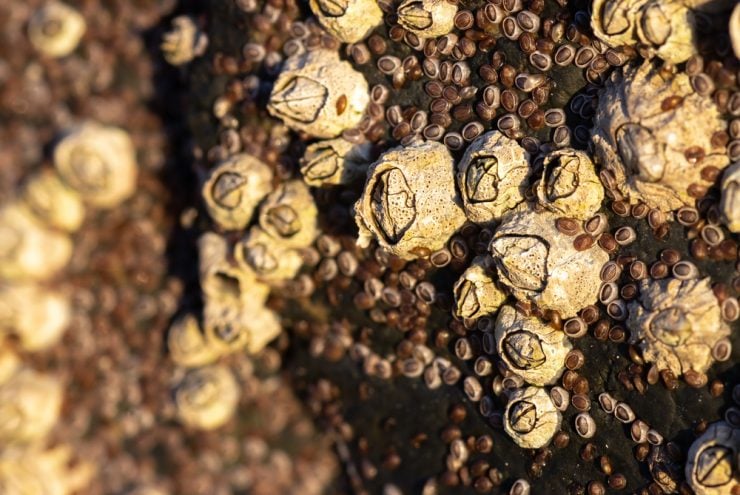 Can You Eat Barnacles and How Does It Taste?

If you’ve ever sat on a dock to fish, watch the sunset, or take a break from fishing, you’ve probably noticed odd-looking masses stuck to the posts. These cone-shaped, sharp masses are marine animals known as barnacles. Have you ever wondered, can you eat barnacles?

They may not be fun to step on, but they play a vital role in filtering organisms that consume plankton and extraneous floating substances in ocean water. People eat mussels and oysters, so why not barnacles?

Not only are they integral to ocean ecosystems, but they’re also an integral part of the human diet. You can eat barnacles, and they taste delicious!

You can read about how you can eat barnacles and discover recipes in the following sections.

Do People Eat Barnacles and Is It Safe?

Barnacles are edible and safe to eat. They’re tasty and widespread crustaceans that have become prized delicacies in fancy restaurants and fish counters around the world.

That said, there are numerous species of barnacles, and not all are safe to eat.

In fact, of the numerous types of barnacles, only two are edible and harvested for human consumption. Gooseneck barnacles and acorn barnacles are the species eaten by humans.

Gooseneck barnacles are the most popular for consumption because they supply more meat than acorn barnacles.

Since barnacles are filtering organisms, they trap a lot of dirt and unwanted detritus, so to ensure safety, you will need to clean them thoroughly before eating their meat.

Barnacles are such prized delicacies because of their flavor and texture. Their meat looks like snail or mussel meat, but barnacles are more closely related to crabs and lobsters.

Their meat is thus a perfect balance between sweet and briny, with the same chewiness and juiciness as lobster meat.

Can You Eat Barnacles Raw?

You can eat barnacles raw. Many restaurants use raw barnacle meat in ceviches.

It’s important to ensure you’ve shelled and thoroughly cleaned the barnacles as there’s nothing worse than getting a mouthful of leftover grit from the barnacle shells.

Considering how easy it is to overcook this expensive delicacy, raw consumption might be your best bet!

How To Cook Barnacles

You can cook barnacles using any of the methods used to cook other shellfish. You can boil the barnacles in saltwater in their shells, removing the inedible shells and head of the barnacle after they’ve cooled in an ice bath.

Barnacles also taste wonderful grilled or pan-fried in a little oil and lemon juice. They are so flavorful, that you don’t need an elaborate, multi-ingredient recipe to showcase them.

They don’t have a lot of meat, so cooking times are very short, whether you boil, grill, or sautee them. Letting them cook for too long will create an unpleasant rubbery texture.

Barnacle recipes abound as they are a treasured delicacy worldwide. The most straightforward recipe is to boil them in their shells, which you can read about here. 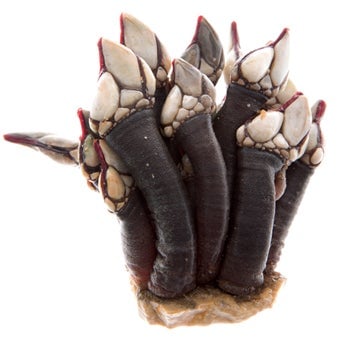 Simple way to cook the barnacles

Prepare and cook them in about 10 minutes

You can enjoy boiled barnacles with a wedge of lemon for an appetizer, or toss them into a salad, risotto, or pasta dish to make a full meal out of them.

Is It Safe to Eat Barnacles?

As long as you use the gooseneck or acorn barnacles, barnacles are safe to eat and utterly

delicious! Their status as a prized delicacy equates to a high market price.

Harvesting them is an arduous task, accounting for their expensive price tag. Whether you’re preparing them at home or ordering them at a restaurant, barnacles are a special treat!

How to Ditch Single-Use Plastic

10 Jobs You Can Get With a Degree in Marine Biology